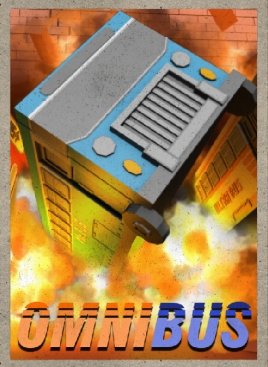 A while ago, I was watching a video review of an episode of the Adult Swim cartoon 12 Oz. Mouse, a show that I have never really liked. The critic was…not fond of it as well, to say the least, slamming the show for its crude animation, lack of humor and overwhelming amount of laziness, among other things. Scroll down to the comments and immediately you find people saying “But you just don’t get it!! It’s deliberately meant to be bad! It’s supposed to be a case of stylistic suck, and something so bad, it’s good!” or other similarly-worded defenses.

And what I wanted to do was to take those people, shake them around and yell “No, YOU just don’t get it!!” in their faces. But the video was several months old and these were YouTube commenters, so logic didn’t apply here, but I wanted to mark big red capital Fs on their foreheads for failing to understand how those tropes work. For one, deliberately trying to make something that’s so bad, it’s good implies that you’re still aiming for it to be deliberately good overall. Just simply making something deliberately bad with no intention of it being good produces something…well, bad.

But more importantly, stylistic suck also does not work by simply making things deliberately bad. No, stylistic suck is applied in cases where you want something to only look shoddy or bad, typically for comedic or artistic effect. Like a cheesy ode to blacksploitation films, a complete mockery of overly generic peace ballads, or an amateur cartoon about deli meats that acts as a “Springtime for Hitler” moment. Despite its name, stylistic suck is actually used with the intent of producing something good.

Where am I going with this? Well, I bring all of this up because the video I saw got me thinking about OmniBus and how it does stylistic suck right. As mentioned earlier, the “Intentionally Awkward” subgenre of indie games can be a bit of an annoying one, with too many amateur developers thinking that all you need to have is a bunch of props to crash into as you move around, as the number of “[BLANK] Simulator” games that tend to pop up on Steam Greenlight can attest to. And OmniBus may look like one of these games, sure, and it’s not like you don’t crash around as crude polygons constantly give physics the bird, but underneath that 1995-era crust is a damn fun and challenging driving game that clearly had a lot of love put into it. 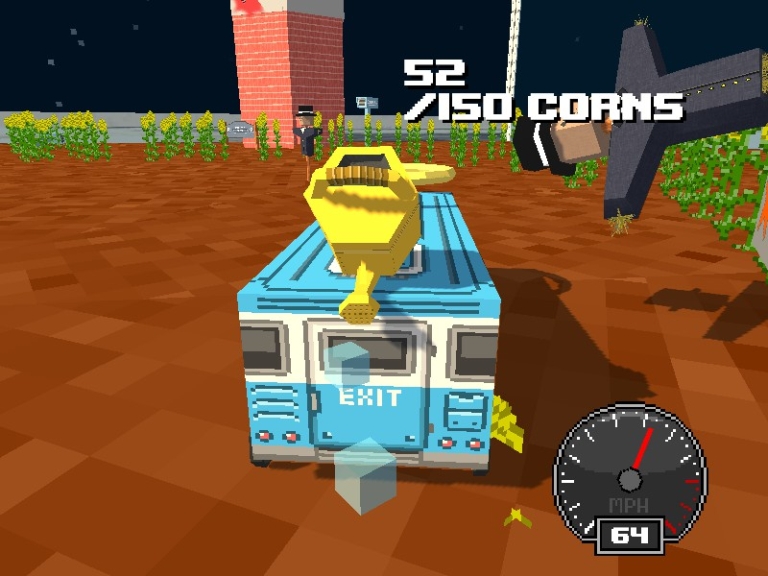 OmniBus is a deep look into a day in the life of our titular bus, as you lead it through a series of everyday activities. You drive passengers around, deliver beverages, flip a double decker bus through the air to dump passengers out into a wedding, harvest the space corn, drive up the side of a building to topple a giant ape, rob a train, et cetera. You know, the usual bus-related stuff. Any true story the game has is told simply through crudely-digitized photos at the beginning of each level explaining your current objective/escape plot. It’s nicely corny and delivers a cute dose of humor before you go straight into some hot bus action.

As the previous list of activities may suggest, each level in OmniBus not only has a goal, but a slight change in gameplay as well. One moment you’re herding cattle as gracefully as you can, trying to avoid obstacles before you get to the finish, and the next throws you into a full-on demolition derby where you have to grab power-ups that cause pinball bumpers to grow on your body. It definitely makes sure that everything stays fresh, and each new goal is indeed incredibly enjoyable. The only constant is that your bus is always constantly speeding up, even after you’ve just made a crash landing from twenty feet in the air. Indeed, there will be several springboards, bumpers, and various hazards in each level designed to throw you around. 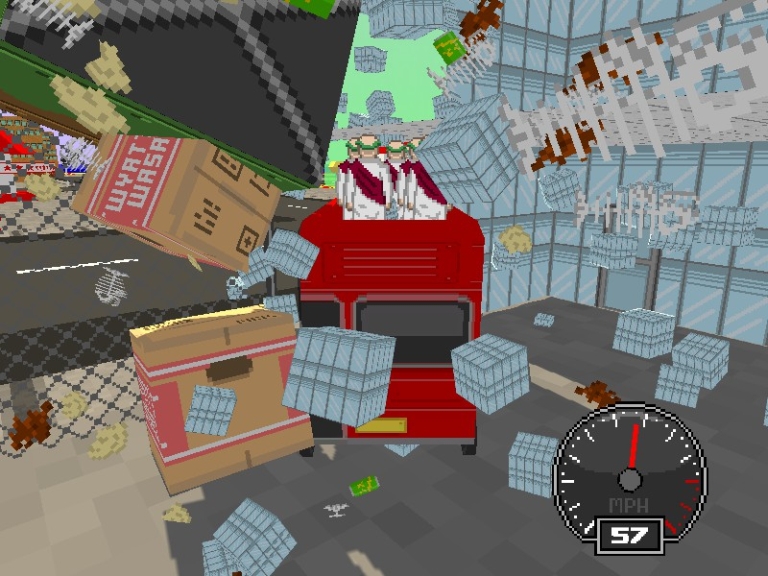 Of course, that’s a huge chunk of the fun! While getting into a massive collision and playing through an entire building before you careen off the edge of a level is fun, it’s just as (if not more) satisfying to wind up in such a massive crash and still straighten yourself out in time before you hit the ground. OmniBus definitely appears sloppy in the physics department, but there is indeed some surprisingly tight gameplay here that rewards skillful driving and offers up a perfectly tough but fair challenge. You have to work with several types of buses here – ones that can jump, alter their gravity, or are just a bit tipsier, among others – and mastering them takes some notable skill indeed. The boss battles at the end of each world also put up quite the fight and are particularly creative, making sure you’ve mastered the various vehicles.

Aesthetic-wise, OmniBus nails the look of the cruder parts of the mid-’90s perfectly, and the various colorful props placed around each well-designed level do their part nicely as you travel through cities, space, time and beyond. The music is also a lively bunch of chiptune ditties, though they are a bit quick, and it could have used a wee bit more variety. The same could be said for the extra Free Play maps you unlock, where the goal is to crash into everything you can and perform tricks in order to earn points. It’s definitely fun, and adds to the game’s replayability, but it could use just a little bit more in terms of content.

Finally, it does go without saying that while the physics-defying stunts are a sight to behold, there will be at least a couple of occasions you may find yourself cursing at things not going right (including a couple of the later levels, which demand precision). Speaking of challenge, the collectible hats are a cute idea, but almost insane in actually earning them. Not only do you have to find them and perform whatever craziness needed to reach them, but you also need to complete the level with it as well. Perhaps the more skilled players can grab them, but I only earned one (as the screenshots show). 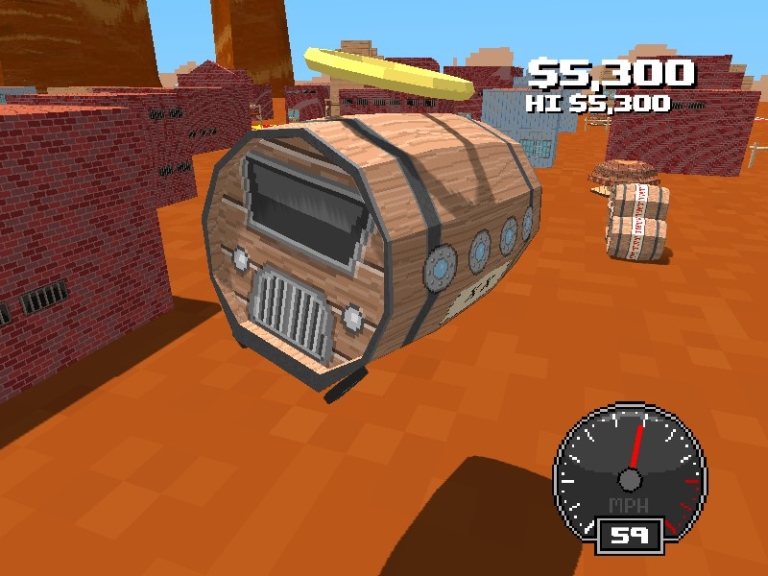 What originally comes off as something completely mindless ends up turning out to be an incredibly exhilarating action games that truly tests your skills…and also happens to have a lot of fun moments that are completely mindless. OmniBus is a crude blast of old-school action that conceals some incredibly addictive gameplay and its bus-crashing glory is worth checking out. Heck, at the very least, it understands stylistic suck better than 12 Oz. Mouse.