With Overwatch, the charming hero shooter from Blizzard, launching this week, we want to make sure that you’re as prepared as possible to help your team dominate. Overwatch’s main focus is clearly on the interplay between its dynamic characters, so in order to become competent, you’ll need to understand how every character works. Throughout the week, we’ll be publishing guides on each of the twenty-one launch heroes, three at a time, with the hopes that you’ll be able to recognize certain patterns on the battlefield.

When it comes to defense heroes, no one has the potential to rack up kills quite like Torbjörn, the bearded Scottish turret-builder. Armed with the Rivet Gun and the Forge Hammer, Torbjörn is the type of character that requires a small amount of practice to master, but once you understand his mechanics, you really understand his mechanics, so to speak. His main weapon, the Rivet Gun, sports two distinct firing methods. The first is a medium-to-long range single projectile that has a slight arc to it, though it still is highly accurate considering its relatively strong damage output. Torbjörn’s secondary firing method functions similarly to a shotgun, firing shrapnel over a short distance with a moderate spread. As you can probably guess, using the primary firing method at a distance and the secondary firing method at close range is going to net you the most damage and kills.

Torbjörn’s first ability, and the one he’s most known for, allows him to build a stationary turret on any flat surface large enough to house it. Aside from the fact that this turret will automatically lock onto and fire at any enemies that wander into its range, but it can also be upgraded to a second, more powerful and hitpoint-heavy version through the use of the aforementioned Forge Hammer. Of course, this does require a bit of scrap, which is earned through kills. Not only is scrap used to upgrade Torbjörn’s turret, but it also plays into his second ability, Armor pack. For the cost of fifty scrap, Torbjörn can throw down a bit of armor for either himself or his allies, which raises the amount of hitpoints that they can take before dying. Finally, his ultimate ability is known as Molten Core, and this not only significantly raises Torbjörn’s health and firing rate, but it also temporarily increases the level of his turret, making it a massive damage-dealer. This lasts for a few seconds, and is a wonderful way to get foes off of an objective once a turret has already been built. 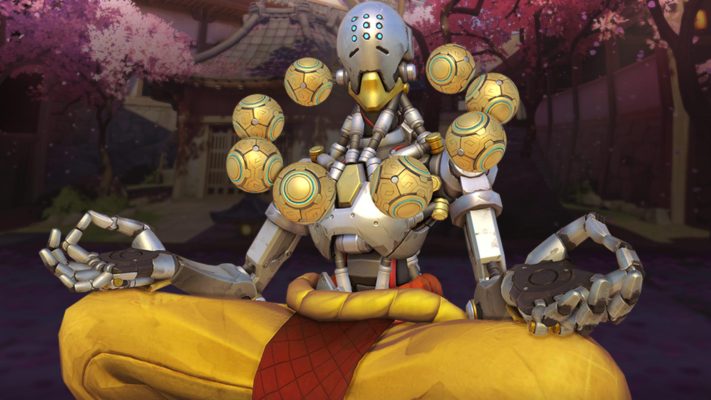 When it comes to characters with a high skill-ceiling, Zenyatta resides near the top of the list. A glass cannon with the ability to heal teammates, a good Zenyatta has the opportunity to completely shift a match in his team’s favor, which is certainly a strong case for giving him a shot. Let’s get his downsides out of the way right off of the bat: everyone’s favorite robotic monk sports a mere 150 hitpoints and doesn’t have any movement-based abilities or perks, making him an easy target when in the thick of battle. Still, his main weapon, the Orbs of Destruction, do a great deal of damage for a Support hero, as they can either be fired one-by-one with extreme accuracy, or charged up and fired (with the amount of orbs that are fired based upon how long the secondary fire button is held for). If you’re the type of player that is really good at aiming your shots, consider giving Zenyatta a shot, as he is an absolute blast when played proficiently.

Zenyatta’s two core abilities are remarkably similar to one another, though they have completely opposite effects. The Orb of Harmony can be thrown onto any ally in the area, and so long as they remain in sight of Zenyatta, they will become the recipients of non-stop healing. However, there can only be one player sporting an Orb of Harmony at any given time, so if you decide to heal another player, this will result in the first orb disappearing. This ability is fantastic for when you need to keep your tank healthy, maintain an ally’s health during their ultimate or when a big push is on the horizon. Conversely, the Orb of Discord can be passed onto a single enemy, and while they are in Zenyatta’s line of sight, they will receive extra damage from all incoming attacks. If you ever encounter a foe who is wrecking your entire team, or if you simply are looking to take out a tank or pesky sniper, this might just be the best ability for the job. Finally, Zenyatta’s ultimate, Transcendence, only lasts for a couple of seconds, but can make the difference between a successful push to victory and a blind bum-rush. For a few seconds, Transcendence makes Zenyatta completely invulnerable and heals all of the enemies in the surrounding area. If you’re looking to win an overtime period, this is one of the strongest tools at your disposal, despite the fact that it doesn’t do any direct damage. 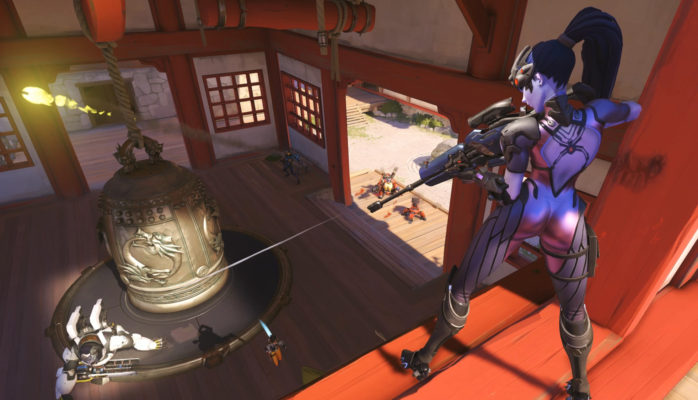 The traditional sniper hero of the bunch, Widowmaker is a particularly lethal character for those with solid keyboard and mouse skill, or those who are particularly great at sniping with a controller. However, if you don’t consider yourself to be particularly precise with your aim, then it’s best for everyone involved if you don’t weight down your team with a desire to get the greatest headshot of all time. Her weapon, the Widow’s Kiss, has two distinct firing modes that make her one of the highest damage dealers of the entire roster, assuming that you play her correctly. If you fire without aiming down sights, it functions as a close-to-medium range automatic assault rifle, though this should only be used to get yourself out of a jam, as it is nowhere near as powerful as its standard firing mode: the long-range sniper rifle. The longer that one aims down sights, the more powerful the shot will be (up until it fully charges to 100%), so if you’re looking to get your quickscope on, you’re playing the wrong game. Headshots are absolutely lethal, so take your time, line up your shots and ensure that you’re fully charged, as spamming only functions to give away your position.

Speaking of positioning, Widowmaker’s two core abilities allow her to either get to a new position quickly, or protect the one she’s currently holding down. The first of these abilities, her Grappling Hook, can be aimed using the reticle, and will quickly propel her towards the surface it’s fired at. Not only is this awesome for quickly reaching positions above the playing field, but it also works wonders when you’re looking to get out of a jam. Widowmaker’s second ability, the Venom Mine can be fired with an arc, and deals damage over time when triggered. This toxic gas mine isn’t just great for crowd control, though. If you’ve ever played a military shooter that allowed you to place claymores behind you while you snipe, you’ll be happy to know that the Venom Mine can have a similar effect. Finally, her ultimate, Infra-Sight, allows your entire team to track the positions of all enemies in real-time, instantly countering any flankers and generally setting you up for success.