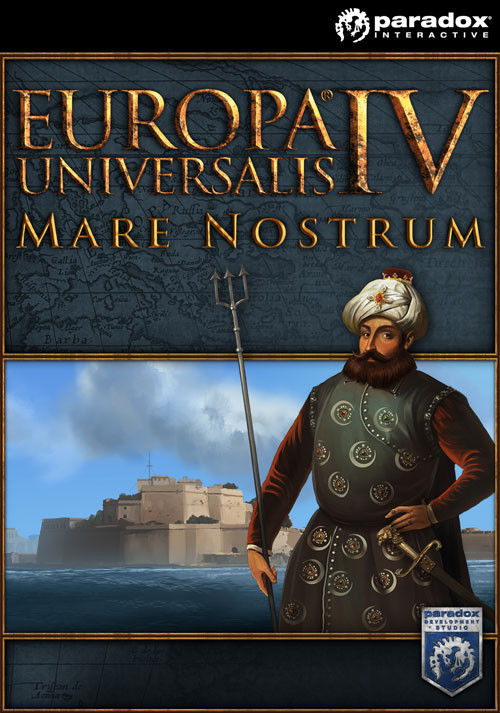 Mare Nostrum, the latest expansion for EU4, includes micromanagement AIs for navies, coastal raiding for north African States and “trade leagues,” a mechanic for small republics to band together against large monarchies. The 1.16.3 patch changes quite a few of EU4’s core mechanics including how claims are fabricated and how overextension works, and adds “sailors” (manpower for ships) and “states/territories” which checks expansion generally and encourages expansion within predefined adjoining areas.

The raiding mechanic gives one solid reasons to try out a game as Tunis or Morocco or even replay them if one already has. Coastal raiding involves sending a fleet to other countries’ coastlines and telling them to raid. Richer provinces will give you more gold and “sailors” (which will be discussed later). This will majorly upset those countries and can only be done once so many years. The gains from raiding are substantial and you’ll want to raid as much and as often as you can. If you have solid control of the Mediterranean (perhaps with an Ottoman ally…), this will work out fabulously well for you or, especially if you lack said control, could cause coalitions and provoke strong nations like France and Spain to war. It’s kind of a simple mechanic (after you find the button) but works well, seems somewhat balanced and makes quite a bit of sense given the history. Something rather confusing is that they didn’t add this to the navy micro AI, but it’s not that annoying.

The AI navy micro is terrific. No longer do you need to keep your ships in port while the AI players sail all over the place. It is especially useful late in the game and during global conflicts in which you previously would have to do much pausing and unpausing to manage multiple naval conflicts simultaneously. I didn’t detect any odd or ridiculous behavior from the AIs either; you specify a mission (like blockade coasts or attack enemy fleets) and an area and let your ships sail. The trade league mechanic also works well and appears to function as intended. Groups of small non-monarchical states will band together for mutual defense. I often find myself dealing with the complicated networks of alliances that bind these small nations together as well as things like the HRE and independence guarantees, having to figure out how to untie very complicated knots in order to absorb these small states which works well for both theme and gameplay. There are now a bunch of messages that you will receive about leagues forming and disbanding but these are usually quite helpful and you can always adjust the message settings. I also enjoyed the smaller elements in the DLC. I always want more options in EU4. Being able to lease your armies out, buy Mercantilism, unconditionally surrender (when you know you’re going to lose a war utterly and just want to get it over with) and commit new espionage actions aren’t things that you’ll use every game, but it deepens the game and gives you more potential solutions to the problems that arise as you play. 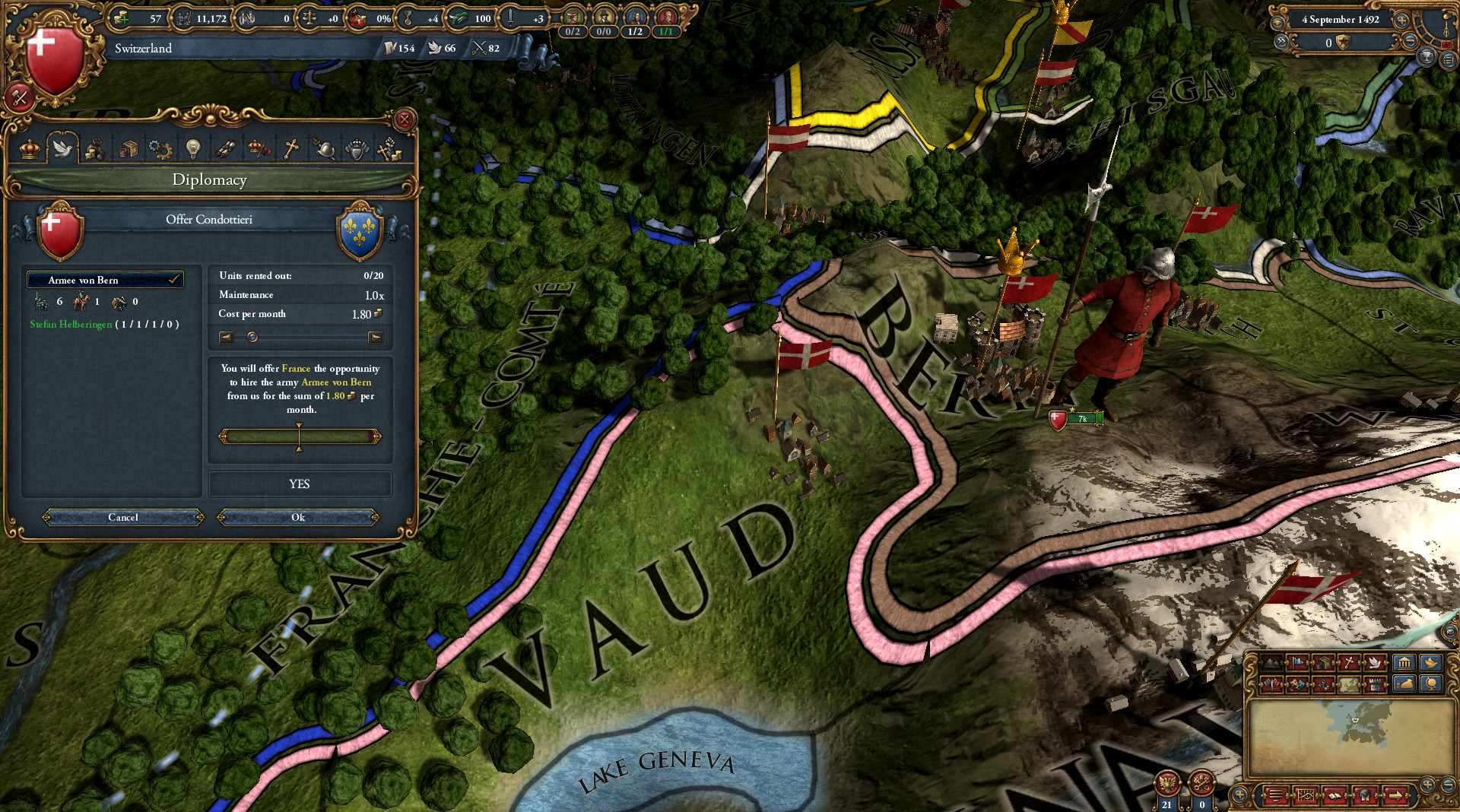 The 1.16.3 Patch makes some systems more streamlined while expanding others. The new Espionage system works just fine. They’ve tied all espionage actions together and both expanded espionage, in that I rarely did more with espionage than fabricate claims, and simplified it in that there is now just a single level of “spy network” in the country which you can now spend to fabricate claims or for other purposes. The corruption mechanic seemingly replaces the old overextension penalties and combines it with other things like being behind in technology and stability which is a positive change because I think it is always better in EU4 to give the user multiple ways out of a problem and cause them to have to think about how they want to go about addressing an issue rather than just having to wait for coring timers to go down as you did in the previous system. Corruption, like overextension previously, makes everything worse, more expensive, more time consuming, etc. so you need to watch it closely.

Sailors function like manpower for navie, whic seems to work out pretty well. It either wasn’t an issue at all for countries like Denmark or was a big issue for countries like Russia with very narrow sea connections. The change makes sense both historically and for gameplay and is really nice when you are playing a coastal raider because you can start to build really massive navies while preventing your opponents in the Mediterranean from doing the same. The last major change of note is the states and territories system. Geographic regions are now in groups which can either be states or territories. States are your regularly cored regions, they generate the most revenue and cost the most in maintenance. Territories have higher autonomy, cost less in maintenance and generate less revenue. Choosing when and which territories to turn into states is now a very important part of managing your country. It encourages you to invade regions which are in the same state/territory together and this makes good sense historically and adds more thought to gameplay, just remember to keep an eye on it, especially if you’re playing a game based on conquest.

There seems to be much upset over the price. I will say that when it comes to DLC (or post launch content of any type), I’ve spent $40 for basically nothing (Arkham Knight) and $0 for mods that have doubled my enjoyment of a game (FNV). At $15, this isn’t the best value for money I’ve ever received from an EU4 DLC and I think $10 would have been a better price but I don’t feel ripped off. I like playing a game that gets more refined, interesting and just different each time I go back to it. 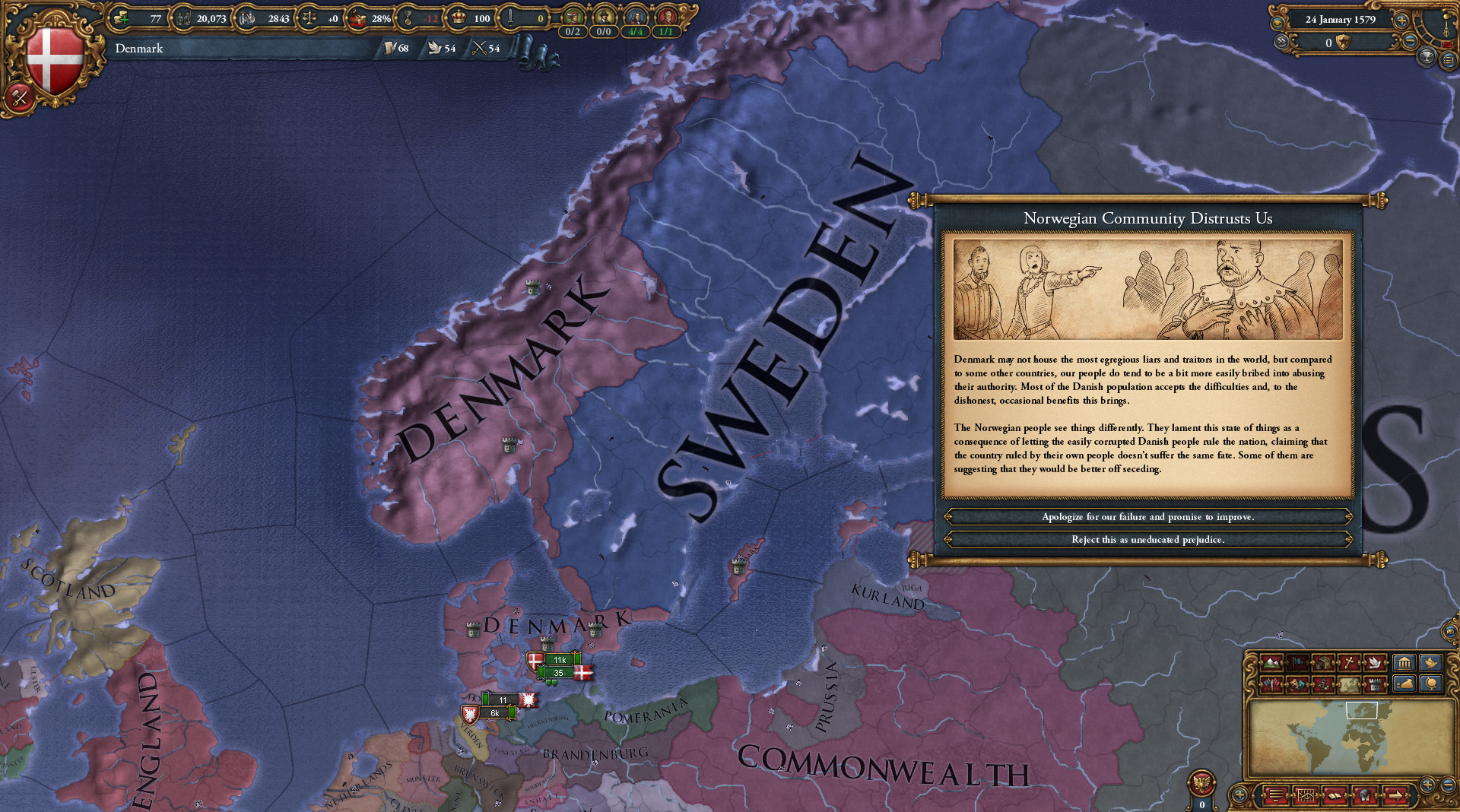 Europa Universalis IV’s online multiplayer used to have significant problems to the point where it was basically non-functional. With the debut of Mare Nostrum, multiplayer seems to be working very well now and despite the occasional disconnect which requires one to restart the entire game, it’s now more enjoyable than the single player experience.