Wasted, a game made by solo developer Arthur Lee and published by Adult Swim Games, is most easily defined by its inspirations: a bit of Fallout 3 here, a dash of Borderlands there and a healthy dollop of the trendy roguelike genre on top. You’re going to be able to spot those influences within seconds of watching the game being played or even looking at a screenshot. The cartoony, cel-shaded look is an immediate giveaway to the game’s Borderlands vibe, as are the numbers that pop up over enemies as you deal damage. You’re going to pick up on the game’s Fallout 3 feel and structure the minute you start the game and start customizing your character in the story mode. Wasted is a game that wears its inspirations on its sleeve proudly, but it’s also trying to make a mark of its own. 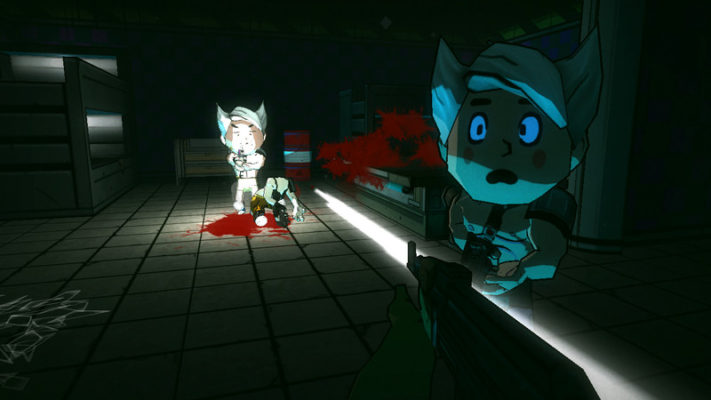 You probably wouldn’t think a game like Borderlands or Fallout 3 would do well when mixed with the roguelike genre. After all, those games are epics that can stretch on for dozens and dozens of hours. Players feel connected to their characters in those games precisely because of the sheer investment of time and detail as they engage in deep customization in how their avatar looks, plays and approaches a given situation. On the flip side, roguelike games demand the opposite from players: don’t get too invested because you’re probably going to die soon and need to start over from scratch. Roguelikes are a wholly different beast in that sense; instead of forcing players to master their character through fine-tuning and time, they force players to master the fundamental tenets of the game. The two genres couldn’t be more different, yet it’s those that Lee chose to mix.

The game’s Courier Run mode is direct with its roguelike influences. It’s a straightforward point-to-point mode that has you delivering alcohol, and each time you die, you’ll start over with a new completely new, randomized character. Taking the formula for character creation from games like Fallout 3 or Borderlands, where avatars can differ in substantive ways not limited to mere appearance, and mashing it up with a roguelike could end up being a fantastic combination — as long as the randomized characters you roll actually feel meaningfully different from one life to the next. It’s a great way to force you out of your comfort zone, playing character builds you’d otherwise avoid completely, and it keeps the experience fresh. 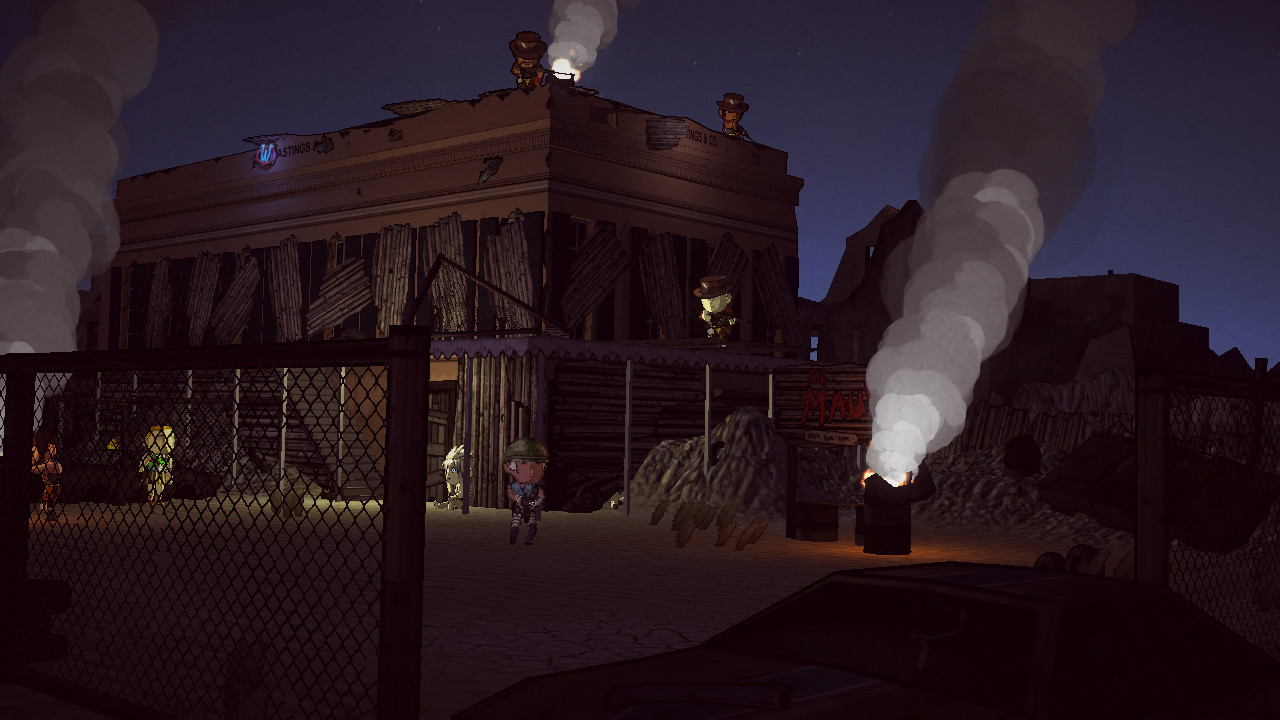 A meatier experience with more persistence will be the main story mode. While most of the particulars of how it’ll play out are being kept under wraps, we do know that you’ll start off by building your character the way you would in a Fallout or Borderlands and that character will have a narrative to progress through. The structure will see you raiding four dungeons the game refers to as “Coolers” and each Cooler will have eleven levels to explore and myriad sidequests to dig into. The enemies will cut you down quickly, but they’ll also attack each other similar to games like DOOM, so you can use that to your advantage by picking and choosing when to enter the fray and when to hang back. Throughout the levels, there are flasks of what is radioactive alcohol that will give you “mutational hangovers,” the effects of which may help or hurt you, but there’s no way to know until you drink it.

For a game being made by one person, there’s a surprising amount of content and variety being promised. If it works out, Wasted could end up scratching a handful of different itches and appealing to a few different crowds. Wasted will release on PC later this year.