Feral Interactive, the publisher responsible for porting titles like Square Enix’s Tomb Raider and Sleeping Dogs: Definitive Edition, has announced today that Life Is Strange will be making its way to Mac and Linux.

Life Is Strange, the BAFTA award-winning episodic title from Remember Me developer Dontnod Entertainment, is coming to the Mac App Store first, Feral Interactive confirmed on Twitter, with a Linux release expected to happen sometime in the future.

While responding to several Twitter users, Feral Interactive said that there will be no further “announcements about [release date] timings just yet,” though the publisher will share any additional news on the Mac and Linux versions through its social media accounts.

According to Feral Interactive, each episode of Life Is Strange will be retailing at $5.00 for Mac and PC owners.

On the newly created minisite for Life Is Strange, Feral Interactive says that the title has “very modest system requirements,” meaning that it should be able to run “on almost any modern Mac or PC.” 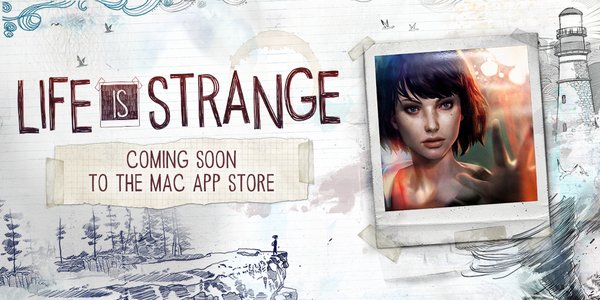 More than a year after Episode 1: Chrysalis kicked off Life Is Strange, Dontnod’s critically acclaimed title is heading to OS X and Linux.

Told over the course of five individual episodes, Life Is Strange has players taking control of protagonist Maxine Caulfield, a photography student who returns to her hometown of Arcadia Bay, Oregon, and discovers that she possesses the ability to rewind time.

The five episodes that collectively make up Life Is Strange were originally released as digital downloads in 2015 for PlayStation 4, Xbox One, PC, PlayStation 3 and Xbox 360.

Following the critical and commercial success the title received (over one million copies sold to date), publisher Square Enix released Life Is Strange Limited Edition in North America and Europe earlier this year.

The Limited Edition, available on PS4, Xbox One and PC, includes a 32-page art book, a disc-based version of Life Is Strange, director’s commentary and the official soundtrack.

Hardcore Gamer found that Life Is Strange “sets a new precedent for episodic gaming and reiterates why it’s a bona fide contender for 2015’s GOTY.”

“Life Is Strange‘s episodes have more or less met the eight-week release window that Dontnod set for them, making it feel like a consistent series that doesn’t require the previous episode to be replayed, as important events will remain vividly in the back of your mind,” reads an extract from our review.

“The artwork and visuals in the title make it stand out from its competition, while also taking advantage of the rewind mechanic and embedding it at the heart of every choice that can be made.”

You should also read our reviews for Episode 1: Chrysalis, Episode 2: Out of Time, Episode 3: Chaos Theory, Episode 4: Dark Room and Episode 5: Polarized.

Dontnod’s next project, the action RPG title Vampyr, had three brand-new screenshots revealed last month, along with news that the Life Is Strange developer will have the title present at this year’s E3.

For even more on Life Is Strange, be sure to check out Hardcore Gamer’s other coverage on the episodic title below: