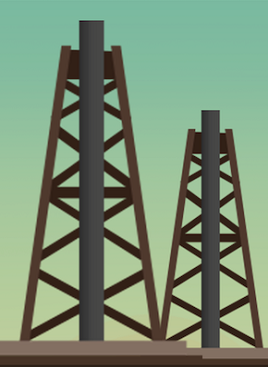 Who doesn’t dream of being the great, selfless hero Daniel Plainview from There Will Be Blood? Drilling for oil, improving the lives of the workers and being a boon to the local clergy (it’s been a while since I’ve seen the movie). Gamious has similar ideas, and have created a pleasant turn of the century oil tycoon title in Turmoil.

Being an oil baron is surprisingly easy according to this title. Each “turn” starts off with bidding on a plot of land. Once a plot is purchased, it’s off to make the money. Here, dowsers need to be hired to find a pocket of oil. Once done, they whistle for attention. The player then purchases a drilling platform, and proceeds to dig through the ground. When found, the oil starts pumping up immediately. From there, transportation for the oil needs to be hired on, and the oil sold or stored. Part of the challenge of the game comes from knowing when to store oil and when to sell it. There are two separate outlets willing to purchase the oil, on either side of the screen. The prices tend to fluctuate, soaring to heights and dropping in a predictable manner. It is up to the player to know when to sell the oil and when to store it up for when the market isn’t oversaturated. Still, storing for too long can be a problem, as when there isn’t a spot to hoard the stuff, it won’t be picked up from the drilling platforms, causing spills and the fines that these would incur.

The drilling segments take place over a limited amount of time before returning back to town to report in the earnings. As the clock ticks to the end, the tiles obscuring the ground fall away like so many scales from the eyes, revealing the oil pockets that were missed. There is a strange amusement in finding that the pipe was only feet away from discovering the mother lode. The title isn’t focused on just earning as much money as possible. There are opponents vying for the title of top baron. These folks tend to be pretty good, based on how it took a while before I was able to drink their milkshake. Still, their shake was drunk by making use of strategic upgrades and bribes that gradually become available during the beginning rounds of the game. 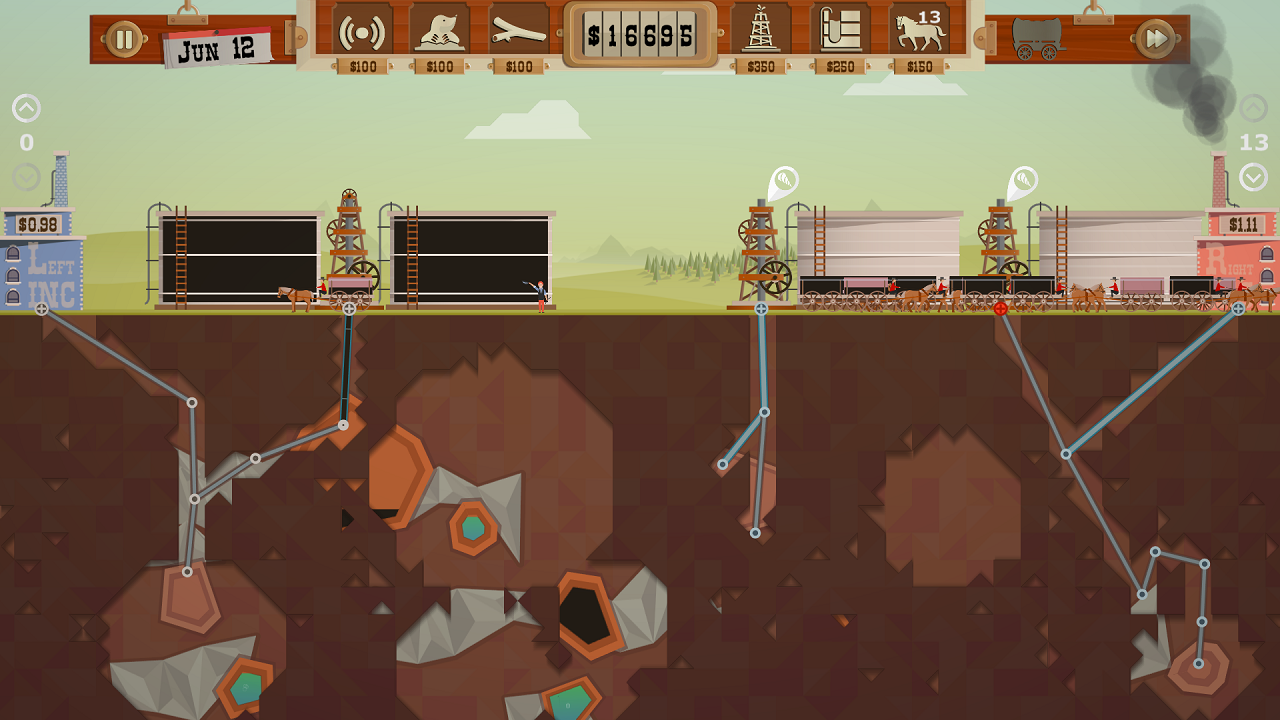 I tended to keep it simple, purchasing the ability to widen the drilling pipes and improving the speed of the oil carrying horse drawn carriages. With these upgrades, I was able to quickly empty the pockets I found and retire for the session early, earning a bonus. I do believe I was lucky there, as the opponents were catching up quickly in the long run. The thing with this title is that this is pretty much what the game has to offer. This can either be seen as a boon or a major detriment. This is a fantastic “cat game”; a title that can be played on a laptop in a recliner while petting a happy feline. While there is competition and challenge to be found, the entire experience is rather relaxing. This chill vibe is bolstered by the low key slide guitar soundtrack, meant to evoke a wind swept, arid plain ripe for the drilling.

Along with the music, the graphics are tonally vital to creating peaceful experience. The buildings and carts are evocative of the time frame, while the little human stick figures are well animated. This is a title that looks terrible in screen shots, but pretty cool in motion. The excited dowser waving his arms to gain attention and the animation of an oil pocket getting pulled through the pipe like soda through a straw has an understated charm to it. 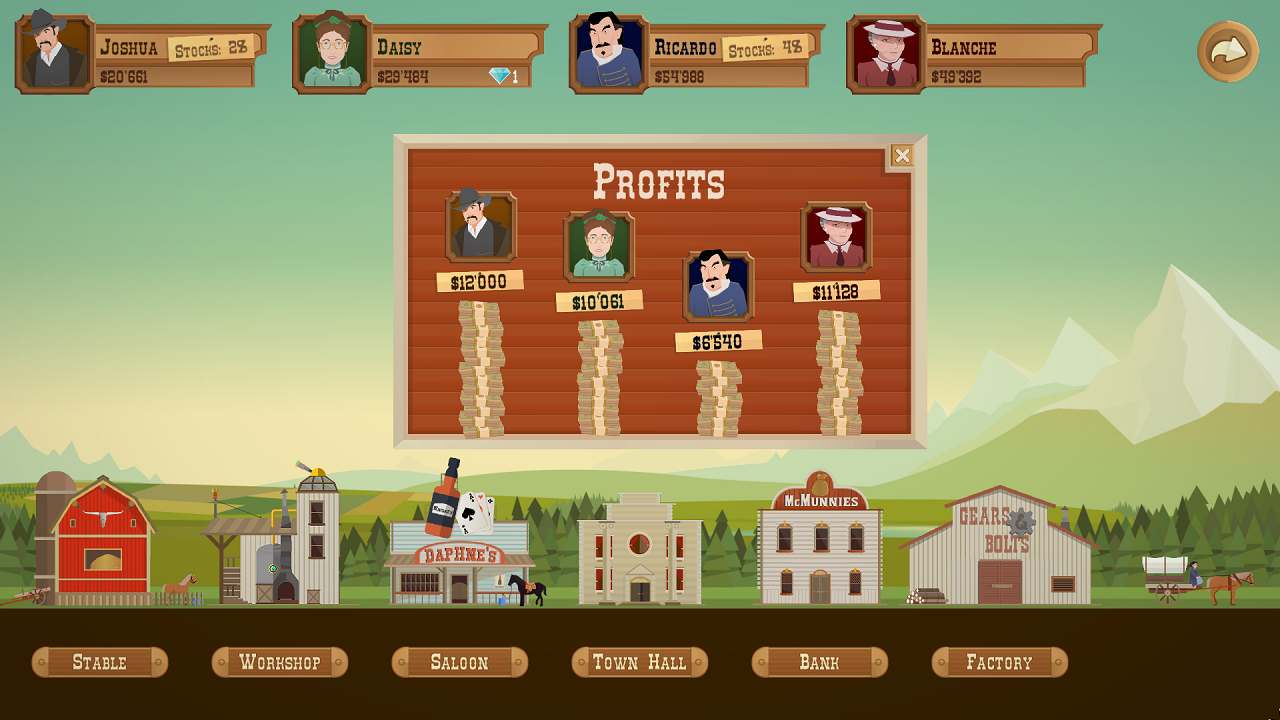 Even with the upgrades and competition, Turmoil is the epitome of simplicity. It is more about betting against oneself when drilling, playing an extremely simple market, and exploiting upgrades for the most gain. There is some tough competition to out-earn and that’s fun. Still, it’s more of an amusing diversion to relax with. It’s not tense nor particularly challenging, but it doesn’t have to be. I haven’t yet felt like declaring I’m finished with Turmoil.