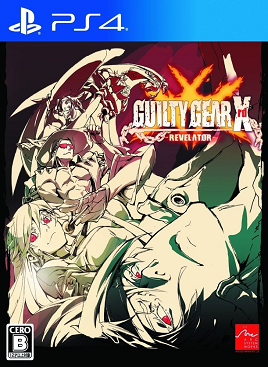 Fans of 2D fighters have to be loving the resurgence of the genre over the past few years. Standouts have included Persona 4: Arena, Blazblue and Skullgirls. Heck, Street Fighter V looks like it’s going to be amazing when it’s finished. One truly standout title was 2014’s Guilty Gear Xrd -Sign-, a title that received as many compliments as this series entry titles has misplaced punctuation. Much like previous series entries in the series, this title has received a nifty direct sequel/update. Regarding whether or not this new version reaches the lofty heights of another series update, 2003’s Guilty Gear XX #Reload Ampersand Apostrophe Slash Slash Umlaut (working off of memory here), remained to be seen. After having spent time with the full release, it’s easy to say that Guilty Gear Xrd -Revelator- has managed to hit that mark. Arc System Works and publisher Aksys Games have proven, once again, that Guilty Gear is more than a nickname that a remorseful adulterer grants his junk.

To start off with a quick confession, I have never personally been able to wrap my head around the myriad systems that the Guilty Gear system has in place. I could never pull off a Roman Cancel into another truly punishing combo. The timing of when to use one of the high powered specials for the greatest devastation has always been a weak spot. Yet, I still found it enjoyable, The music, the art and the pace of the fighting are just so smooth. Revelator works hard to address my personal failings, in two separate ways. First, there is the training mode. The series has had these before, but this time there is so much personality injected that it might be worth it for veterans to take a peek. Newcomer Jack-O acts as the player’s coach. Tasking the trainee to pop balloons with movement, take down her adorable minions with precise combos, and navigate obstacles, this particular training mode has the feel of a mini-game collection that also teaches the ins and outs of the game.

There is also a new combat system, dubbed stylish. Taking a hint from Arc’s Persona: Arena games, selecting this mode allows players to mash buttons to execute proper combos and counters. Unlike Arena this mode must be selected because the move set becomes extremely limited per character, taking away many of the possibilities for properly handling a talented player’s attacks. This means that players with the patience and acumen to effectively use the traditional move set, dubbed Technical, will decimate a Stylish mode user every single time. 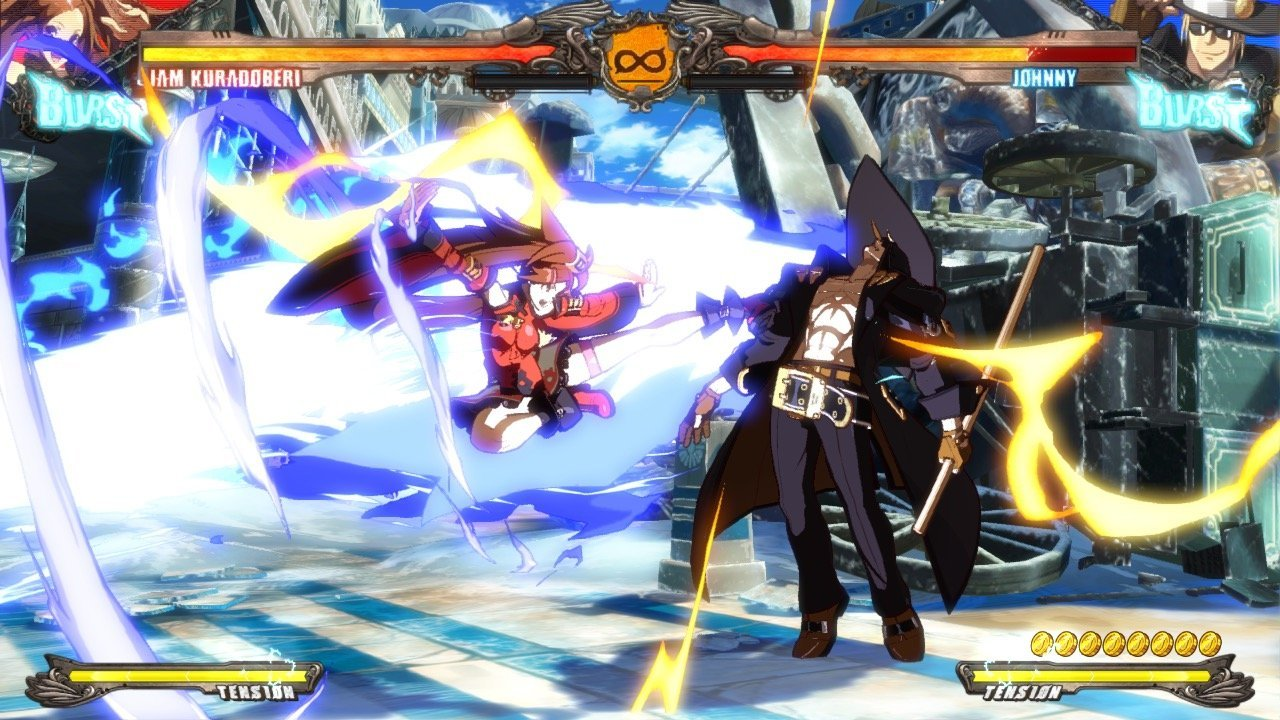 This last part was confirmed when taking the game online. Playing before release showed that the netcode is well done. Every match that I tried was seamless, with no hint of lag. Interestingly, Arc System Works does allow the players a glimpse of how this is done, showing how many frames are being adjusted to keep things working well. The first day post release has also been running without a hitch on PlayStation 4.

Also appreciated was the lobby system. As previously stated, I truly suck at this game. Every time I stepped up, I got beat down. Fortunately, the area is littered with things to do. Spectating is obvious. There is also fishing, which allows a player to spend money earned just by playing to dredge up oodles of unlockables, such as art, icons, and music. (These can just be purchased directly with the same in game currency should someone not enjoy randomness, and want one specific item.) There are also arcade cabinets that can be approached to enter into practice mode, something this writer will be using often. 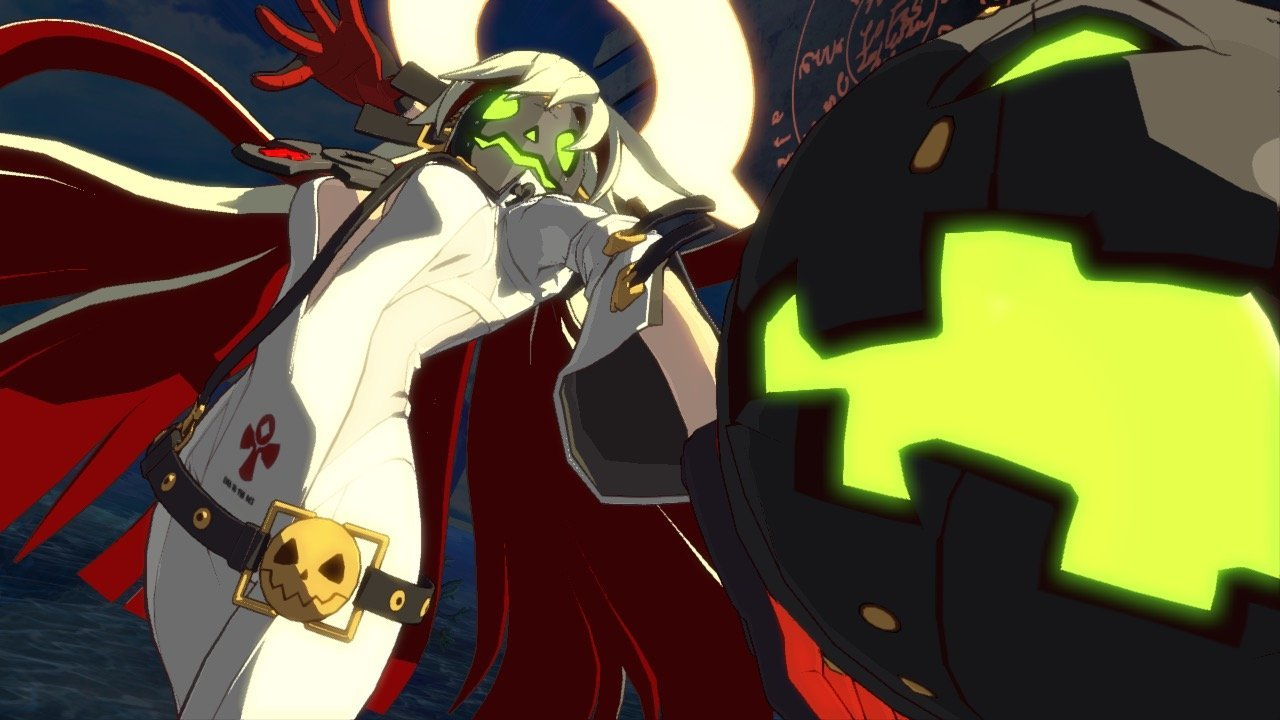 Regarding the characters, all of the DLC characters for Sign are included here, along with five new additions. Another will be added at a later date. Of these new ones, the shirtless man in black, Johnny, finally makes his return to the fray. While he doesn’t quite replace my personal favorite, I-No, his in-your-face style was sorely missed, and provides a solid second when a change of pace is needed. As always with this series, each of these new characters look and play differently, adding tons of variety to the proceedings. Learning to play and counter each one of these will provide hours of entertainment to the discerning fighting enthusiast. I can say that people who master Raven will have a particularly fun time. His quick movements will leave many a casual player stunned and confused.

As far as story goes, there is quite a bit here. Much like Sign, Revelator is a full game that comes with a movie. Each character’s short single player campaign serves as an introduction to what part they will play in the movie. The movie itself is a tad overlong, in need of some trimming and fine tuning to the exposition to make for a better watching experience. Yet, there are still stupid/cool scenes that make it worth it, like Sol Badguy’s solution to being run off of a cliff. People who enjoy the story will find all sorts of new nuggets and revelations, assuming they are okay with subtitles. It also helps that it’s pretty. It showcases the truth to the fact that the game is so good looking, it can be a movie by taking the game’s assets and making a movie. (With some additions, of course.) 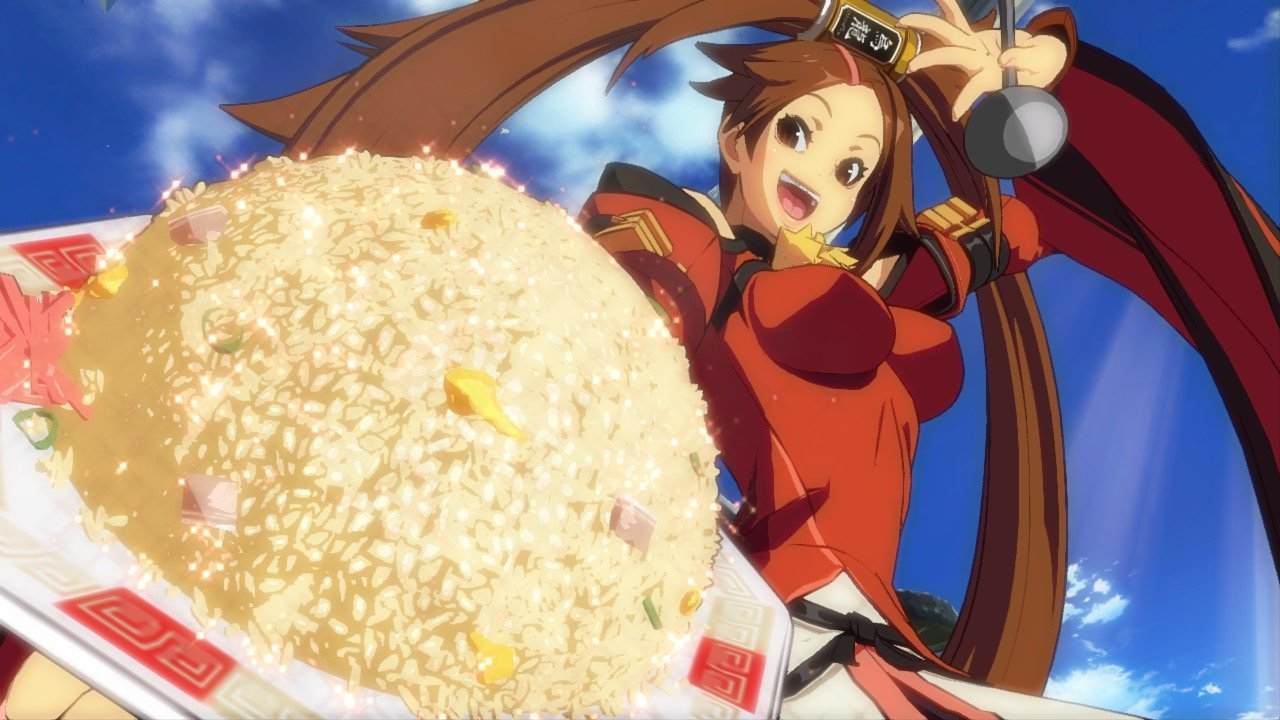 Guilty Gear Xrd -Revelator- serves as a worthy expansion/sequel to Sign in many ways. The new characters adds a ton of depth and the concessions to fighting weaklings are such that they can look flashy and have fun without taking away from the hard-earned talents the brawling grognards have acquired through practice and precision. Story fans will get to see new heights of strangeness and plot twists to keep explaining things to their significant others for a long time to come. The only thing really holding this title back is the fact that while it vastly improves upon its predecessor, it could be argued that it might not justify a full priced release, as much of what’s great here was there before. Considering the fact that this includes all of the previously released DLC and the new content, however, this is the recommended starting point for newcomers and lapsed fans alike.