With Nintendo Treehouse streaming in just a few days, we are sure to learn more about the upcoming Pokémon Sun and Moon. But, new scans from the recent CoroCoro Magazine has taken care of business ahead of time by showing off two new Pokémon. Now, these are have not been officially revealed but the publication has always had a good track record when it comes to Pokémon leaks. We are getting our first looks at two totally adorable Pokémon. Their Japanese names are Nekkoala and Iwanko. While we will have to wait on the official translations, here’s what we know about them so far.

Nekkoala, the Half Awake Pokémon, is a Normal-type which resembles a sleeping koala. It has a new ability called Definite Sleep which seems to only allow it to have a single status condition of sleep. It is cuddling up with what appears to be a piece of log which makes sense since sawing logs is another way of saying someone snores loudly. A small image of the Pokémon shows it twirling around on the log, still asleep, in order to attack. We can expect it to learn Snore and possibly Sleep Talk among other sleep-based moves.

Iwanko has somewhat been revealed in previous trailers of the game but only from behind. Many speculated it to be some sort of dog and these news images do not disappoint. It is known as the Puppy Pokémon and is a Rock-type and its abilities are either Vital Spirit or Keen Eye. This cute little guy is definitely going to be popular regardless of a possible evolution. The typing seems odd but as it resembles the extinct Hawaiian Poi dogs, it somewhat makes sense. Perhaps it is an ancient Pokémon like that of Relicanth or possibly even a fossil that needs to be revived. Looking at images of the Poi dog and comparing them to Iwanko, shows a lot of similarities. Floofy tails and flopped ears will make it a great addition to any trainer’s team.

With these new Pokémon set to be announced soon, we can only hope for more news during E3. We’re not sure what to expect but Pokémon Sun and Moon are already shaping up to include a lot of unique creatures. 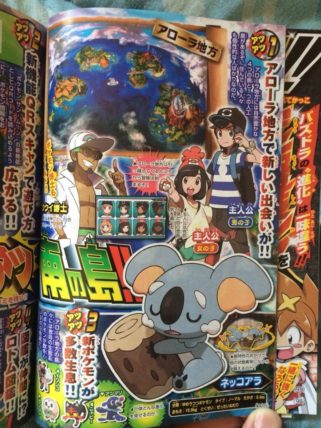 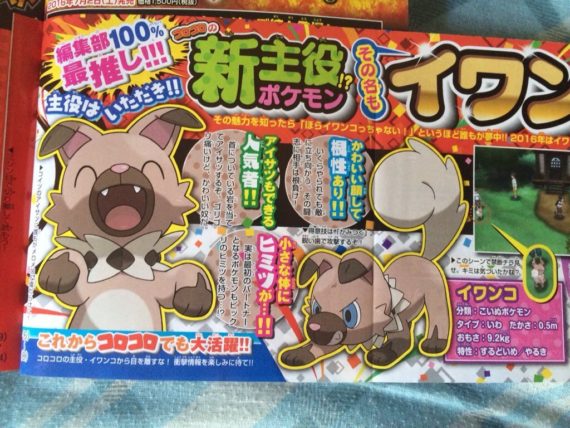 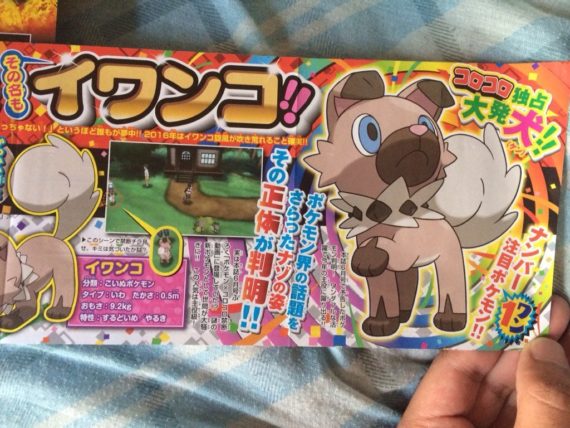