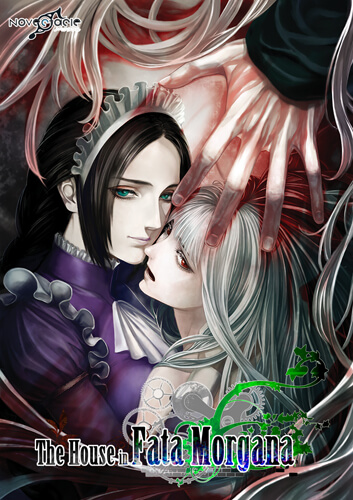 The House in Fata Morgana

The House in Fata Morgana is one of those games which has lurked in the background of the English language visual novel community for a good long while now. It’s hard to even recall when it was first announced to be receiving an English version, but the initial rumblings of this appeared in 2013. After going quiet for a year or two, the project finally re-emerged with the help of MangaGamer. This multi-year journey finally ended and now the title is up for sale on both MangaGamer’s storefront and Steam without tremendous fanfare. Honestly, this is a terrible shame as the release proves to be an outrageously good, if absolutely heartbreaking, journey. So let’s dig into what makes this visual novel so darn incredible.

Over the course of twenty to thirty hours of reading, players are set to discover all manner of dark, dusty secrets about The House in Fata Morgana. At the start, however, everyone begins on a level playing field with the protagonist of this tale. We appear to be nothing other than some shadowy figure who has just entered a creepy mansion. They have no recollection of how they got there or even much of an awareness of themselves as a person. All we really know for sure  is that there’s a maid guiding the protagonist around throughout the halls. She talks as if she knows far more about everything going on and that’s just the start of things. Each room she brings the protagonist to reveals a story of the mansion’s past — and the maid is somehow in every single tale despite the hundreds of years between them.

That’s not the only suspicious thing about this place. There’s also the matter of a little rumor which has circulated for years — centuries, in fact — around this mansion. Supposedly, it happens to house a witch with the power to curse all those who enter its halls. As players weave through the first few storylines, it appears that curses are alive and well with how each story veers from decent beginnings (or even tremendously heart-warming setups) into utter tragedy. If you’re not into drama or tragic events on a grand scale then this game isn’t set to do anything for you. Those who aren’t opposed to it, or in fact revel in these types of stories, simply won’t be able to stop playing. Just when you think things can’t get any worse in each vignette, the writing just manages to sink the metaphorical knife even deeper into your heart. 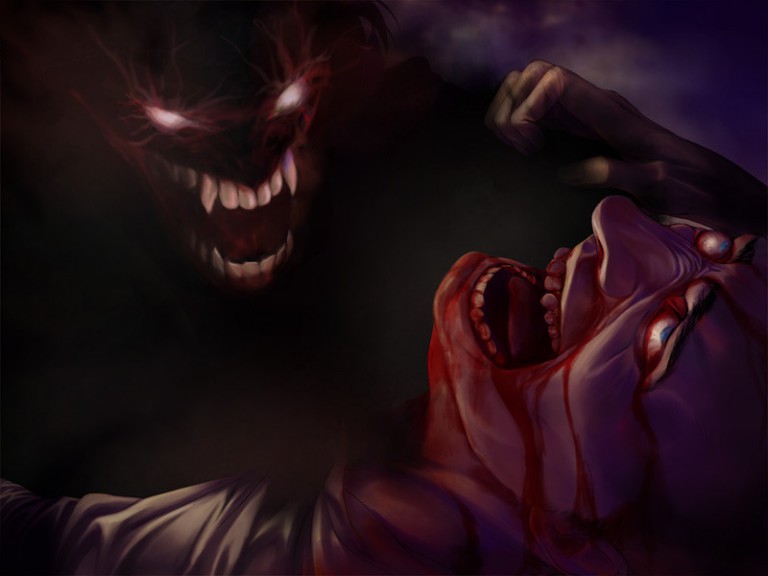 As the story in The House in Fata Morgana progressed, I felt increasingly divergent urges about continuing onward. The game practically hurt me to play, yet it was simply impossible to stop as more tantalizing secrets came to light. With such a strong effect, it seems likely that many other visual novel players will find themselves hooked if they give the title a chance. Strong writing is not far from its only strength. Alongside that comes outrageously beautiful artwork. Sure, it does have anime style leanings as with most other visual novels out there, but it is easily leaps and bounds above anything else. The gothic mood permeates every character portrait as well as CG sequence. Even disturbing, bloody sequences still have an air of absolute beauty about them, which is impressive. Unlike most visual novel CG galleries, this is one I found myself checking out just to relive the story and its incredible artwork.

How does the audio fare? For the most part, it’s another home run for The House in Fata Morgana. For one, the game features some sixty tracks and a vast majority of them include vocals. This itself is rare enough for the visual novel scene, but more so when each track sounds utterly fantastic. Songs mesh perfectly with the different timeframes present in the expansive story and just plain manage to sound wonderfully otherworldly at times. Part of this allure comes from the fact that tracks aren’t just in Japanese as you might expect. Instead, we’re given the treat of lyrics sung in Portuguese and Latin, among other languages. The biggest negative is not the soundtrack, but sound effects. Sometimes they sound far too grating when juxtaposed against an otherwise blissful soundtrack. Finally, there’s no voice acting whatsoever which may shock some due to the obvious effort put into the title. 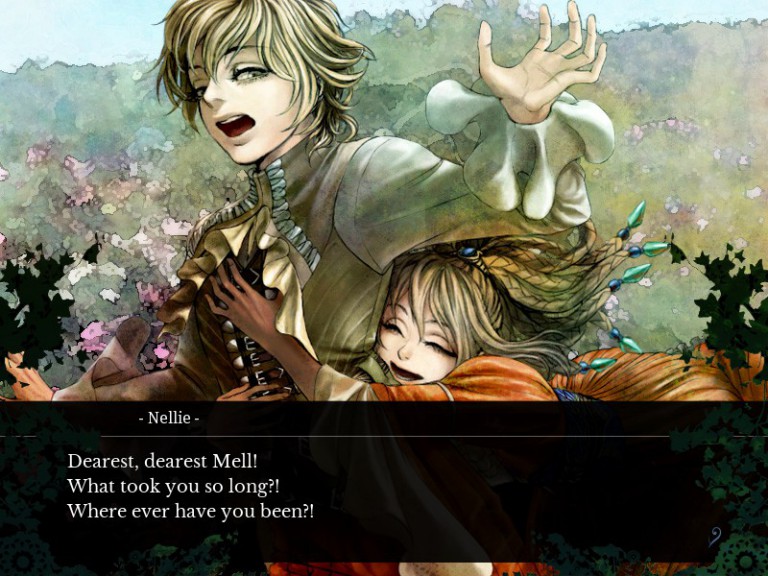 As far as gameplay is concerned, The House in Fata Morgana also manages to deliver a fairly active experience, although not as much as some contemporaries. Some chapters in fact feature no choices at all, while others include one or two. Of course, near the conclusion, choices get thrown at players left and right, leading to a fair share of potential bad endings. The best thing a player can do is save whenever options pop up in the event they end up veering into an ending they didn’t want. Unfortunately for cautious folks, they still might not be able to save in all instances because of a few timed choices. You’ll have no way of knowing a choice is timed until you sit there, read the option(s) for three seconds, and then find them disappearing before clicking anything. It’s a bit more annoying than it should be, but luckily these super speedy timed choices are few and far between.

Sorrowful visual novels are surprisingly not all that common officially in English. After all, it’s simply a ton more fun for most people to dig in with a romantic slice of life comedy, or even run amok in a sci-fi or action tale. As such, most of the titles out for English-speaking gamers focus on these trends more than hone in on tragedy. When it comes right down to it, The House in Fata Morgana is an epic love story but one which feels far closer to Shakespeare than a dating sim. MangaGamer succeeded in their herculean task of translating this genre-hopping tale with tremendous care and respect, which is more than could be said for some other publishers had they gained hold of the game. 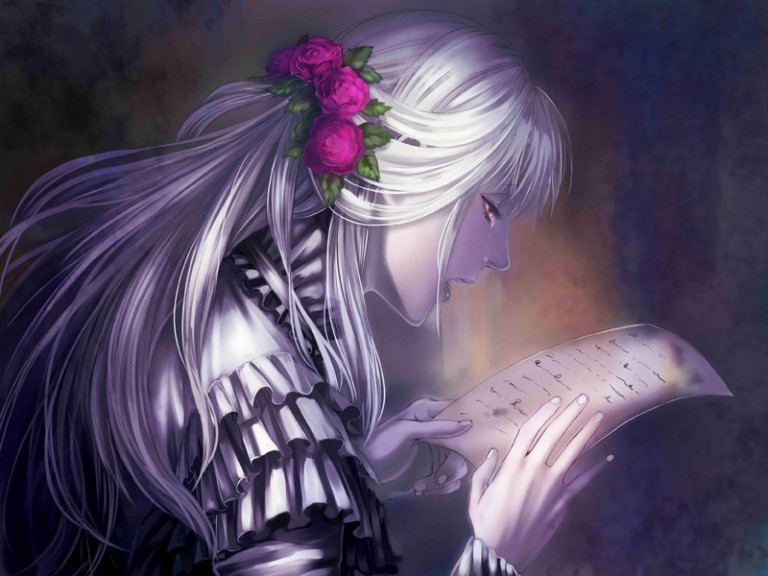 It’s hard to extrapolate on just how profound an effect The House in Fata Morgana had on my psyche without spoiling perhaps one of the biggest secrets about it. Obviously, that’s not about to happen. Regardless, I must entreat visual novel players everywhere to give this one a chance. Do not fear that this is just another “pretty face” which fails miserably at crafting an engaging tale. The House in Fata Morgana succeeds on almost every count and does so with such an exceptional flair that it’s surprising this was one of developer Novectale’s first releases. It may have taken its sweet time to finally arrive in English, but now that it’s here, you absolutely owe it to yourself to play The House of Fata Morgana.