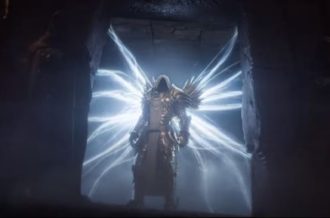 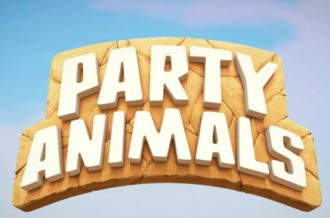 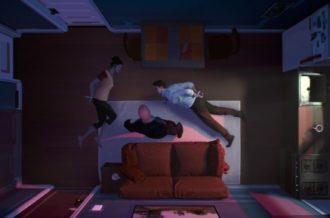 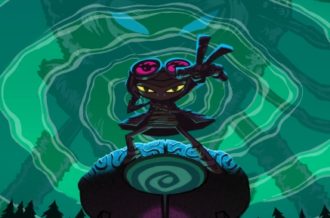 When Volition announced they’d have a new game at E3 this year, plenty of gamers jumped to the conclusion that it would be the next Saints Row game. To everyone’s surprise, it was actually a new IP with ties into the Saints Row universe.

We were able to sit down with Volition’s Producer Kate Nelson at E3 today to spill the details on their next action game.

Hardcore Gamer: What made you want to switch from a popular series as Saints Row to a brand new IP?

It was announced that Agents of Mayhem will be a single-player game where you take control of three characters at a time, but will there be any cooperative play?

There’s no coop. The focus is on single player experience. We really want players to get familiar with the agents, love the agents, and focus on the synergies to find between them. You’re your own group. You find your own favorite and those two who compliment your favorite.

What brings all these agents together? Who are they fighting against?

There’s a global conflict brought about by a legion who are broken into different ministries. The one we’re focused on is the one who are currently attacking Seoul who are the Pride Ministry of Pride. They’re lead by Doctor Babylon – you saw an example of one of his lieutenants, Steeltoe – and that conflict is centered around technology. That’s what really starts to come to a head there. Each different backstory is affected differently by the Legion conflict, so that will be apparent as people play. 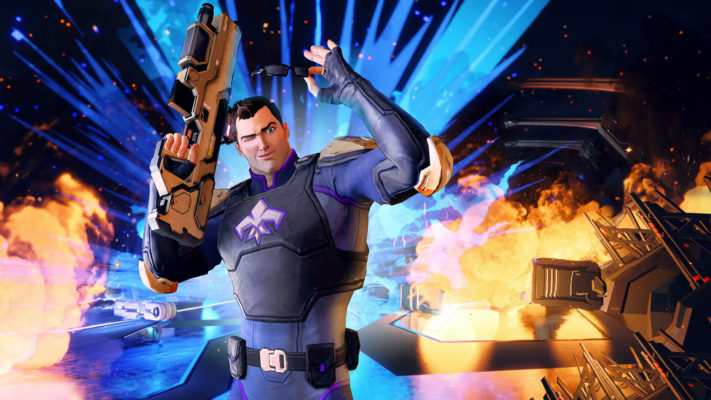 Something I noticed in the demo was that the characters interact to situations differently. Is there anything other than the different dialogue that would encourage replayability?

One aspect we have is the HQ, the base the Agents will reside in, and from that, there are different escalation settings, like our different difficulty settings that you can have.

How has the jump to the new consoles, PlayStation 4 and Xbox One, affected the development process?

We had the opportunity to redesign our engine and bring whole new tech to these console and to this generation. So it has been really exciting for our team because we made tools that helps us prototype, that helps us with iteration, to really hit those over the top beats we want to hit in the gameplay that we have. The Dominator, the big core you destroyed, that’s a really crazy example of how much we can push our physics system, for example. So our programmers are like “You want to do what?!” We have cars flying around, we have civilians flying around; when you shoot the Legion they get picked up and you can knock some off platforms with them. That’s the kind of stuff we want to see, we want to do a lot of these big, over the top moments that our tech is really letting us do. Our artists are happy; everyone’s happy with this. It’s great.

Is Agents of Mayhem open world like Saints Row was?

Can you take control of vehicles, or run up walls or fly as you did in the last Saints Row game?

At the time we’re focusing on the core mechanics and showing off the mission structure. In the future we’ll be showing more of the open world. 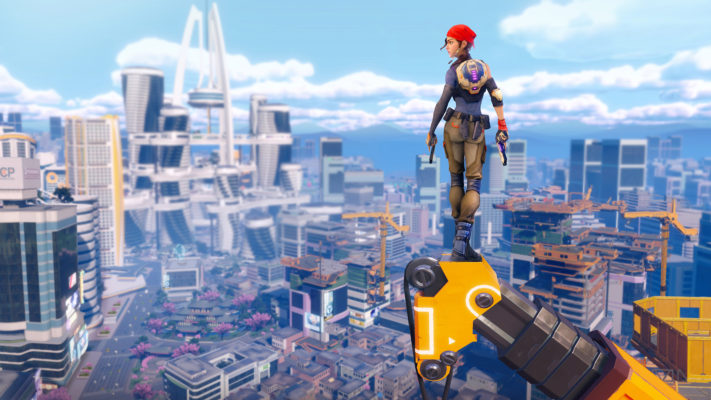 While it is a new IP, in what capacity is this tied into the Saints Row universe?

Any chance we’ll run into any of the Saints Row characters?

We’ll have to see as we go forward. You can already see hints and homages we have in some of the things that are already out there. So we’re excited to see what people find and what dots are connected.

Saints Row is one of those few gaming franchises that doesn’t take itself too seriously. It’s was very funny and that seems to be the case with Agents of Mayhem as, for example, in the demo we got to see an AI Asian pop-star. What other influences are you pulling from to create this comedy?

We have always been a big fan of pop culture; we always love the comic book culture, we love the super hero culture. This gives us another way to bring our tone and humor to this other aspect we’re all really familiar with. It’s really hobbies people have, D&D inspired, whatever people are struck with and whatever is popular or niche. We like to say that we laugh alongside these inside jokes instead of poking at them specifically.

So it’s going to be a bit more serious in comparison to Saints Row?

I wouldn’t call it a serious game compared to Saints Row, it’s just a different take on that same kind of humor. It’s a different focus. 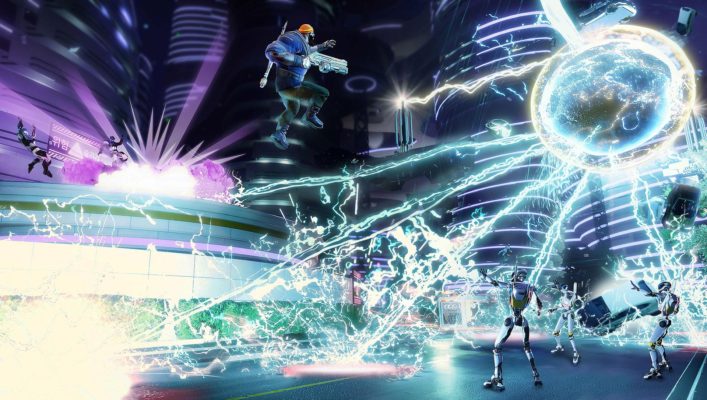 With the open world, will it take place in one city as Saints Row took place in Steelport, or will we be travelling across the globe? As you said, Legion is a worldwide organization.

The conflict we’re looking at is the one in Seoul around the technology. The cool thing with Seoul is that it’s a really dense city because of the construction, but what I think a lot of people will really glom onto is the Legion underbelly of Seoul; like those dungeons and hidden nuggets Legion has under the city. You’re exploring Seoul as well as these dungeon spaces, and especially the density within the different buildings and traversing the skyways. You got a little example of that in the demo.

Something else that was sampled was the different characters and how each of them have various abilities. We know we can change their abilities, but are we able to change their weaponry at all?

Their weaponry is usually their iconic aspect. We have a lot of room in this space to play with. In our upgrade menu, you’ll be able to have three different special abilities. For example, Fortune, started with was Quicksand, that AOE aspect; people would get in there and she would get the speed boost while everyone else would slow down. You can change that into her cannonball equivalent which does straight up damage. That’s one example of how that can trade out. You have three options with the special, you have their Mayhem ability, and there will be more to come. That’s just a small taste of an example of their kits and how diverse they can be. Within that demo you can see how you can push them to different ways; so Hardtack can change to be regenerating, or you can change him to be more anti-melee.

So no chance of The Penetrator from Saints Row making a return?

(laughs) I mean, I don’t know. Anything’s possible, I guess.

I mean Saints Row had some really amazing weapons.

We saw four agents today, which here Hardtack, Hollywood, Rama and Fortune, but how many will available when the game launches?

We’re looking at twelve. So the really exciting thing to me is that there will be something there for everybody. You’ll take your group of three, I like to think of it as choosing your three favorites – instead of just choosing one – and if there’s one you especially like there’s a roster to look at to find that perfect synergy with the way you like to play with your favorite. You have a lot of combinations potentially coming down the line here. 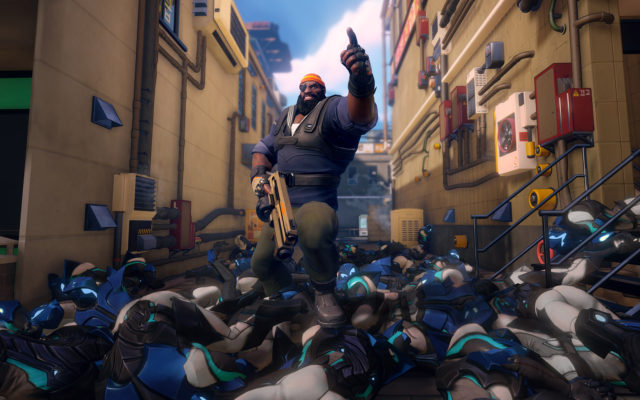 Will there be a party synergy attack in Agents of Mayhem?

They can with the ability to swap [characters] right now. Some of the special and Mayhem abilities will persist even after you swap. For example, if you use Rama’s Plague Arrow, that’s going to be spreading all over the place. You can use Hardtack to pull some [enemies] in while they’re freaking out about being poisoned. Fortune’s stun works really well with Hardtack’s melee; there’s a lot of stuff to do within that swap. It’s about first getting into that fighter style mindset of switching switching switching and seeing what kind of combinations you can come up with, in addition to the upgrades you can change their aspects with. It’s a really cool symphony you can put together with these guys.

Who’s your favorite character? I drifted more towards Hardtack.

I like Hardtack. Some people get surprised, but I like the bruiser characters. I love his ability to pull someone close, and then use his melee to knock them out, or pull them close and use the shotgun; it’s a good combination. He works really well with Fortune who’s the quicker one, so I use her a lot to move around and switch to him to pull guys close, and when things get too tight, I pull out and everything’s OK again. He also has his remote mines he can detonates, which are always fun; sticky bombs that blow up when you want them to.

When it was announced prior to E3 that Volition was going to announce a new game, a lot of people may have gotten their hopes up with the thought of Saints Row 5. How has the response been with the announcement of Agents of Mayhem?

The team has been really happy with the response. We’re just excited to show our baby we’ve been working on for the past few years. It’s a really cool reception so far, and it’s just nice to have the agents out there and start talking about it.

Agents of Mayhem will be available sometime in 2017 for PS4, Xbox One and PC.