Gamers in the 1990s experienced a rapid fire succession of characters, consoles and popular genres. There were all sorts of similar games out there and it was a fun time back in the day. Folks could go to any electronics store and find Pokémon clones, edgy protagonists, and most of all, plenty of platforming titles. Banjo-Kazooie was one such game under this category and became a huge success for the Nintendo 64. It sold over two million copies with its sequel gaining even more fame and fortune.

There is a reason these games fared so well in such a crowded market. They were very well developed, featured a fun and friendly world, and controlled easily for the target audience; Rare knew exactly what they were doing which many other games failed to grasp. Now, it’s been nearly twenty years since the initial release of Banjo-Kazooie and the classic platforming games of yesteryear have pretty much dried up.

Luckily, Platonic Games tapped the crowdfunding system of Kickstarter a little over a year ago and launched the idea to create a new entry to the genre and reinvigorate the nostalgia fans crave for free-roaming open world platformers. The team’s initial plan was to produce a smaller scale title that would be well-received. However, after backers contributed literally millions of dollars, they took this opportunity to build a much more fulfilled world with tons of characters to meet and locations to explore. Throughout the year, Playtonic refrained from posting spoilers or many updates and really buckled down to complete their upcoming title called Yooka-Laylee.

Just recently we were given new footage for the game and got to look at all the hard work that has been put into the project so far. The main characters, Yooka and Laylee have great chemistry already and the exploration, set of moves, and backgrounds are all beautifully rendered. Playtonic announced that this is not a retro throwback of any kind. While still using the same team, ideas, and methods as before, Yooka-Laylee caters to longtime fans while introducing their talent to a new generation. 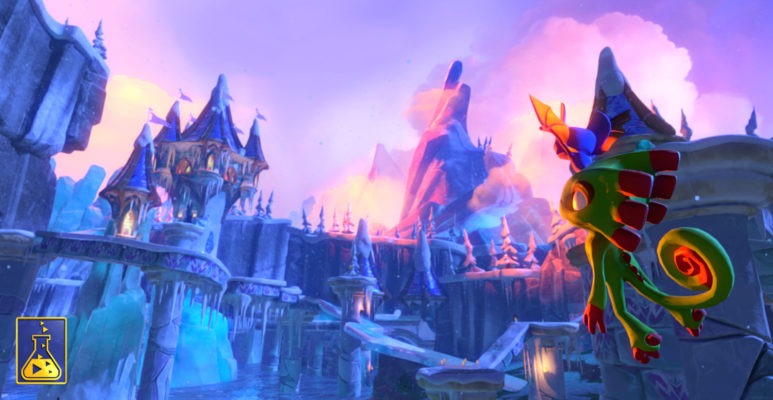 Yooka-Laylee is a breath of fresh air in a what is now a long lost genre. Perhaps a break from platformers is what everyone needed in order to get excited for what is to come. Playtonic’s game is rekindling the spirits of the past and gamers of all ages are ready. Backers from the Kickstarter campaign will get their hands on the game next month. Everyone else will have to wait for the launch which is set for the first quarter of 2017.