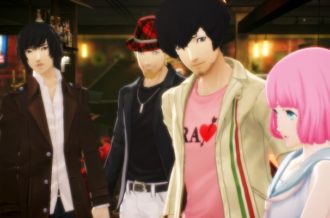 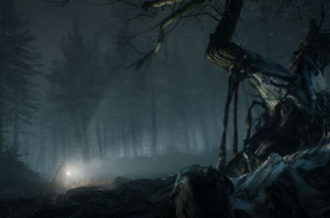 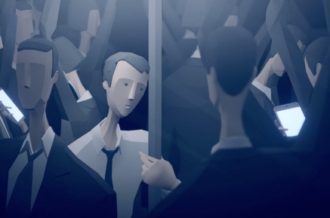 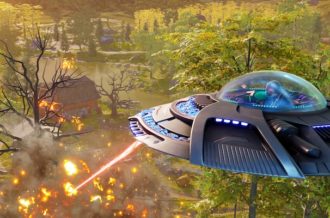 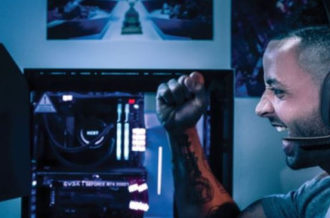 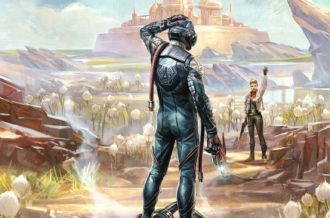 The first computer company to produce consumer-grade gaming laptops were at E3 this year, showing off their latest product line of updated gaming desktops, notebooks, and VR-optimized tech. With the rising tide of VR this year, the majority of the presentation was geared towards selling each product as a VR-ready platform. This meant desktops were completely ready for VR out of the box, while smaller systems like notebooks, or older products, were presented as being ready for simple upgrades which granted similar optimization. In other words, if it wasn’t already powerful enough to run VR relatively easily, an external GPU option was suggested to get it there. For those unfamiliar with the setup process of PC gaming, one can either order the parts and construct their own PC or purchase a pre-made one like Alienware for a premium. The benefits of buying Alienware of course include getting a professionally built machine with unique structure, bells and whistles, along with support and some peace of mind. As such, the options for buying Alienware in today’s market are meant to impress at luxury-item levels of power. For an example, one need only look at the latest Alienware product line.

First and foremost, there is the latest beefy and powerful Alienware Area-51 – a large, liquid-cooled, factory overclocked, Broadwell-e overkill gaming machine built into a triangular pod. It supports up to three video cards with a topping option of triple SLI NVIDIA GTX TITAN X’s (that is 12GB of GDDR5 per card), the new “Broadwell-e” Core i7 X-Series of CPU going up to an optional 10 cores with the i7-6950X, DDR4 RAM of up to 64GB Quad Channel memory at 2400MHz, 512GB SDD, and up to 12TB (three 4TB units) of SATA 5400RPM HDD storage. These specs reflect the fully upgraded version of the product. Of course, this isn’t to mention the on-board Alienware Command Center 4.0 software suite for easier thermal and overclocking controls. The newest Area-51 is meant for comfortable 4K gaming at max settings on anything, along with multitasking, and smooth VR experiences. Does that mean this thing can run anything at maximum setting, resolution, and 60FPS? Based on personal observation… no, the job of synthetic benchmarks is to make even this level of rig flinch, which they do if not by much. Granted, it is either rare or unlikely that a game in the near-future will challenge this machine the same way benchmarking software can. Even then, the Area-51 may not be very attractive with a starting price of $1,700, but those looking for an enthusiast powerhouse can find exactly what they need here.

For those interested in having a powerful rig, which does not take up a large desk presence, there is the VR-ready mid-tower Alienware Aurora. The Aurora is sized pretty well at 8.345in. wide, 18.605in. tall, and 14.10in. long, actually fitting pretty well in a standard office. This thing’s small form-factor MicroATX motherboard supports up to Intel Core i7-6700K processors, with recently launched dual SLI NVIDIA GTX 1080’s (new 8GB GDDR5X each), 16GB DDR4 XMP RAM at 2400MHz, and 1TB M.2 CPIe SSD with two 2TB 7200RPM SATA HDDs in RAID1. These are the most expensive options for this machine, which starts at $800. So while these numbers are not meant to compare to the new Area-51, the Aurora uses the newest parts for upper mid-range PC gaming. Pushing 4K, and VR, this may not be the absolutely future-proof option (assuming about two to three years), but it will sit comfortably atop the crumbled bodies of basically any game to release in the near future, and possibly just break a sweat at the ones past that. That said, its 4K capabilities are not on the Area-51’s levels but they’re nothing to shrug at either. Expect it to game at 4K and VR at a performance level similar to what great rigs did with 1080p gaming a few years back. In other words, this delivers pretty proportionally with its price range.

In the laptop corner is the Alienware 13 – OLED. The OLED screen is nothing new, but Alienware feels now is finally the time to favorably sport an expensive, clear and high-contrast ratio 2,560 x 1440 OLED screen for a portable machine. The 13in. Alienware 13 is a gaming laptop designed to be thinner than ever before with a rigid, carbon-fiber filled base, and six flashy programmable AlienFX lighting zones. Fully upgraded, this thing goes up to Core i7-6500U Dual-Cores, a 4GB GDDR5 NVIDIA GTX 965M, 16GB Dual-Channel DDR3L 1600MHz RAM, and a 128GB M.2 SSD with 512GB 5400RPM HDD for storage. Those hoping to game with VR can hook up an external Alienware Graphics Amplifier – a box with a power supply and a desktop graphics card. Given the small size of the machine, the gaming capabilities and high refresh rate screen it sports are ideally targeted at competitive-level FPS’s, Fighters, or MOBAs. Starting around $1,500, this new machine should be able to run the latest games at least at 30FPS.

Steering away from the desk and onto the couch space, Alienware offers the new Alienware Alpha R2 – a Steam Machine-style couch gaming unit with desktop graphics and a nicely small form-factor. To start, the Alpha R2 itself is very small but hefty. At about the same size as an Nintendo Wii, the Alpha R2 is specifically designed around the issue of cooling powerful parts in such a compact space, while sporting a 60% performance increase from previous versions, and of course, VR support. Running the Alienware HiveMind OS, the Alpha ties in with Steam, and other standard PC applications like images, videos, social media, and so forth. Starting at $500, the Alpha can sport up to Skylake architecture Intel i CPUs, DDR4 RAM, 2.5” notebook drives with an M.2 PCIe SSD, and a desktop NVIDIA GTX 960 (4GB GDDR5). The ability to support the GTX 960 is most significant since it brings the power of a desktop PC to the small size and space of a low-footprint media box. This means playing most games better than consoles can at the moment. It cannot just do VR out of the box though, and this makes sense given how large the thing is and how much it can be priced at to begin with. It does support Alienware Graphics Amp boxes for anyone wanting to get an Alpha for the living room, and pay minimum for a VR upgrade.

For consumers hoping to get into the PC and VR space, Alienware is a nice option. The luxury level prices are to be expected with VR being relatively new, and 4K gaming still at an above-casual price-range. While the all base models of the machines mentioned here are not quite going to get the same kind of power and performance available elsewhere for the price, the more decked out versions of the models do offer a significant edge with current games. Those who already buy Alienware need not shift their allegiances, but those looking to get into the VR and 4K gaming spaces, without building it themselves, should definitely take a look.