I’m just going to get this out of the way early on: the reveal for Resident Evil 7 was one of my, if not the, highlight[s] of E3 for me this year. If the trailer and its cleverly directed — and I may be the only one in “the office” that thinks this — sway of seemingly confusing cuts and sweeping pan shots wasn’t enough to wet many a series follower’s appetite, the secondary vacuously gut-punching announcement that an early demo would be made available soon after, turned the inaugural cheer into a salvo of fist-pumping and cries of delirium. Or, to those sane individuals who aren’t so easily won over by trailers and early promises, a sincere nodding of the head in a “I like this” manner.

We were all kinda hoping Capcom would announce the seventh main entry in the Resident Evil series, but it’s rather gratifying to see an E3 trailer — and a release date that isn’t that far off, I almost forgot (though I wouldn’t put it against Capcom announcing a delay somewhere down the line) — as the one presented here. A creepy, apprehensively-paced, first-person experience and…woah, hold on…this is Resident Evil 7? Now this particular response has, unsurprisingly, spawned one of two follow-up comments: in one camp, the “yes I can dig this” and in the other, the “NO, THIS ISN’T RESI…WHY HAVE THEY CHANGED IT?” collective. While it certainly did startle me, the very stripped-back approach Capcom have seemingly taken with Resi’s latest entry, the feeling I am ultimately expelling is not one of hostility or even distrust, but curiosity. 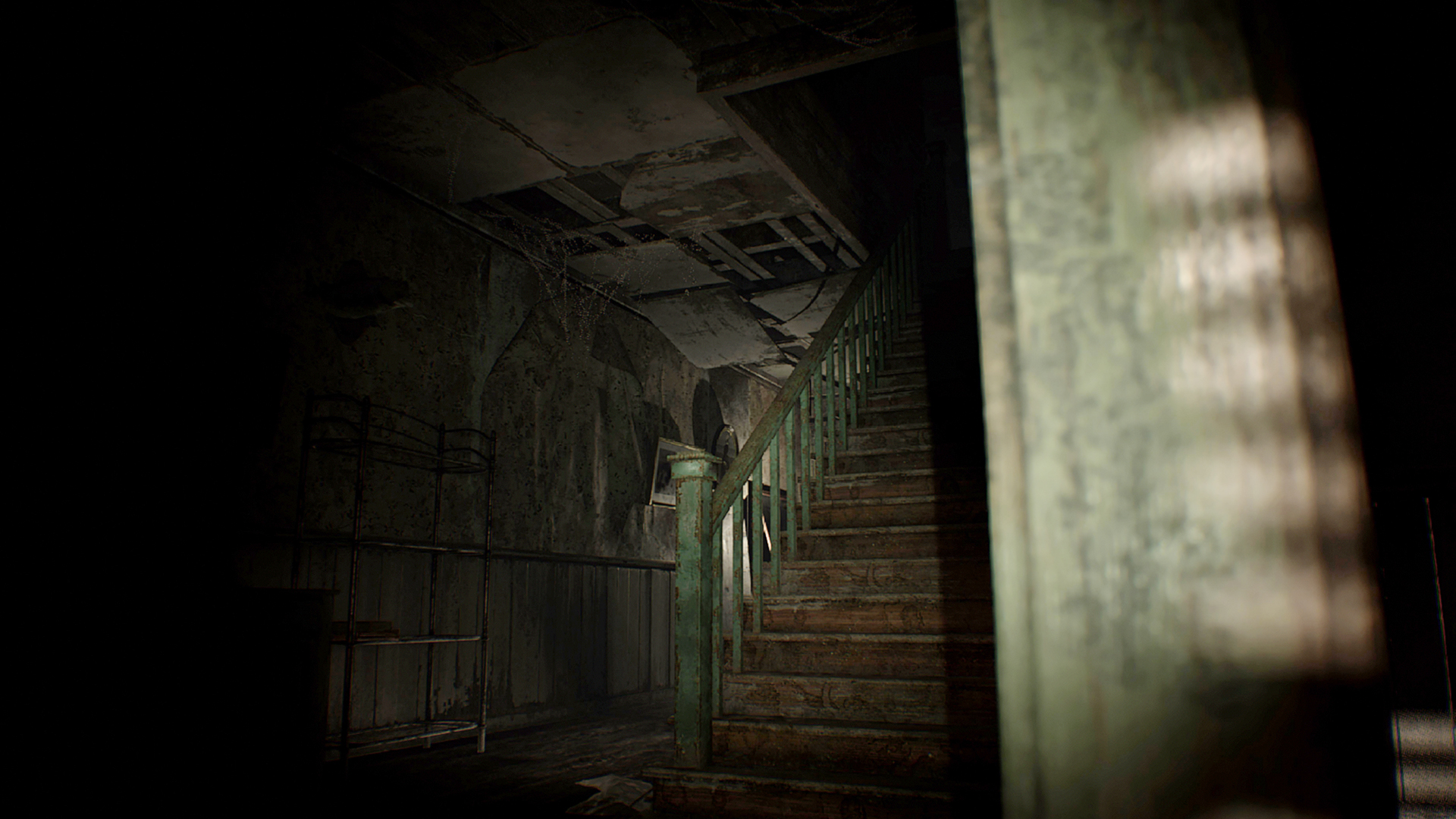 From the way impressions have gone both in and away from E3 already — from the pop-up empty house at Capcom’s booth to the many screens already transmitting the playable demo — it seems curiosity really has gotten the best of us. After all, this is not the first time the series has taken quite the dramatic turn in direction. Resident Evil 4 generated quite a buzz, as much a discontent, over the departure of its fixed-camera perspective; deciding instead on a brand new over-the-shoulder “second-person” style angle that would not only come to aid the game’s universal acclaim across the board, but help shape modern games (both horror and non-horror alike) thereafter. Whether number seven will shake as much as the same foundation as number four did, remains unanswered.

Yet what Capcom have presented so far, a mere week after Sony’s E3 showcase, certainly deserves some hearty mention. For all the nuance discoveries on repeated playthroughs, the theories and the speculation regarding the narrative; the staple ominous vibe clouding over such a simple set-up as a derelict mansion; the lack of any real identifiable series-famed characters (breaking ranks from the usual “who’s it gunna be?” from a possible assemble of early Resi casts), the change in direction — both in promoting and very well offering the game out, albeit a mere slice of it that more than likely will not be representative of the finished product — is palpable. And VR only goes to further that dynamic between the expectation and the reality of what we now share.

It would be unforgivable to not speak of my experience at E3 with the demo — of which I, obviously, chose the VR route when offered it by Capcom’s representatives — and while what was shown certainly didn’t have me screaming at the top of my lungs, there’s no doubting the tools are there to architect something tense and atmospheric. The game’s supposedly-titled RE engine really leaves its mark as far as rendering capabilities go, especially when taking a moment to stop and survey the surrounding furniture when not peaking around corners or questioning why that mannequin is now standing directly behind you. The spatial depth and moments of parallax especially drive VR’s benefits in immersive perspective home and coupled with the selective use of lighting and sound, it’s crazy to think something this upfront is devoid entirely of any troublesome motion sickness.  That’s right: no bad stomachs coming out of this [admittedly brief] VR offering. 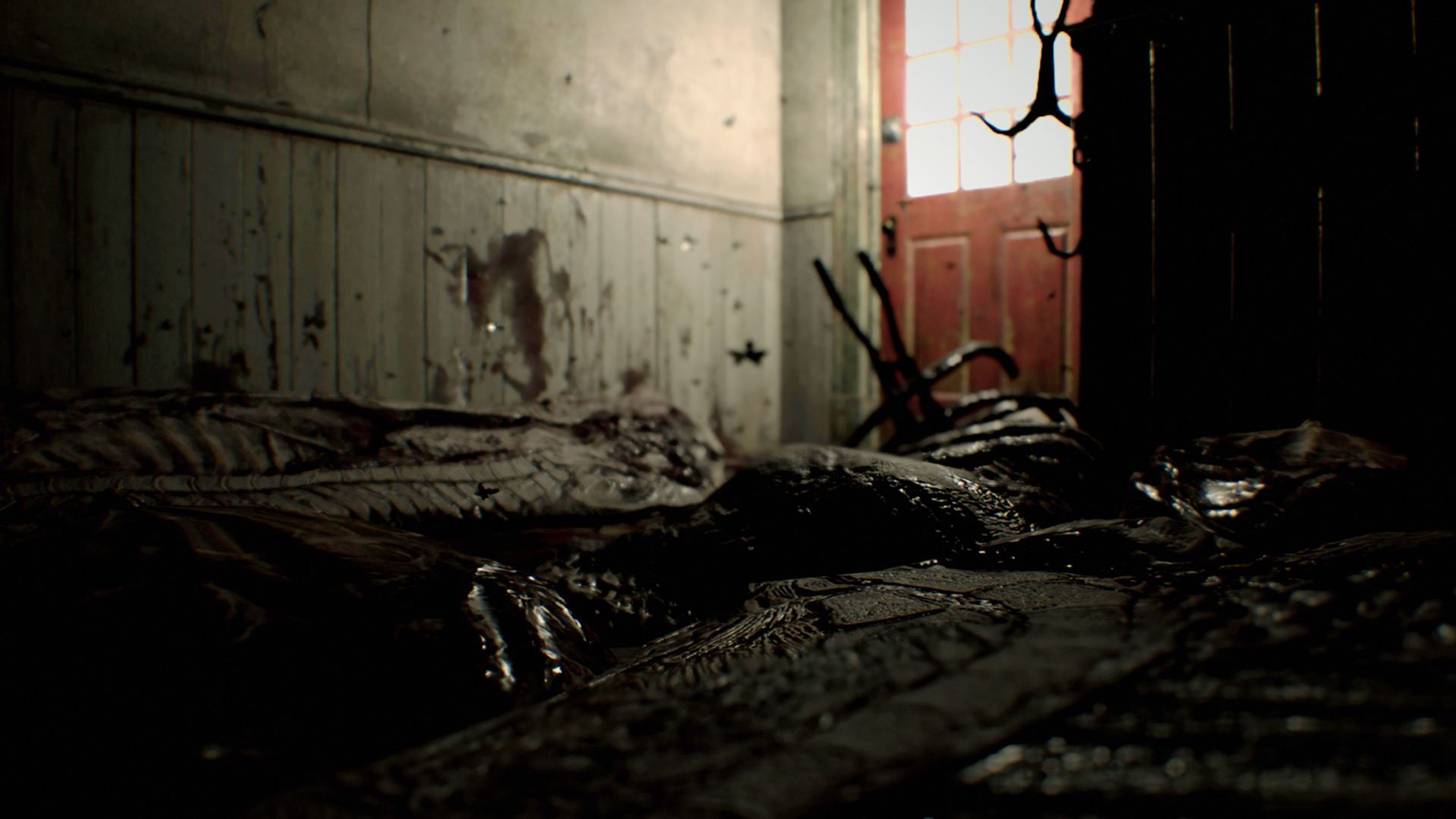 I’ve made it all the way through this without mentioning two very specific letters pertaining to another horror-themed demo launched on PS4. I may have inadvertently broken that run with that last sentence, but my point is that Resident Evil’s rather simplified and rather more personal approach to horror shouldn’t simply be shunned because it came after another rather well-received reminder as to why this genre has had such a meaningful impact across a wide range of mediums for some time. Ah screw it: P.T. will remain one of the best horror “moments” for some time, but if you’re willing to cast that stand-alone moment to the side — not to mention reminding one’s self Capcom have stated development of Resi 7 began well before P.T. materialized — you’ll soon see that the very same developer/publisher/video game giant that may once have neglected (and may still neglect) the principles of other beloved franchises, may well be getting one fascinatingly key and critical point bang-on.

For a series that has always tried to reevaluate and reinvent itself, to varying levels of success and memorable staying power, Resident Evil 7 once more proves Capcom’s zombie-infested survival-horror is not in the least bit afraid to tear itself apart from all former conventions. For a series that never really stands content with previous success, I look forward to the new year and to what may well be the next and newest chapter in Resident Evil’s continuing legacy.