I’ll admit this right up front: until E3 2016, I only had the faintest knowledge of The Legend of Heroes series. As with many non-Final Fantasy JRPGS, it simply passed through my awareness without a second look in 2015 when The Legend of Heroes: Trails of Cold Steel arrived on PS3 and Vita in English. The same must have been the case for its sequel. Yet, this year I found myself at the XSEED Games E3 booth and decided this would be one of the first games to try out. Something about it just seemed uniquely appealing.

As it turns out, I’m tremendously glad to have been given the opportunity to take The Legend of Heroes: Trails of Cold Steel II for a spin as it opened my eyes to what appears to be a seriously creative, humorous, tactical, and overall enjoyable JRPG. That’s my view despite not having much of any understanding about what happened in regards to the story of the first game. Unfortunately for me, that means I’ll basically need to play the original before digging in with the sequel as the stories are directly linked. In fact, the latest title picks up just one month after the events of the previous game. Series fans know what’s going on, of course, and can expect another massive RPG to tide them over for 40-60 hours (or more if they’re looking to Platinum it). 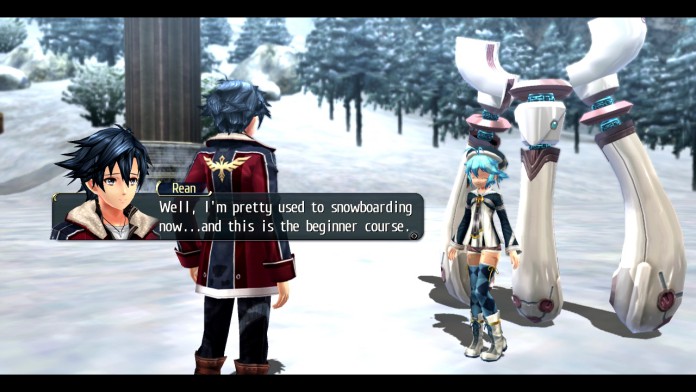 So, what appealed to me since it obviously wasn’t the continuation of the storyline (which I know next to nothing about)? It was the battle system, in part. Despite being a turn-based RPG like so many others, each character really appears to have some distinct abilities and speeds at which their attacks go out. Not only that, but there is a real need to move about the environment while in battle rather than fighting on a nearly static screen. A monster might very well move out of range before your attack strikes – leading to a definite need for thinking ahead when strategizing.

Then there’s the attacks themselves. I’m not sure what happened, but suddenly a character in maid outfit pulled out a tea set and served her teammates at a dinner table – in the middle of battle! I don’t even recall now what the benefit of this skill was, but suffice it to say, it was downright hilarious. This sort of content makes me assume there are other times The Legend of Heroes: Trails of Cold Steel II does not take itself seriously and that is absolutely lovely. Too many RPGs are self serious in a way that just doesn’t appeal to me. Heck, there’s even a snowboarding minigame for some reason. 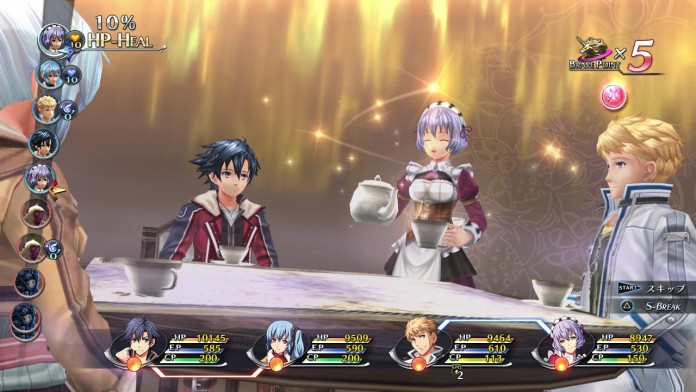 The Legend of Heroes: Trails of Cold Steel II also looks darn good from a graphical perspective. In fact, the moment I realized I was holding a PS3 controller instead of a PS4 controller was a bit of a shock. Sure, it’s not the best looking game out there, but the anime art style and bright, shiny colors make it look quite good despite its last generation status. Hopefully RPG fans still have their PS3s hooked up, though, as there’s no way to play this one on PS4. Like the previous title, it will be coming out for Vita as well.

The impression that this game left on me was so strong that I’m now ready and willing to pick up the original just to prepare for playing its sequel. It’s hard to imagine how excited existing fans probably already are about the impending launch of The Legend of Heroes: Trails of Cold Steel II. An official release date hasn’t been stated, but stores such as amazon are listing the PS3 and Vita release for September 6!