When one thinks about Victor Ireland, one thinks of a man who plumbs the depth of Japanese games, organizing a top notch translation and bringing them to the West in loving fashion. That was the pattern he established with his old company, Working Designs, and the trend continues with Gaijinworks. One only needs to look at the English releases of the PSP Class of Heroes titles to know that he and his company treat the games they bring over with respect.

His hard-earned reputation will be continued with the English release of Summon Night 6: Lost Borders. This series of strategy/RPG games never really got on with Western audience, with only the previous mainline edition and a few spin offs being given the chance here. With this latest release, it seems that this will change. My hands-on time revealed a game that is more difficult to resist than a brick to the face, has the same level of difficulty, but is much more pleasant to experience. 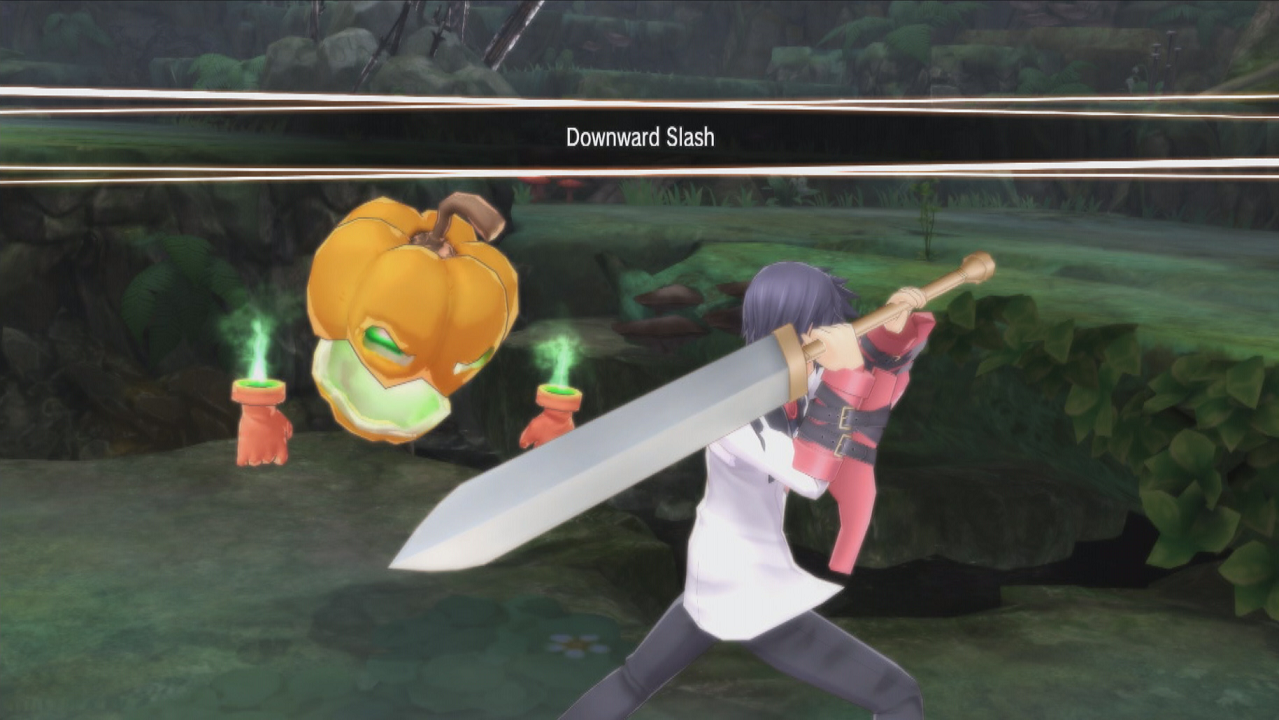 After a lengthy, English acted introduction to the battle, the game proper started. The goal was to defeat a man possessed, Hayato, who is being defended by numerous other monsters. It’s not exactly easy. This particular battle was a bit later in the game, so story bits are being intentionally left out, but even the powered up squad had issues when under my command. Part of the reason is that the really focuses on the “strategy” part of the whole “strategy/RPG” thing.

With contemporary games, the tactics break down to moving a hero close and selecting attack. Maybe a combo system is in place, but the affairs can be pretty simple. Here, positioning is everything. It is almost never smart to pull up and attack directly, as enemies typically get a counter attack. There are ways to prevent said counter, though, which is where so much of the thinking comes in. One of the easier methods is to attack an enemy with a range of one tile using a hero with a spear, that reaches two tiles. One can think a bit further than that, though. For example, the player might move a one tile hero right next to the enemy, but abstain from attack. Then they can move the spearman over, and strike. Because of the close proximity, the close range hero can participate, dealing damage without fear of reprisal. 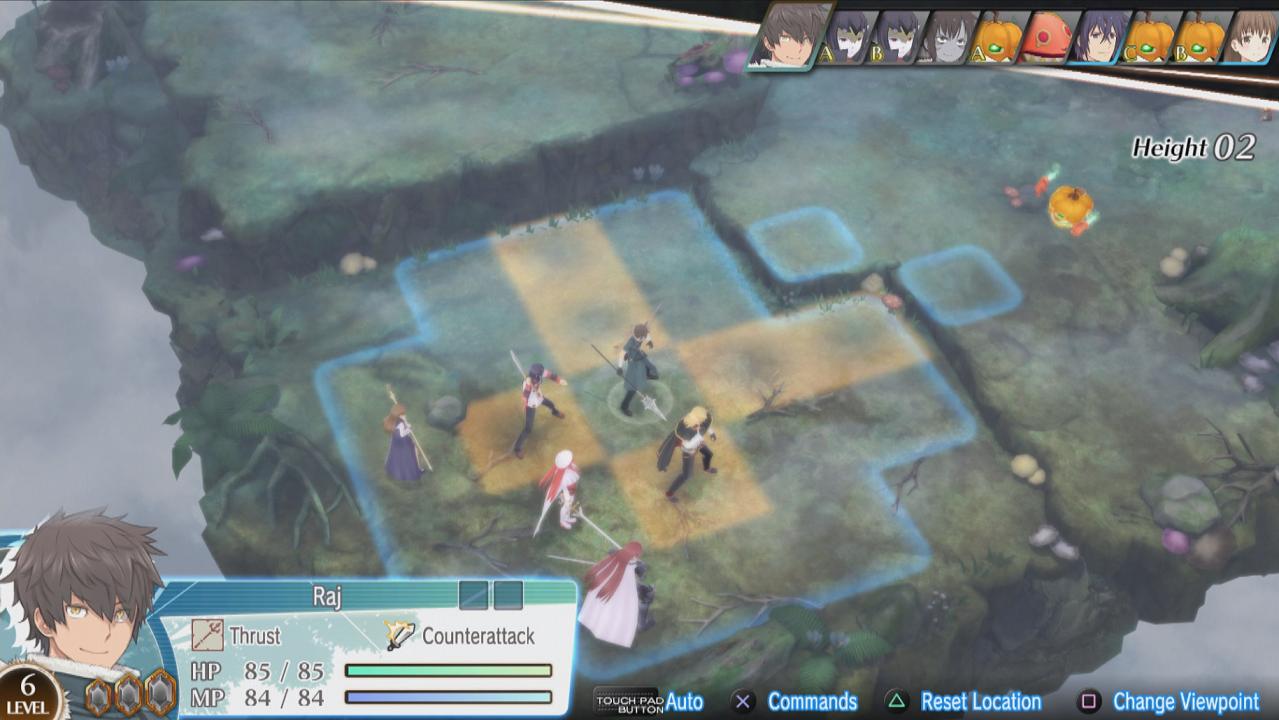 This example is just a basic example of the thinking that will need to go into playing Summon Night 6 effectively. This isn’t even taking into account the summoning magic and ultimate abilities that can be called on to turn the tide of the battle. It is with great personal shame that I must report losing the battle. Even with poor Victor trying to guide me on the best path, I made too many stupid choices and failed a couple of critical rolls. The battle ended with my healer and mage retreating from the encroaching enemy hoping to pull off a miracle. I had the healer transfer magic points to the mage in hopes that an offensive spell would pull my bacon out of the fire. It only seemed to irritate the foe, and both heroines fell beneath the blade.

Far from being discouraged, though, I am anxious to try more. Part of the reason I fell away from strategy/RPGs is that I found them too easy, causing them to feel, at least to me, like regular RPGs where the battles take way too long. (I’m not trying to claim that I am a tactical genius, here.) Summon Night 6 looks to inject what has been sorely lacking in genre as of late: the need to actually think. With Gaijinworks handling the translation, we know that the story will be entertainingly handled. 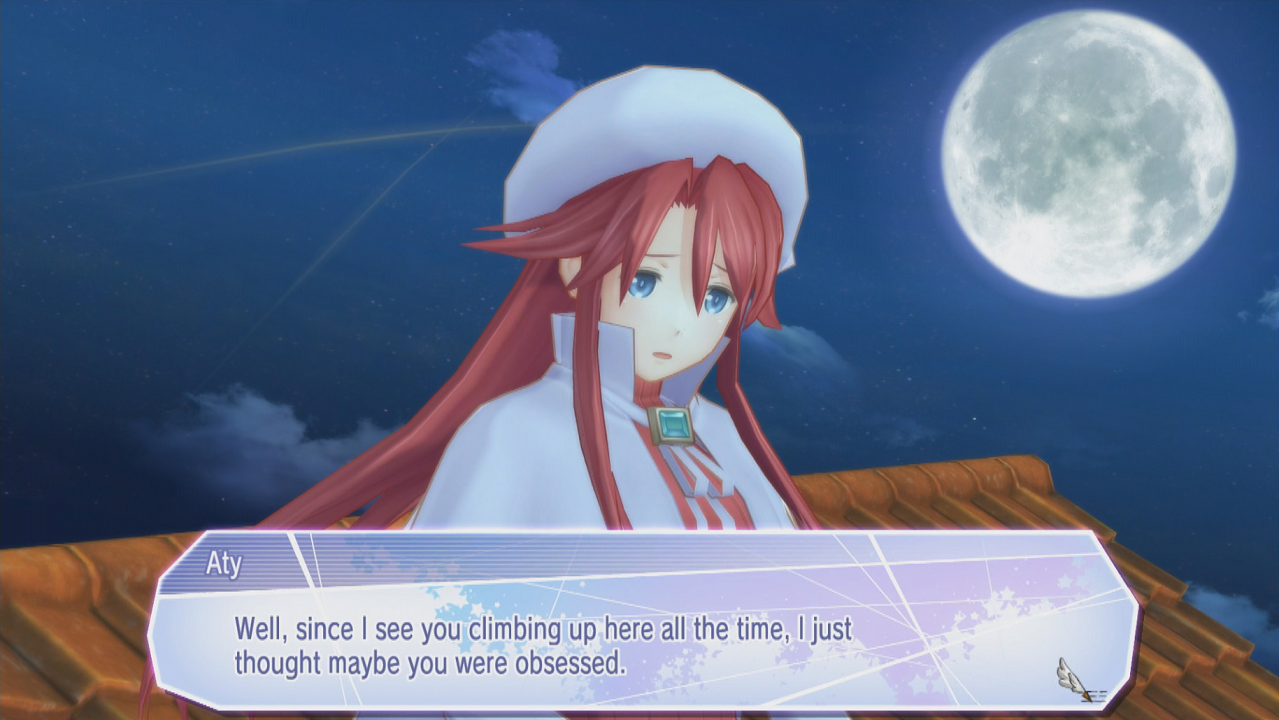 There is but one piece of bad news that must be reported, though, as this edition will not have the Japanese language tracks. Gaijinworks did look into it, knowing that it would be a highly requested feature, but the astronomical licensing costs were cost prohibitive. The cost just to get these voice tracks exceeds the total sales from the most recent Class of Heroes release. Even after learning this, Victor and company still tried to work out a way, with publisher Bandai Namco, to have these added. It fell through, much to his own disappointment. He did express to me that he wanted these there more than anyone else, as he prides himself of releasing a full package to Western fans. Still, given the choice between no Summon Night or Summon Night with English voices, I know which I would pick any day. It will be releasing for PlayStation 4 and Vita in early 2017.