Was there ever a game more hyped than the original Watch Dogs? Ubisoft’s original unveil at E3 2012 was mind-blowing, showcasing an impressive new IP for the, then, unannounced eighth-generation of consoles. Then the game came out in 2014 and it was nothing like that E3 2012 demo. Graphics were significantly downgraded, hacking was too simple (just press Square to hack), and the story and main protagonist fell flat. With Watch Dogs 2, Ubisoft needs to pull an Assassin’s Creed II and deliver a stellar sequel. Hardcore Gamer got to go hands-on with Watch Dogs 2 at E3 2016, spending about fifteen minutes with the game. While Watch Dogs 2 does improve a lot of what was wrong with Watch Dogs, it also fails to fix some lingering issues.

The first obvious change is the city. Watch Dogs 2 has left Chicago behind for San Francisco. Ubisoft Montreal has always been fantastic about replicating real-world locations. Chicago, Paris, London, Rome and the Caribbean among many other locations have been brilliantly recreated for various games and San Francisco looks set to join the list. The winding hills, the landmarks and the sunny weather are all in Watch Dogs 2. It’s not a 1:1 replica because, let’s be honest, that would be nearly impossible to get running on the hardware, but it’s still mighty impressive. 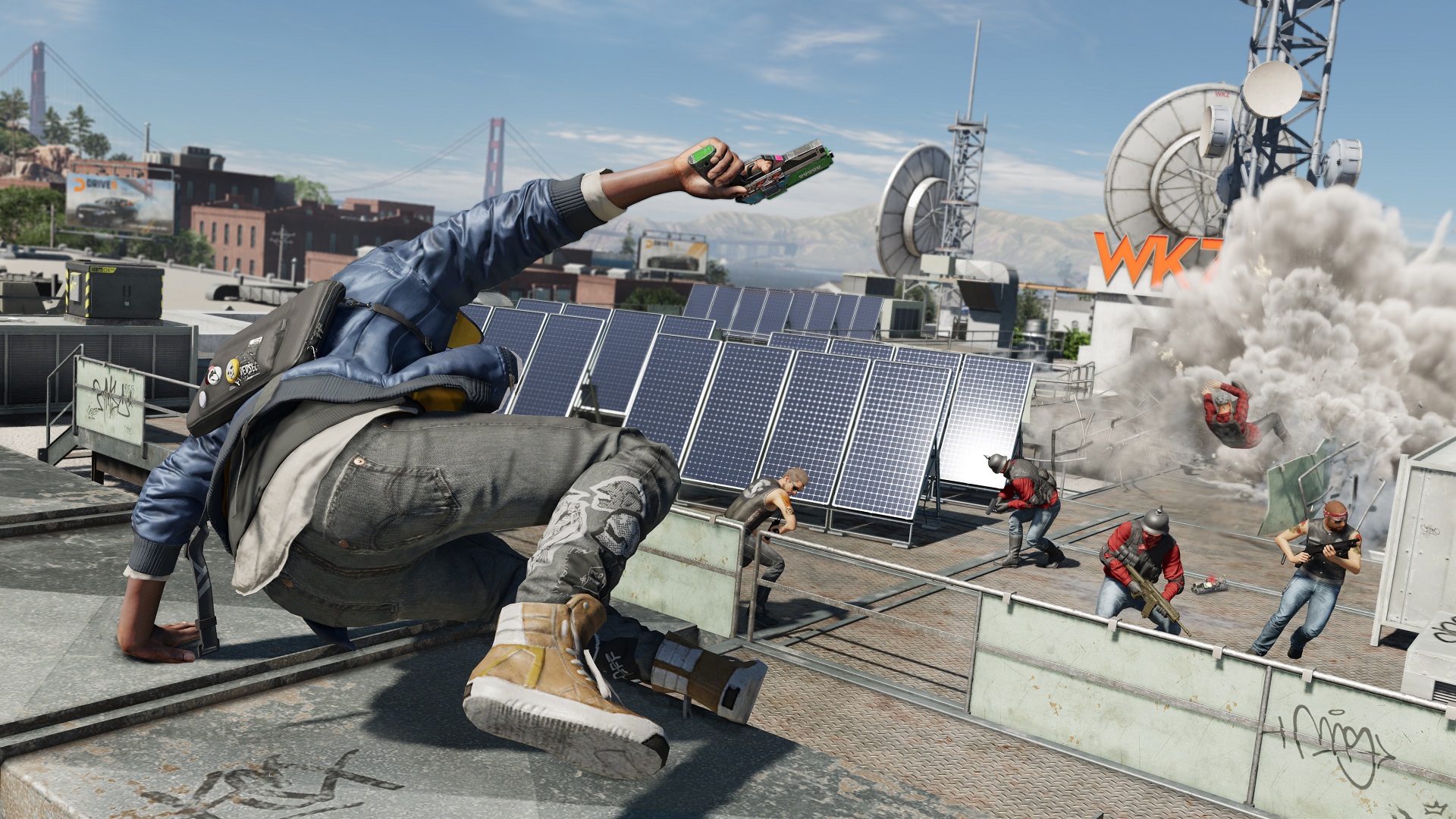 We also have a new protagonist. Ubisoft clearly wants Marcus to be what Ezio was for the Assassin’s Creed franchise, a much better protagonist than the original game. Unfortunately, Marcus’ personality never on display as he didn’t have much to say during the demo. However, you can personalize him how you want. Unlike Aidan Pierce, Marcus’ clothing can be fully customized. All players have to do is enter any clothing store in San Francisco and they’ll be able to purchase new hats, hoodies, pants, and computer bag. The more stores Marcus finds, the more options the player has. Marcus is also a lot more agile than Aidan. Our new hero is quite the parkour master being able to scurry up walls, hop over walls, and climb. It definitely makes chases feel a lot more exhilarating.

Watch Dogs has always been about hacking so it shouldn’t be a surprise that hacking returns. Ubisoft has really taken the time to flesh out the hacking, giving players more options. There’s still the quick-hack (L1 this time), but those looking to do a little more damage to San Francisco will find they have way more options. A new reticle draws a line towards any person, car, or inanimate object the camera is facing. Holding down L1 opens up different hacks Marcus can use. For a person, Marcus can choose to siphon some battery, send distracting text messages, or just read what they’re saying. For cars, Marcus can send them catapulting forward, reverse, or take complete control of them. It’s absolutely amazing how much more freedom and options players have. 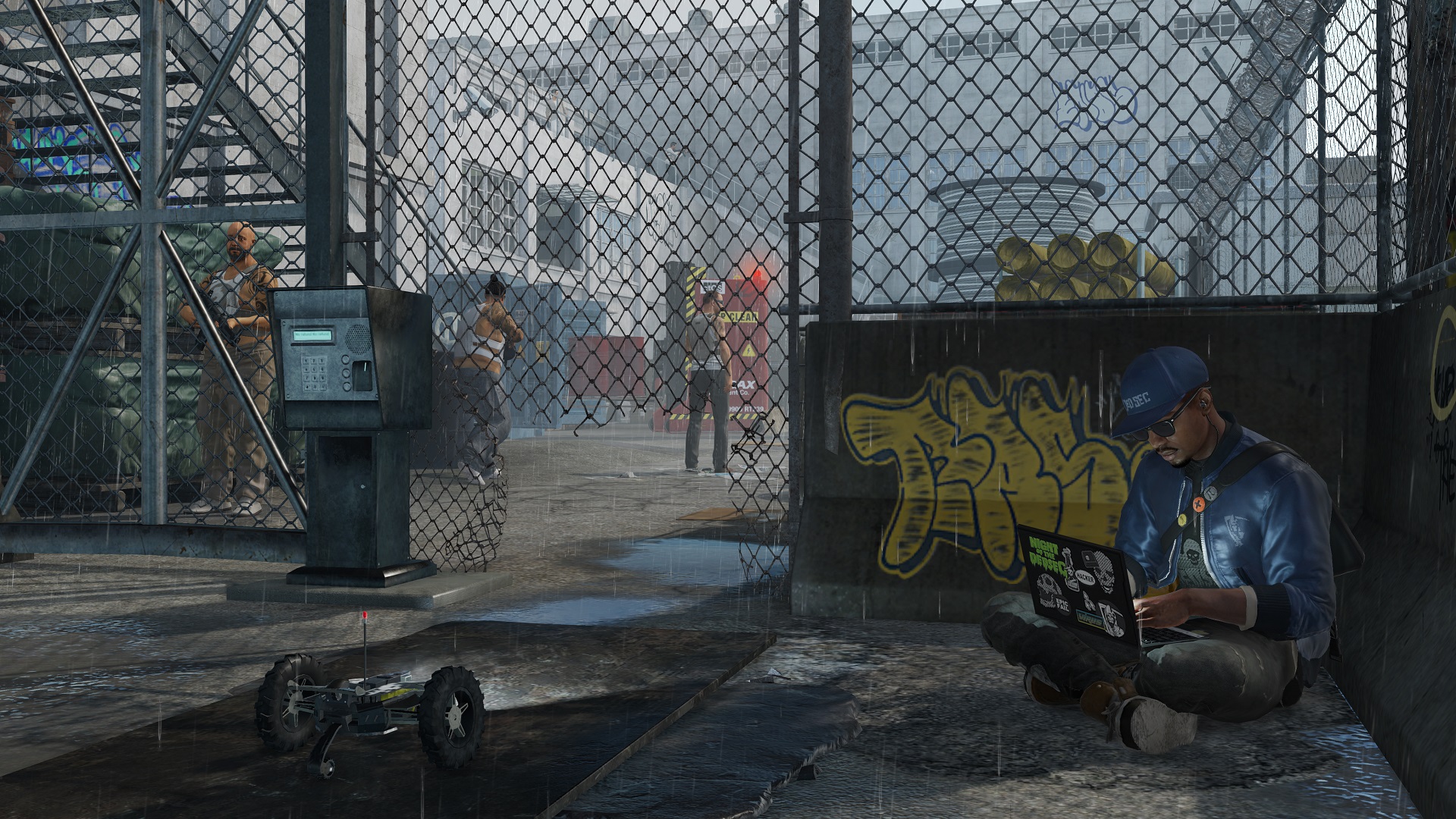 That freedom extends to Watch Dogs 2’s mission design. Ubisoft is giving players control of the wheel and allowing us to choose how we tackle objectives. Want to send a drone into the air to scout out enemy positions? You can do that. Want to sneak through the shadows and use some non-lethal takedowns? Go right ahead. Want to throw caution to the wind and go in guns-blazing? Yep, that’s an option. The breadth and freedom is a nice touch, but not everything works. While guns-blazing is a viable option, the shooting mechanics don’t feel tight. Much like Watch Dogs, participating in gunplay just isn’t fun. There’s no real impact to the gunplay, and it just never feels right.

Another big criticism aimed at Watch Dogs was the driving. While the original game’s driving attempted to be more of a simulator, the sequel is going in the opposite direction. Driving in Watch Dogs 2 has more of an arcade feel. It’s a big improvement over the original game, but it’s not quite there yet. Driving still feels a little loose, like there are still remnants of a simulator buried in the game’s code. Arcade-like driving may not be realistic, but being fun is more important in a game like Watch Dogs 2. 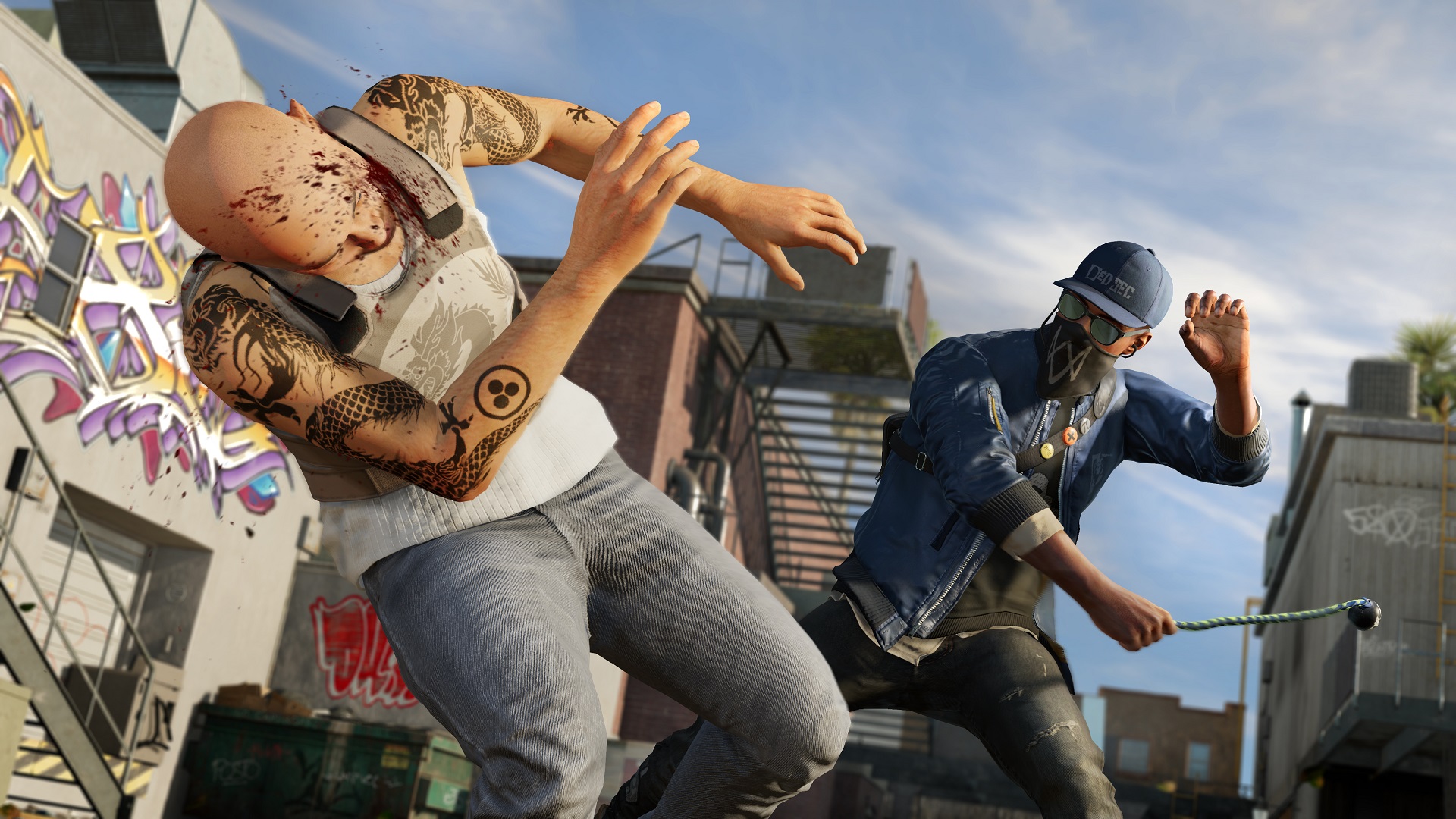 It feels like Ubisoft Montreal is trying their best to improve the Watch Dogs formula and they’ve already checked a lot of boxes. Hacking has vastly improved, giving players more tactical options, and San Francisco’s unique geography feels like it will make an excellent sandbox. Most importantly, large chunks of gameplay are actually fun. The game is still many months out and Ubisoft can still tweak some things. The shooting, for one, needs to be tightened to where it’s a fun, tactical option. Secondly, it would be nice to see the driving tightened up to where it’s less of a simulator. Watch Dogs 2 has potential, and perhaps it can be to the Watch Dogs franchise what Assassin’s Creed II was to the Assassin’s Creed franchise: a game changer.