Necropolis is an upcoming roguelike with a high difficulty and option for up to three player co-op. Not only does it appear to play good, but it also looks great with stylish visuals.

It’s currently up for pre-order on Steam at the price of $29.99. But what if you’re more of a fan of physical goods? Luckily for you, iam8bit have just revealed a collector’s edition for Necropolis.

The price is a bit higher at $50, but you can opt to nab it on Steam, PS4, or Xbox One and you’ll nab a 180 gram soundtrack vinyl and customizable death certificate as well. Pre-orders are open right now and expected to ship in Q4 2016. 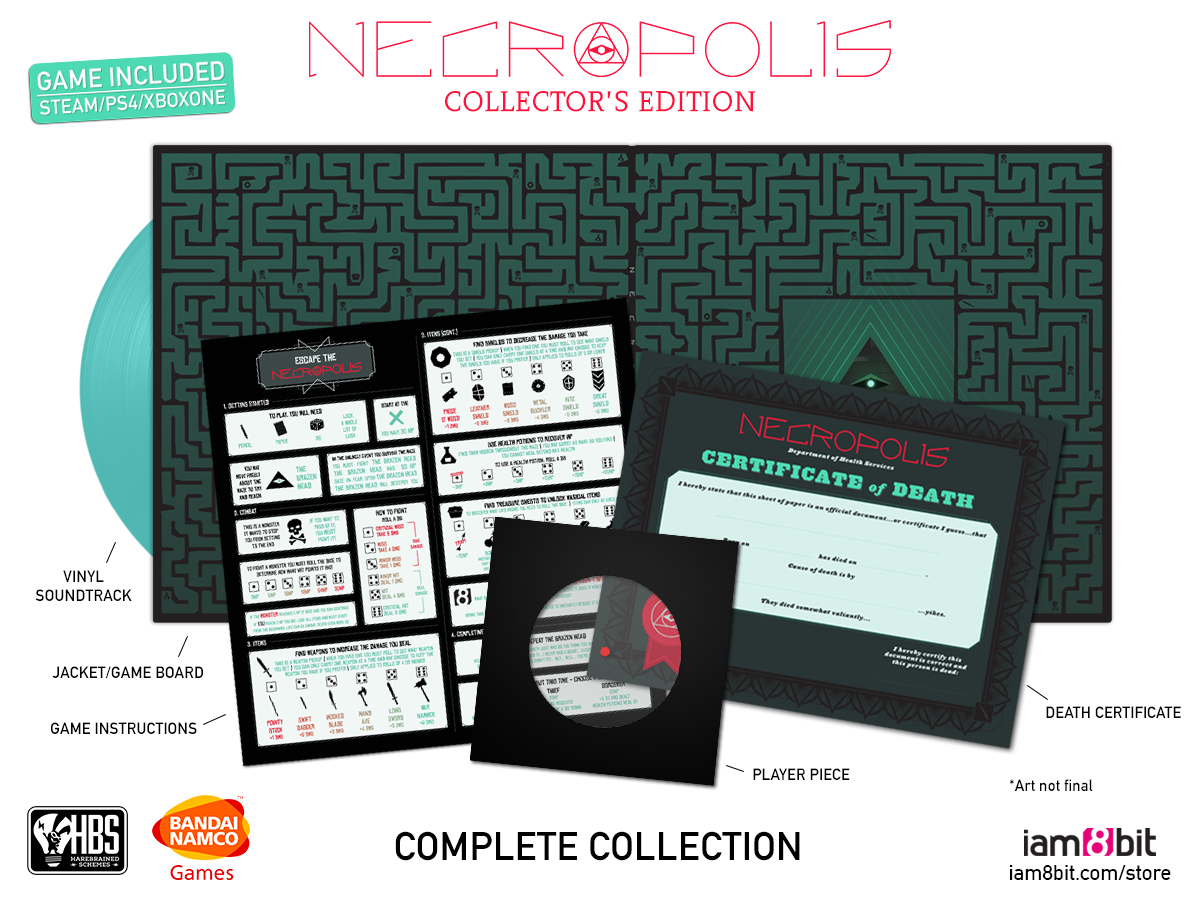