Deus Ex came roaring back in 2011 with the excellent Human Revolution, with Eidos Montreal’s take on the much-loved franchise received widespread praise. The sequel, Deus Ex: Mankind Divided, was playable at E3 2016, giving us a first-hand look at the game. While initial impressions went up a few days ago, we’d like to further elaborate on choice and how something so simple as approaching a gameplay segment can seriously affect the game.

Mankind Divided provides players a fairly simple choice at the beginning, how do you want to fight. Do you take a very lethal weapon or a silenced weapon into battle? From there do you want to play long-range, or short-range? These seemingly benign choices end up having some big consequences later in the demo.

The majority of the Dubai level is meant to train players for a final conflict at the end. As always, players can choose to take cover, crouch, and sneak around enemies. Or, players can choose to take cover and open fire. Jensen is also capable of knocking out or executing enemies. Knocking them out won’t alert other guards, allowing players to continue to sneak around. Executing them alerts nearby reinforcements, but serves as a way to quickly dispatch enemies that get too close. No matter what you choose, Mankind Divided will cater to your playstyle. Despite choosing an assault rifle, we chose to sneak around the vents and bypass enemies. Why? We were determined to save as much ammo as possible for the final confrontation. 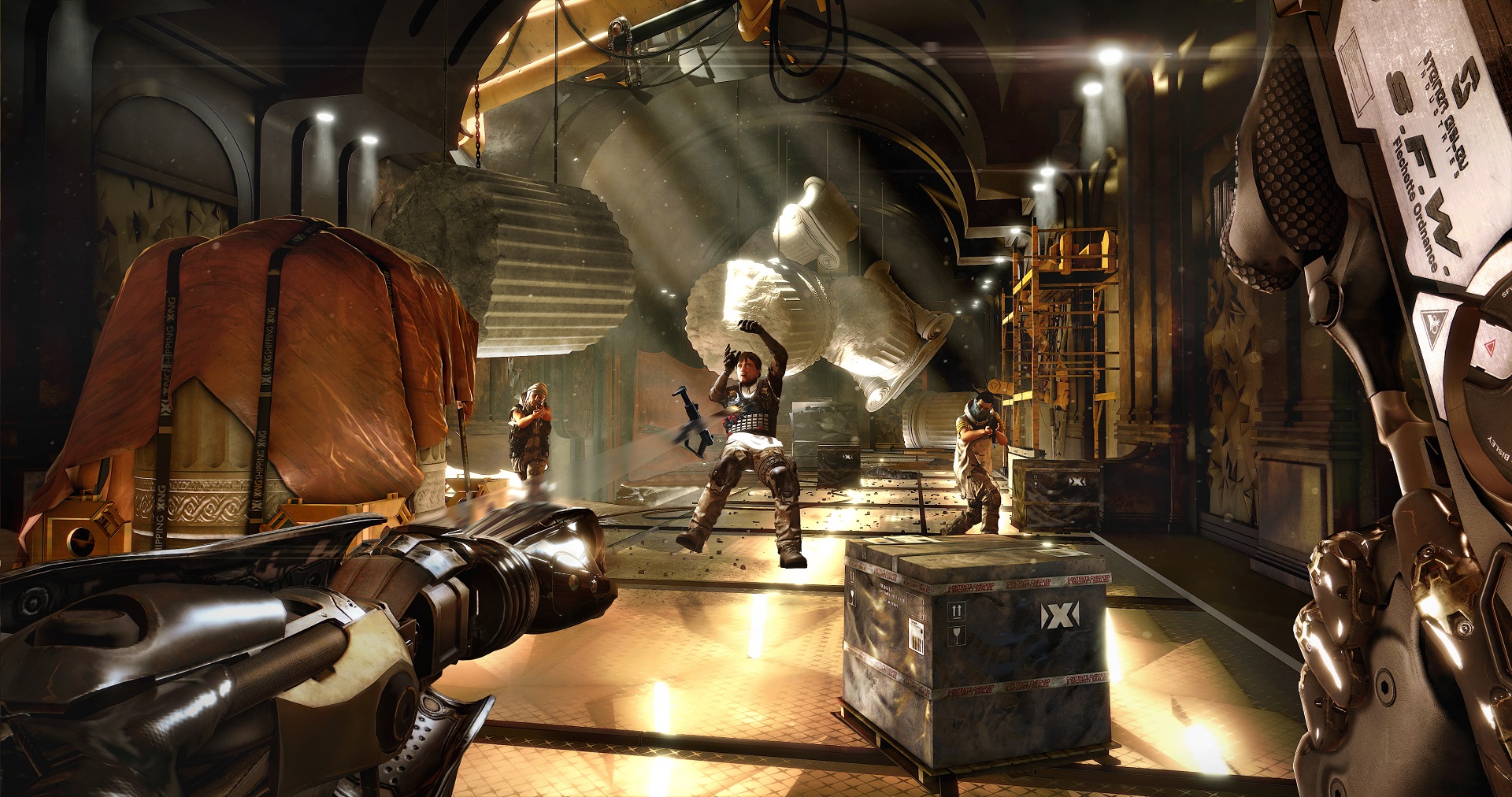 All of these choices came to a head in that final confrontation. Jensen and his team were using a black market arms sale to uncover the identity of the buyer. The man facilitating the deal was an undercover agent. Suddenly, right before the deal starts, augmented mercenaries arrive and kill off most of the men and steal the goods. Jensen has three objectives; save the undercover agent, stop the mercenary’s helicopter from taking off, and do it all before a raging sandstorm hits.

Unfortunately, the demo did not feature any branching dialogue options. This was a big feature in Human Revolution, and choices made would alter the way the game ended. There also weren’t any boss battles to sample, which was a shame seeing as how criticized they were in the original version of Human Revolution. Back then, there was only one way to defeat bosses, brute force. This decision clashed the idea that you could play any way you want, and Eidos Montreal fixed this in the Director’s Cut. Hopefully this won’t be a problem in Mankind Divided, but it would have been nice to know for sure at E3. 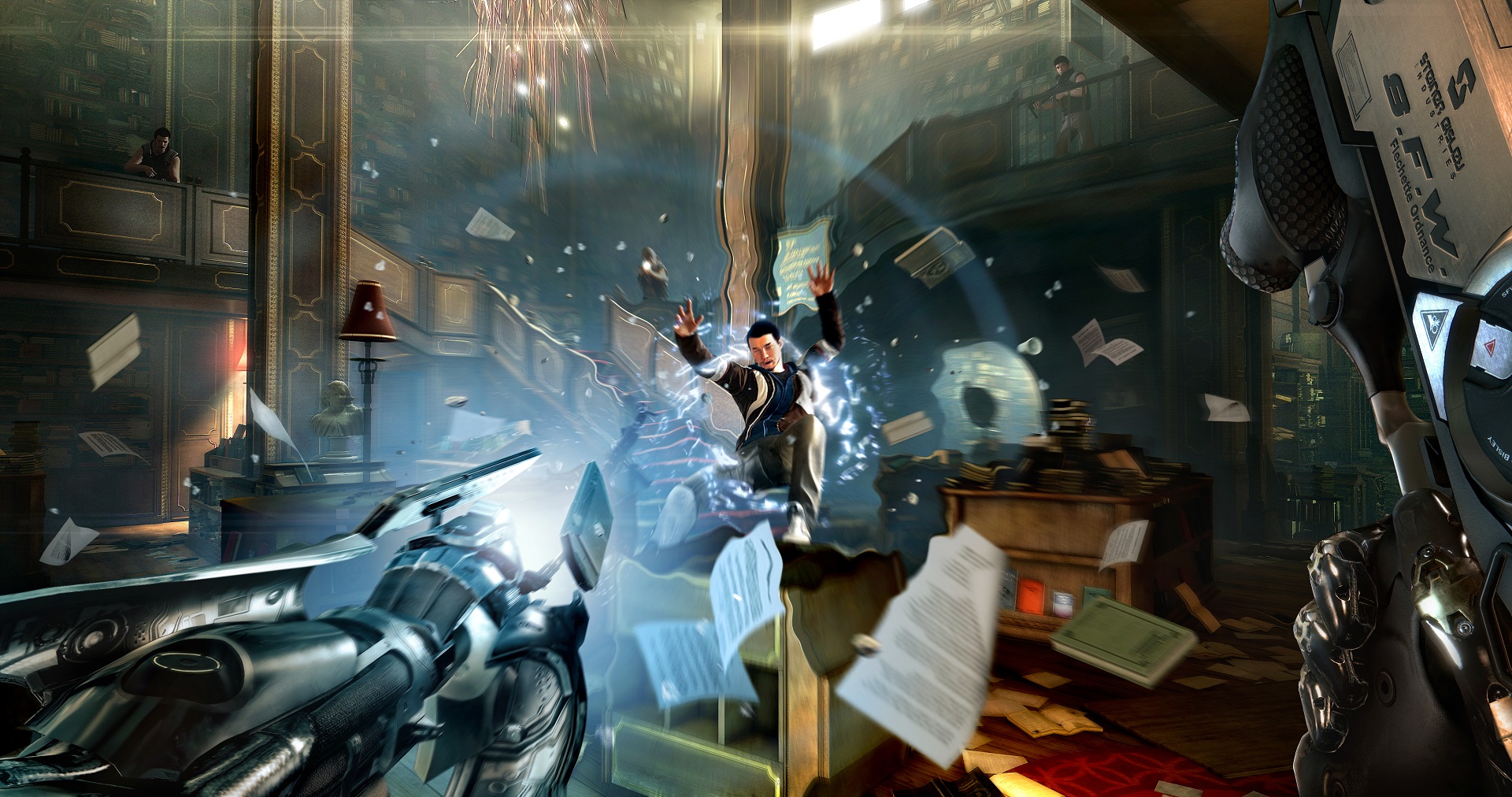 While Mankind Divided played well, the game still needs a bit of polish. During the demo, the game crashed after performing a silent takedown. Bugs and crashes like these are typical of pre-release builds, but in Mankind Divided’s case, this is alarming. With the game out in two months, Eidos really needs to get the game up to snuff.

Despite the crash, Deus Ex: Mankind Divided was still enjoyable. Eidos Montreal has really focused on what made Human Revolution good and expanded on those elements. There are many different ways to play this game, and all of them carry consequences. There’s no right or wrong way to play, ensuring that different players can have difference experiences based on their own choices.

Deus Ex: Mankind Divided is out August 23 on PS4, Xbox One and PC.