Games based on history tend to either err towards sci-fi or just aren’t very good. The Assassin’s Creed franchise uses history as a backdrop for its very sci-fi heavy plot. The History Channel series of games just outright suck. Is there a way to make a historical game that doesn’t suck, or simply use it as a backdrop? Kingdom Come: Deliverance aims to answer this question with a resounding yes. We got to catch up with developer Warhorse Studios at E3 2016 to learn more about Kingdom Come and the steps they’ve taken to create a historical game that’s still fun to play.

Kingdom Come: Deliverance takes place in the fifteenth century in the former Kingdom of Bohemia. You take on the role Henry, a young man whose family and entire town was murdered over precious silver. Seeking revenge, you adventure into Bohemia where, using your vast array of skills, attempt to learn the truth and find the ones who wronged you.

The demo tasked us with hunting down a murderer who has taken refuge in a monastery. Warhorse pointed out that players can approach any mission any way they want. You can sneak, charge in swords swinging, or find some alternative path. Here, Warhorse opted for an alternative path. Having taken an invite to become a monk from a pedestrian, our hero made his way to the monastery in an effort to join and get inside. 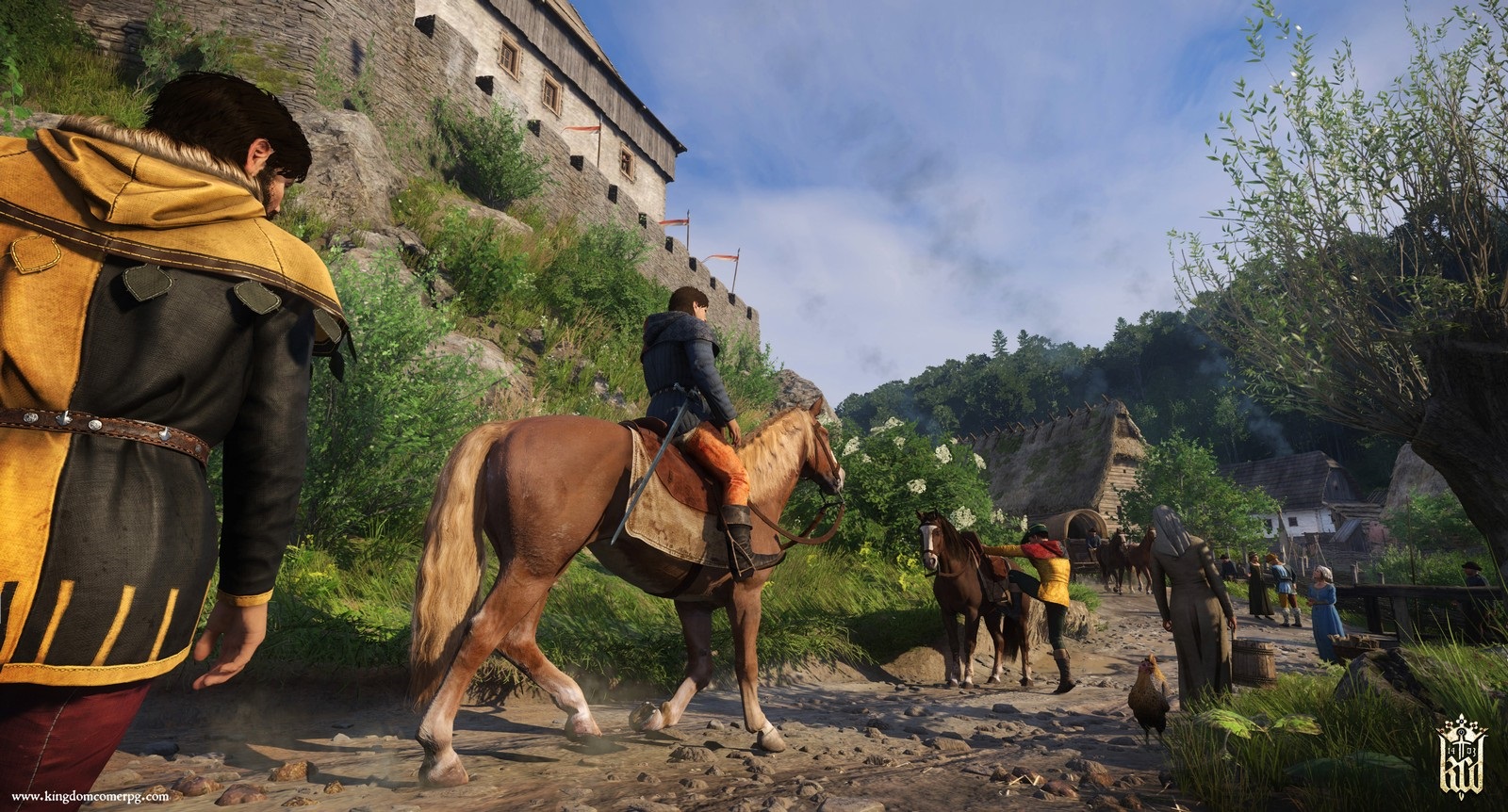 It was here that Warhorse really showed off how historically accurate Kingdom Come is. Taking us on a tour through the village, the developer explained how they worked with historians, talked with universities, and made use of blueprints and topographical maps to faithfully recreate the entire kingdom. Warhorse even shared a side-by-side comparison of the monastery in-game and in real life. It’s an impressive feat, and on-par with the accuracy you’d see in an Assassin’s Creed game.

Kingdom Come’s attention to historical detail doesn’t stop at the world’s setting. Combat and armor have been carefully analyzed to be as accurate as possible. This led to the Layer System, a means of layering different types of clothing and armor onto your body. Players are given a total of sixteen layers, which they are free to do with as they please. However, they will need to be careful what they use as different types of armor will affect gameplay. Full plate armor is going to defend you from sharp weapons, but it’s going to hamper stealth. Leather armor is great for playing as a sneaky thief, but you’re going to die fast when faced with weapons. Armor also affects reputation. For example, wearing enemy armor in friendly territory will turn the people against you.

The armor enemies wear will, as expected, affect the combat. Full plate armor is designed to blunt the damage of sharp weapons like swords. You can wail on an enemy covered in full-plate armor as much as you want, but it won’t do much. He’ll fall eventually, but that will be a lot of time and effort wasted. Instead, use a blunt-force weapon like a mace. These weapons were designed to interact with the armor, and use its weight to cause trauma to the body the armor was supposed to be protecting. It’s an interesting system that doses of reality and immersion to the experience. However, it remains to be seen if a system like this will actually be fun for 30+ hours of gameplay. 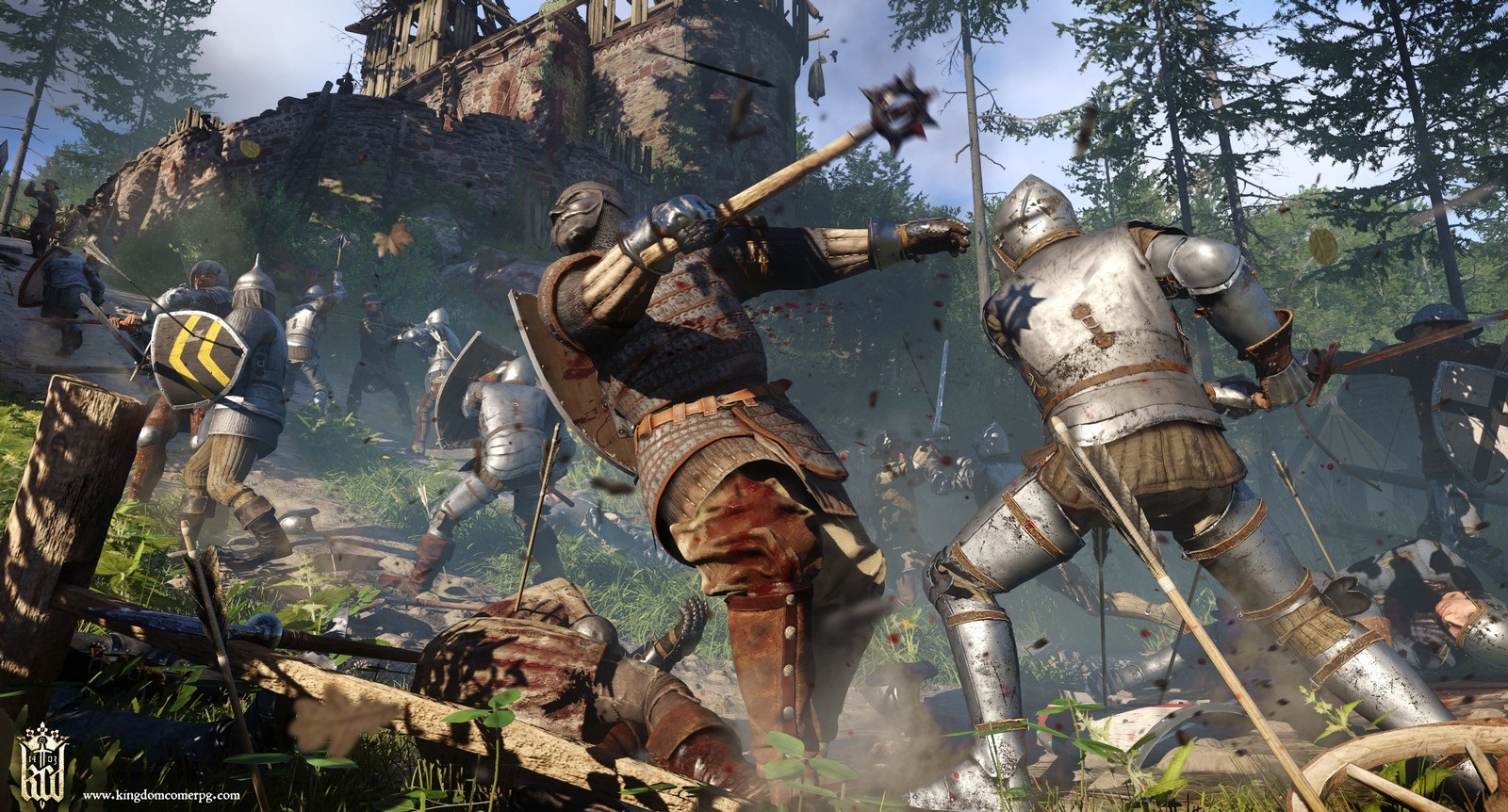 Built using CryEngine 3, Kingdom Come looks quite stunning. Kingdom Come employs global illumination with the results being some very realistic looking lighting. The team is planning on adding in a dynamic weather system before the game launches. In its current form, Kingdom Come only has rain and the sun. The team is hoping to add in storms and potentially other types of weather by launch. It’s a pretty game already and the extra time in development will allow them to further improve what they already have.

Kingdom Come: Deliverance is scheduled for release sometime in 2017 for PS4, Xbox One and PC. The beta is live now on PC. The team has no plans to release the beta on PS4 or Xbox One.