The dungeon-crawler genre is strong as ever and this fall Idea Factory will be adding their unique flavor to the resurgence with MeiQ: Labyrinth of Death. Previously titled Death Under the Labyrinth (MeiQ no Chika si Shisu) in Japan, the localization will be fully voiced in English as well as Japanese.

In MeiQ you’ll explore a world set during the Machina Age. The planet has stopped rotating and darkness has given rise to monsters in need of slaying. A more permanent solution to this endless night lies in an item called the Planet Key. The fate of the world now lies in the campaign to seize this legendary item and there’s no one better suited to take on the darkness than Estra, a young Machina Mage. The story starts as you set off with your mechanized Guardian in an effort to challenge the Four Towers and the trials lying inside. 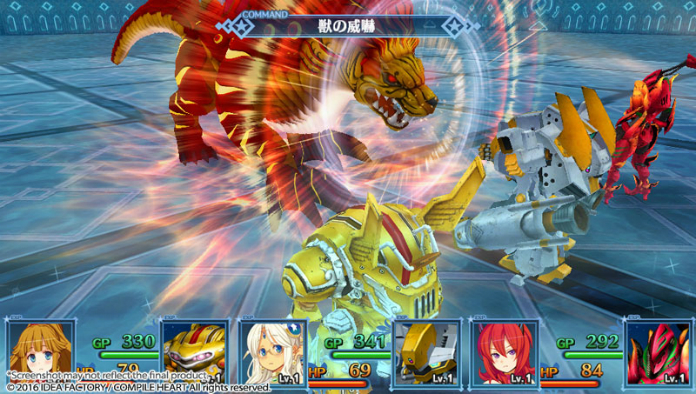 Battles have you strategically switching between the Machina Mages and their Guardians in a three-person party. Estra will be joined by four other mages that each represent their own respective element. Along with Estra’s Earth specialization you’ll pair her with Flare of the fire, Connie of the wood, Maki of the metal and Setia of the water. Mastering elemental weakness and resistance will be an integral part of your success in the world of MeiQ.

Each Machina Mage will have a robot Guardian that is fully customizable. This is where MeiQ hopes to stand out and impress among its peers. You’ll swap out body parts to not only change the stats but also how the characters will fight in battle. Additionally, Estra can change outfits to alter her elemental affinity but that pales in comparison to how you’ll evolve your robotic counterparts. Over the course of the game you’ll augment the Guardians with loot drops and items bought from shopkeepers. It’ll be exciting early on in the games life as players discover powerful combos by pairing specific robotic body parts together.

The Machina Mages are full of flirtatious energy so there’s no denying the art direction. It has the potential to turn people away with its bosom-busting characters, but the colors pop and the Guardians stand in cool juxtaposition. The anime influences will hopefully radiate on the Vita’s screen. 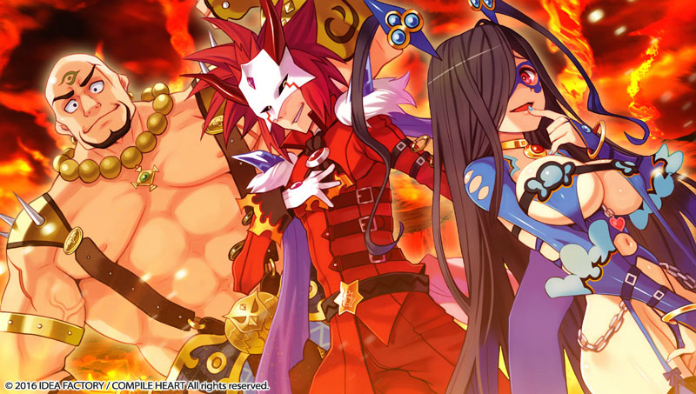 Don’t let the cute characters fool you as the game’s developers have made it clear that MeiQ will be hard. You will need to experiment with the customization options and use elements to your advantage to conquer all the challenges hidden inside the Four Towers. There will also be a hard mode if that’s not enough. Luckily, the penalty system is much more forgiving than any of the beasts you’ll encounter during your travels. Dying will bounce your party to the beginning of the dungeon, but you’ll be able to keep the experience gained.

MeiQ: Labyrinth of Death hits PlayStation Vita this fall. Idea Factory will be releasing physical and digital copies compatible with PlayStation TV. It’s refreshing to know that the Vita still has life left with games like MeiQ.