At E3 2016, we were able to sit down with Dawn of War III’s Campaign Lead, Brent Disbrow, to talk about what Dawn of War III has to offer over its competitors.

Where does Dawn of War III take place chronologically? Does this follow the events of the first two games? 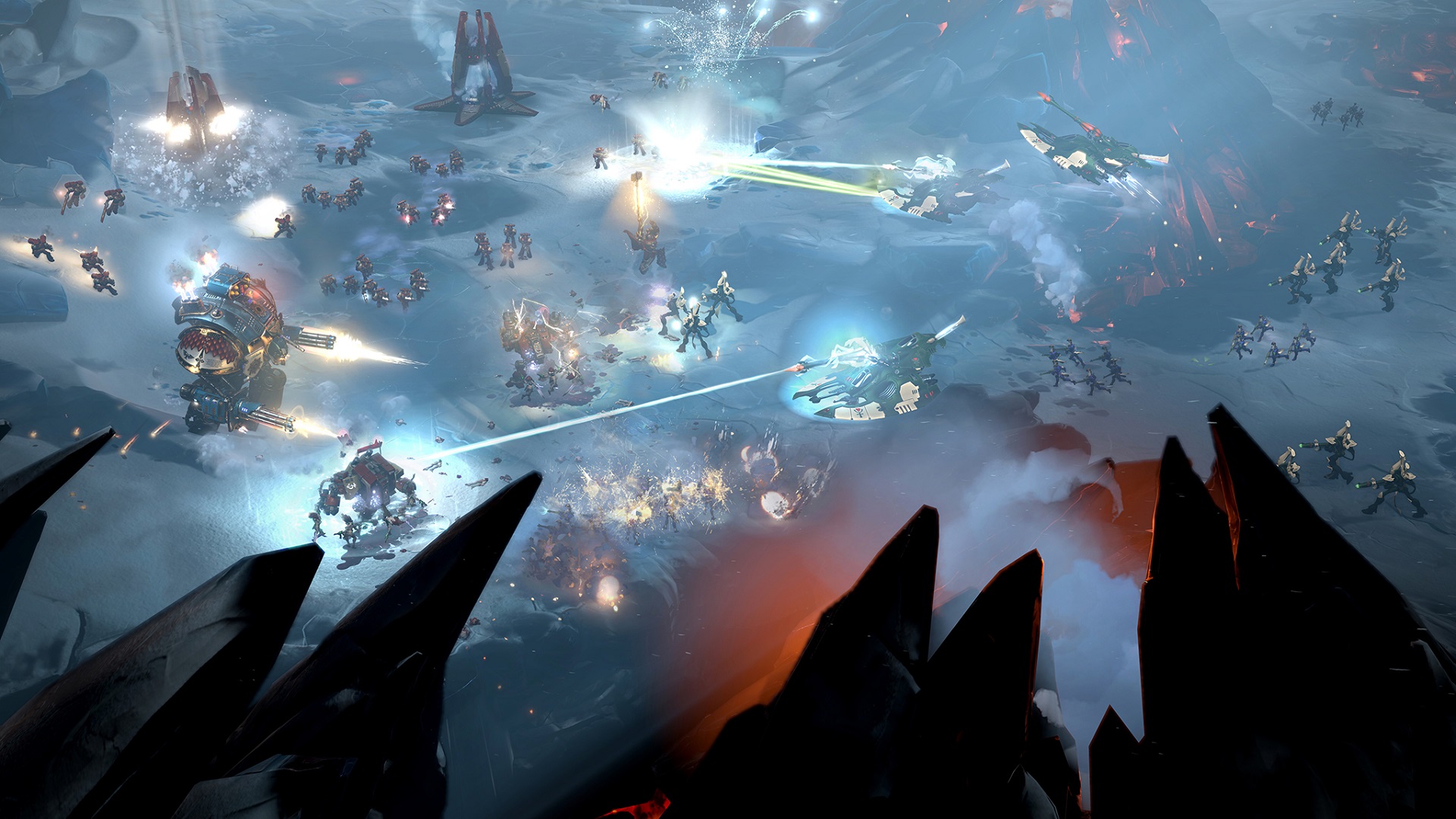 Dawn of War was kind of a traditional RTS, but Dawn of War II went in a different direction by adding in RPG mechanics. Where does Dawn of War III sit gameplaywise?

I’d like to think it’s something completely new, but it is standing on the shoulders of its predecessors. What we’re taking from those two games is what’s really exciting. You have the large scale of battles and base-building of Dawn of War, and heroes and the agency they provide to battles from Dawn of War II. We’re taking those two building blocks and adding new mechanics and coming up with a new special sauce for Dawn of War III. I would say it’s an evolution.

How many factions will there be at launch, and will they each be playable in the campaign?

There are going to be three factions; the space marines, orcs, and Eldar. You will play as all three factions during the campaign and we have a really strong, epic story that plays out from the perspective of a hero of each faction. Gabriel Angelos is the hero perspective for the space marines. Can’t say who it is for the orcs and Eldar just yet. One of the cool things we’re doing with the campaign is that we’re weaving the perspectives constantly. So, you play the first mission as space marines, the second as orcs, and the third as Eldar. That kind of flow will continue throughout the game.

In the demo we got to see the orbital bombardment. Is that a late-game ability because that looked really overpowered?

Yeah, the orbital bombardment is the space marines’ super ability. Very much a late game power. In the campaign we have a little more leeway with when we can let players access it. Multiplayer though, absolutely a late-game thing.

One of things we’re really excited for is that in Dawn of War III is that players can actually control the orbital bombardment. In the past you’d just drop it and the enemies might be about to run away. Now, you can follow them, though each kill earned will slow down the beam. There’s a lot of counter-play here that we can’t talk about yet, but that’s one of things we’re going for. 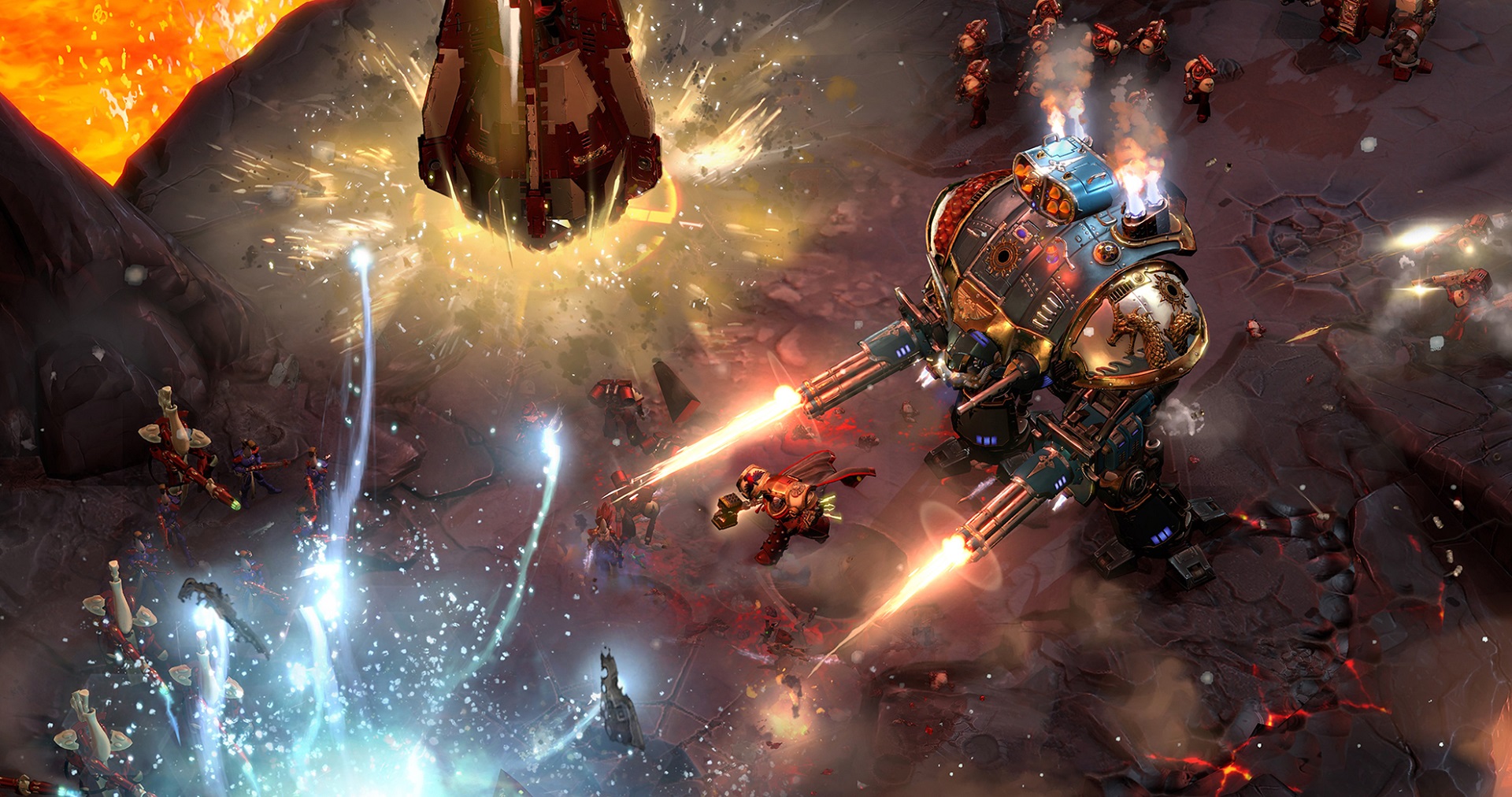 We also saw quite a bit of environmental destruction. Will that be a mechanic on all the maps, or is it limited to certain events?

I think it’s going to be reasonably specific in terms of what can and can’t be destroyed. We’re not letting the players drill their way through the maps.

Some other RTS games, like Civilization, give players different ways to win a match. Will Dawn of War III have multiple victory conditions, or is there only one path to victory?

I can’t really answer that because we’re not talking about multiplayer. What I can say is that I think what we’re coming up with is really exciting and that players are going to really like it. We’re going to talk about multiplayer later in the year. 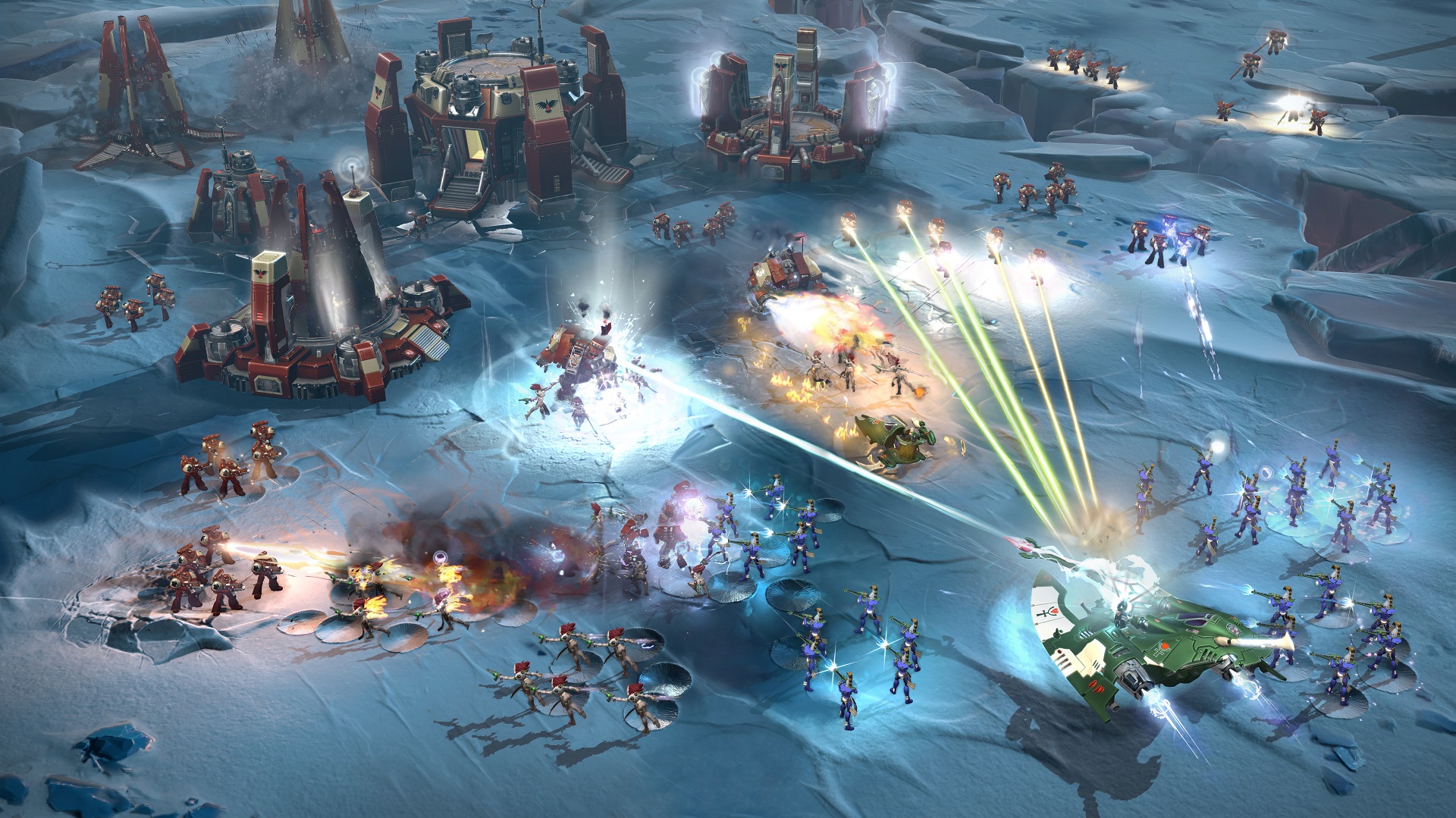 With Starcraft, Total War, Halo Wars 2, Civilization VI and now Dawn of War III, it seems like a good time to be an RTS player. What do you think sets Dawn of War III apart from the others?

Well, there are different audiences to a degree. The Dawn of War series has a really big fan base. There are the previous players who are excited for the game. We have the Warhammer 40000 universe, which is also pretty big. We have a really solid single player campaign, which is a big focus for us. We’re working on accessibility, a return of some great futures, and I just think there are a ton of things that are going to differentiate us. We’re excited about what we’re bringing to the table.

When is Dawn of War III out?

We’re launching sometime in 2017 for PC. We’ll have more details on the release later in the year.