While Konami is mostly dead and buried, the people who made its games are still around and many of them aren’t ready to switch to pachinko or mobile yet.  Or stick burning needles of fire directly into their ear canals, for that matter.  Inti Creates and Koji Igarashi teamed up for the incredibly successful Bloodstained Kickstarter last spring, and ever since then they’ve been hard at work making a game that’s a GBA/DS Castlevania in everything but name.  The E3 demo shows off what the team has been up to, and it’s not only looking awfully familiar but better than ever thanks to finally escaping the confines of the handheld screen.

Bloodstained: Ritual of the Night features the all-new character of Miriam, a talented fighter who’s more than capable of making her way through a few monster-haunted halls. The game plays almost exactly as you’d expect based on its legacy, for better or for worse, with Miraim making her way through a classic map made of connected rectangular rooms with the map available at the press of the Back button. Monster designs are very nice, with weak blobby creatures shuffling about harmlessly unless you run into them and cloven-hooved lion-headed horned rolling beasts getting in the way when jumping up a series of platforms. There are only six monsters plus a boss in the demo, but they’re all very Castlevania-ish and fit the gothic action perfectly. 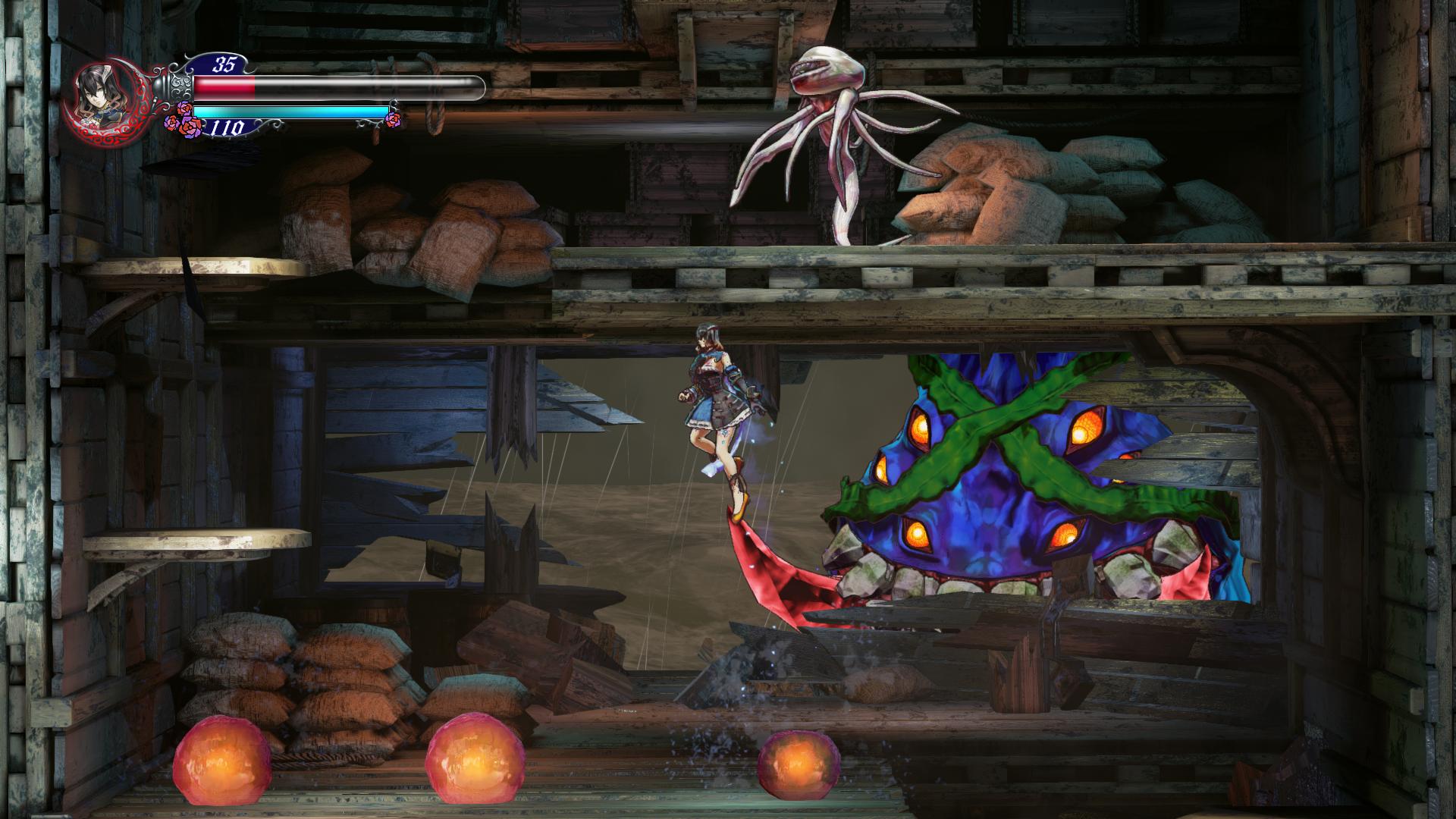 They’re also a bit (by which I mean very) easy, but it’s worth mentioning that trade show demos are usually about showing off the level rather than challenging writers who might have a dozen other appointments covering genres more suited to their skills. The haunted ship and its creatures are a cakewalk, with most enemies taking between two to four hits to dispatch, and the boss encounter at the end might require a single healing potion the first time you reach it. Seeing as several thousand backers are getting a crack at the E3 version of Bloodstained it’s worth pointing out that standard expectations are that the full game will have a real difficulty curve.

What’s really on display here are the gameplay systems and overall look, and those are shaping up very nicely even in its early state. Miriam controls a little stiffly, sure, and the way she clips into walls needs work, but she’s got a nice list of moves and skills available. At the start she can kick, and almost instantly picks up a sword plus various pieces of armor. The slide seems only semi-useful at the moment but the back-dash is nice for getting out of the way quickly once you get the hang of it. Each defeated enemy has a small chance to drop a magic ability, piercing Miriam with a crystal shard that imbues her with new power when the drop triggers. Two abilities can be equipped at once, one that acts as a regular powerful attack and another that’s aimed twin-stick style, and coupling them with the regular attack and her back-dash makes for a nice combination of abilities.  There’s a lot of work left to do and obviously a bit rough around the edges but the groundwork for an excellent Metroidvania is in place. 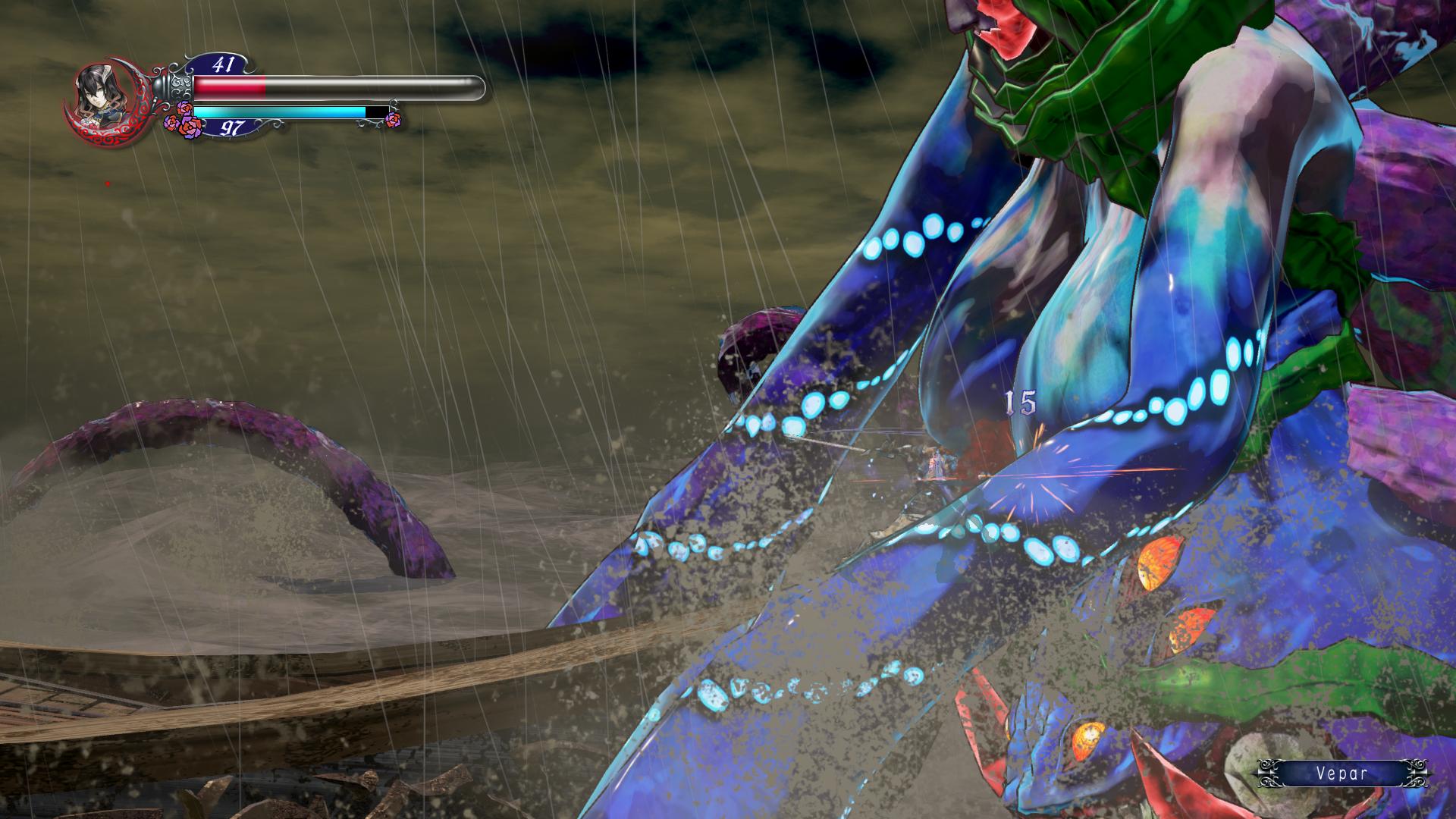 There’s no questioning Bloodstained‘s ancestry.  Iga and Inti aren’t trying to reinvent the wheel, but rather give it a buff and polish and shiny chrome highlights.  Familiar mechanics such as killing the same monster over and over until it drops its special ability, beating on walls in the hopes of a hidden room, and playing with equipment balance to find something that’s a nice combination of power and comfort are all in place.  Even the music is exactly what you’d have hoped a GBA/DS Castlevania would have sounded like when pumping through the PC speakers.  Everything in here is preliminary, including the level and monster layout, and the demo doesn’t even get to the main environment of the castle.  It’s an incredibly effective tease of what the full Bloodstained: Ritual of the Night will have available.  Castlevania is dead but Bloodstained carries on its legacy and now it’s just a matter of waiting impatiently for the full game to deliver on its promise.