Battlefield 1 has gotten a lot of praise since it’s unveiling at the beginning of May. Dice’s decision to explore World War I, an era largely untouched by the entertainment industry, is a bold one. Not only is World War I historic, but it also lacks much of the technology that modern shooters love to use. Hardcore Gamer was invited to try out a few hours of Battlefield 1 and left thinking that Dice really nailed the era, though a few questions still remain.

This shouldn’t be a surprise, but Battlefield 1 is a stunning game to look at. Dice is putting the Frostbite 3 engine to work and is pulling off some really impressive feats. Of course, we knew that from Star Wars Battlefront. Visually, does Battlefield 1 bring anything new to the table? It actually does; dynamic weather. In previous games, the weather was always pre-set. Even when the weather changed it was always scripted. This is not the case in Battlefield 1. On The St. Quentin Scar we got to experience the sun, torrential downpour, and thick fog. Not only are the different effects gorgeous, but also dramatically affect gameplay. Short-range weapons are best for close counters in the thick fog, and long-range weapons for those sunny days. 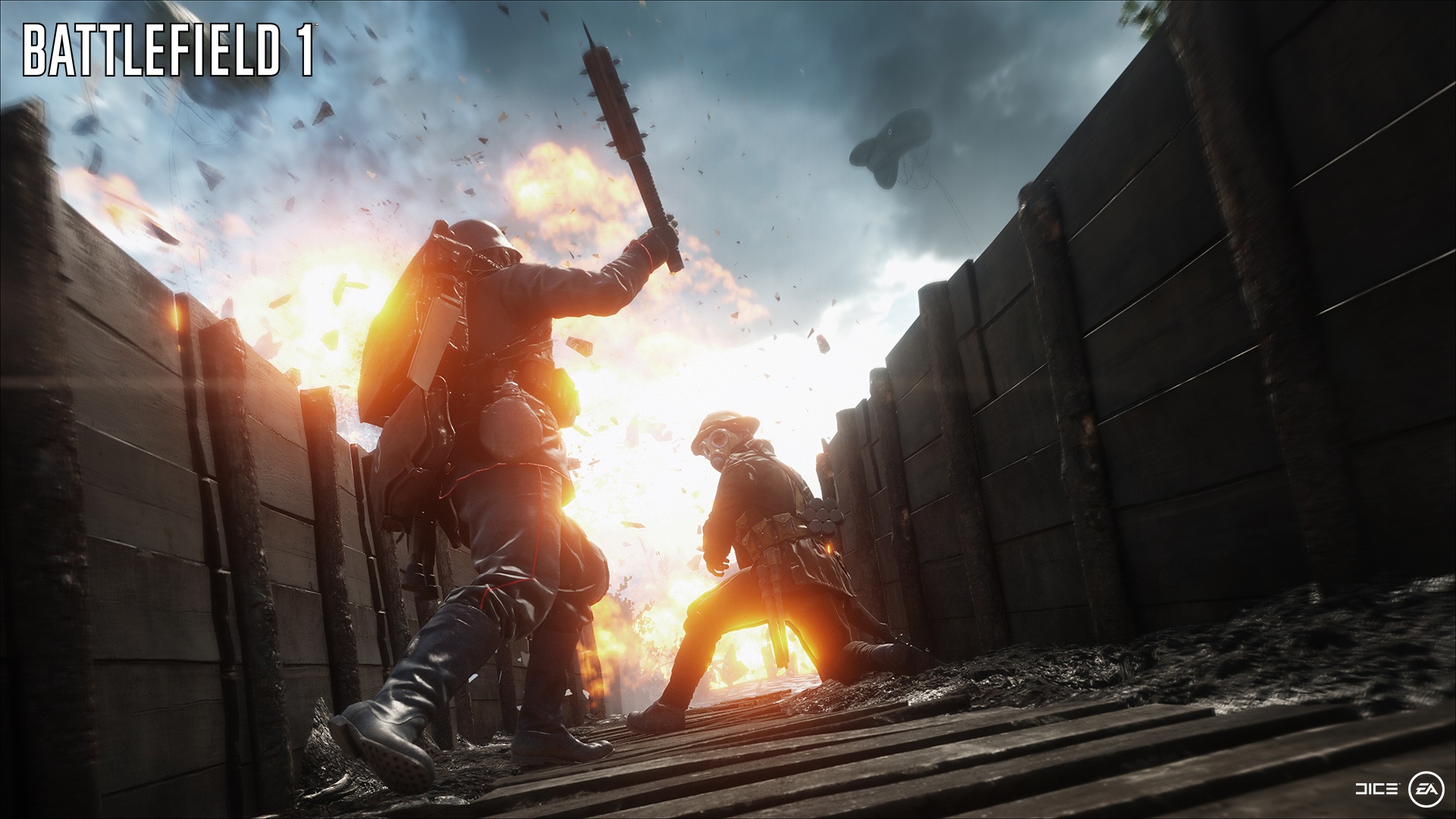 We got to play a few matches of Conquest on The St. Quentin Scar, a large map set in Northern France. The map featured rolling hills on the outskirts, windmills and farms, and the town of Travecy in the center. It was a sprawling map that catered to the different playstyles of the different classes. The game does appear to take inspiration from Battlefield: Bad Company 2, an entry that many would argue is the best of the franchise. Characters have more weight to them than in Battlefield 4, and gun models are much bulkier. Battlefield 1 also employs destruction similar to what we saw in Bad Company 2. Buildings can now be completely leveled with the ground turning into multiple craters from all the explosions. True destruction, not Levolution, has been demanded by so many fans, and it’s great to see Dice listening.

The change from modern times to World War I has had a pretty big impact on many of the game’s mechanics. For instance, take a look at the classes, which have been retooled to fit with the times. In Battlefield 1, you can play as Assault, Support, Medic, or Scout. The engineer class from past games is no more, but his unique abilities live on in the Assault and Medic classes. Assault is excellent with anti-vehicle weaponry; Support resupplies teammates; Medics can heal allies and repair vehicles; and Scouts perform reconnaissance. All classes are viable in combat, but some are better in certain situations than others.

Now, there are two brand new special classes dedicated solely to vehicles; Tanker and Pilot. You can only become these classes when spawning in either a tank or plane respectively. Each comes with their own unique loadouts, but their main strength lies with their respective vehicle. These unique classes are capable of repairing their vehicles from inside, giving them cover from all attacks, something the Medic can’t do. Outside of a vehicle, while they can do some damage, they will go down fast. 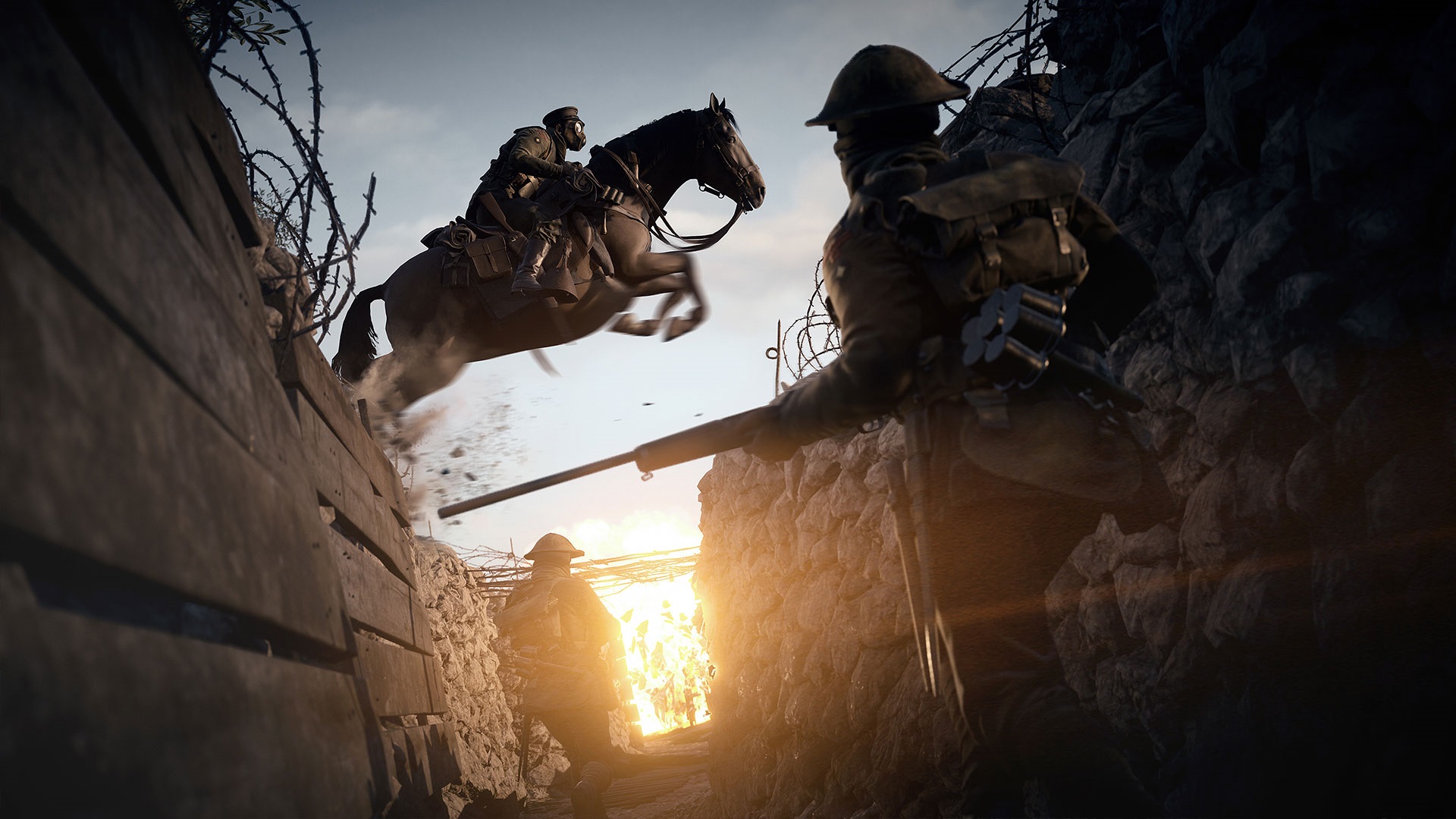 What stands out about Battlefield 1’s approach to classes so far is its introduction of two dedicated vehicle classes: tanker and pilot. These two classes allow you to spawn directly in your tank or plane of choice and come with unique loadouts that make use of the carbine weapon class. They can also repair vehicles from the inside, which gives them a slight advantage in the heat of battle.

There has also been a rather big change to game’s customization. In Battlefield 3 and 4 players were given so much customization. Each weapon had multiple sights, underbarrel attachments, skins, and lots of other stuff. Barely any of that existed during World War I, so Dice has replaced it with weapon pre-sets. Each weapon can have up to three, and each provides a different type of playstyle. For example, think of a shotgun. Do you want one that deals more damage, or one that has more accuracy but less stable in combat? These kind of options are all possible with the new system. It’s a more focused way of delivering weapon customization to players. While Battlefield 3 and 4 offered so many choices, the cut down on clutter for Battlefield 1 made it easy to pick a class and weapon, and hop straight into the game. There are going to be more customization options when the game launches, but Dice wasn’t quite ready to talk about that yet.

Vehicles remain as big of a role in Battlefield 1 as they have in previous games. All the vehicles played well and managed to feel clunky enough to at least semi-represent the era. To say Battlefield 1 is historically accurate wouldn’t be truthful. While World War I was an era of technological innovation, many of the weapons and vehicles presented in the game were likely only prototyped and never used in the war. Still, some concessions have to be made for the sake of fun, and Battlefield 1 is fun. 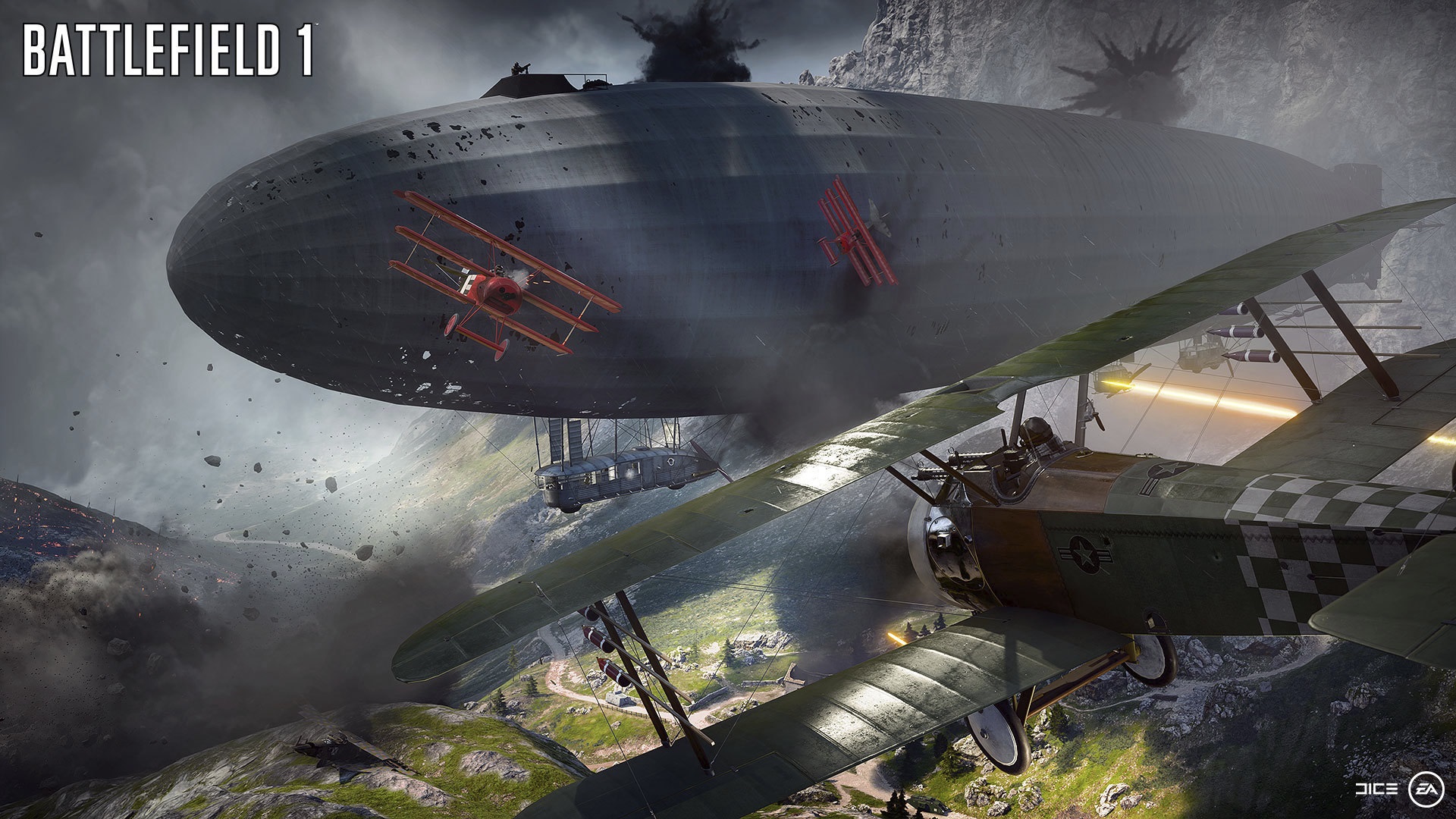 There will be a single player campaign, but Dice was not ready to talk about. The entire purpose of our session was to explore Conquest and its 64-player action. A single player reveal will happen in the near future.

Battlefield 1 is indeed fun and a shining example of what Frostbite 3 can pull off. Dice is doing a good job of listening to fan feedback and implementing it in-game. The decision to take the game back in time may have been risky, but fans have been clamoring for something like this for a while. It’s not a historically accurate representation of World War I, but the concessions it makes is all in the name of fun. While there are concerns based on Dice’s past history, Battlefield 1 is shaping up to be quite a fun time.

Battlefield 1 is out October 21 on PS4, Xbox One and PC. Those who purchase the $80 Early Enlister Edition will get the game on October 18.