Each year, the IndieCade area within E3 features a smattering of fantastically innovative and fresh titles. One of the favorites from the entire collection this year was none other than Linelight by Brett Taylor Interactive. Unlike some puzzle games out there, it doesn’t appear this is just another riff off existing principles like sokobon, nonograms or Tetris. Despite being something new, players are immediately capable of grasping the mechanics and playing. Being able to teach without words or obvious tutorials is tough to do well in games and yet this indie title masters it. So, let’s dig into just what Linelight is all about. 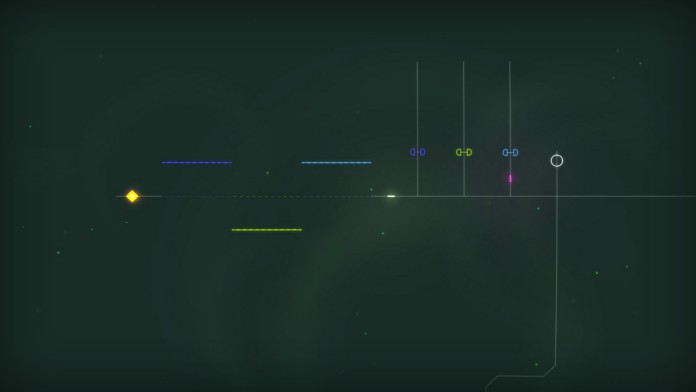 The game’s name tells you the basics – there are lines and lights. Each 2D screen presents a handful of lines which are where the player is allowed to travel. Sometimes, lines might be obstructed by blocks, moving enemies, or are simply locked from entry. Components of gameplay, such as learning how to deal with locked doors or manipulate lines to trap enemies, are introduced in careful fashion so as not to overwhelm the player. As each screen is typically one “puzzle,” players are given time to try out and master skills necessary for working through the rest of the game. A few puzzles early in the demo felt a bit too tough compared to the rest, but hopefully a few difficulty spikes will be smoothed out before the eventual launch.

One of the factors which shows just how good or bad a puzzle title is simply looking at the reaction of new players. Thus far, the response appears stellar. It seemed whenever a player sat down to try the game or themselves, they ended up sticking around to try and play Linelight to the end of its surprisingly long and varied demo. Watching, as well as playing through, reveals another layer of the game. It’s also a bit of a puzzler Metroidvania. What the heck does this mean? Basically, there are some divergent paths or “rooms” to work through to the end of the area. Sometimes you can skip past various puzzles just by taking another path. This is revealed when an entire level is completed and the screen zooms out to show your specific journey through it. 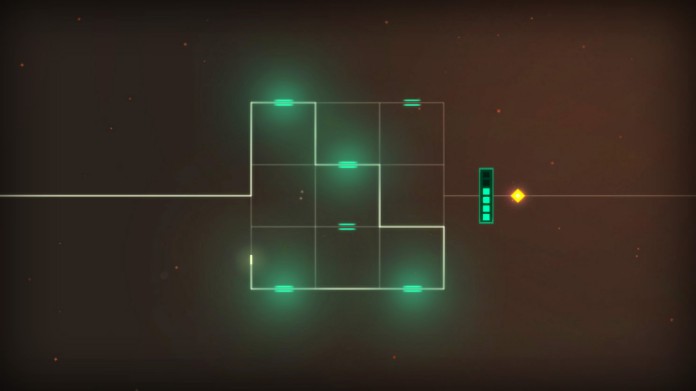 Then there’s the matter of the visuals. A game about lines and simple shapes sounds like it could look totally droll. Fortunately, that’s not the case here. It appears a lot of effort was taken to create a totally minimalist, but attractive world comprised of very few elements. Lines are bright and colorful while enemies glow in a glaring, dangerous red. Rather than just being a flat color, the backdrops look hazy in contrast to the glowing neon lines. There’s something very calming about the whole thing, too. Perhaps a part of it has to do with the soundtrack that keeps pace throughout a playthrough. No matter what, the visual and audio elements help cement Linelight as an all-around high quality release.

Hopefully the wait for its launch is not too far away. The developer currently expects their game to be ready by around October, but the official release window is not announced just yet. Fans of puzzlers should definitely keep Linelight on their list as it is excellent with its easy to grasp concepts, low-key visuals and increasingly challenging (but fair) puzzles.