If you’re a Grade A weirdo who loves games that willingly acknowledge their own stupidity, you were probably excited when Ubisoft revealed Trials of the Blood Dragon during its E3 2016 press conference. There’s something strangely awesome about a tough-as-nails 2D motorcycle franchise combining with a psychedelic-cyberpunk 1980s nightmare to make the gaming universe’s most bizarre baby since the most famous rapper in the world fathered a compass rose orientation with the daughter of OJ Simpson’s lawyer. The idea of a Trials-Blood Dragon spin-off title is absolutely tantalizing, but the game we received generally feels like a low-budget infuriating Mountain Dew commercial. Ask anyone to guess what the best parts of Trials of the Blood Dragon were, and I’d venture to guess their answers don’t involve platforming, shooting or jetpacks. It’s scary to think about what an aggressively mediocre title would do for both the Trials and the Blood Dragon franchises, as it’s entirely possible that we won’t see entries on either side for quite some time as a result of this. 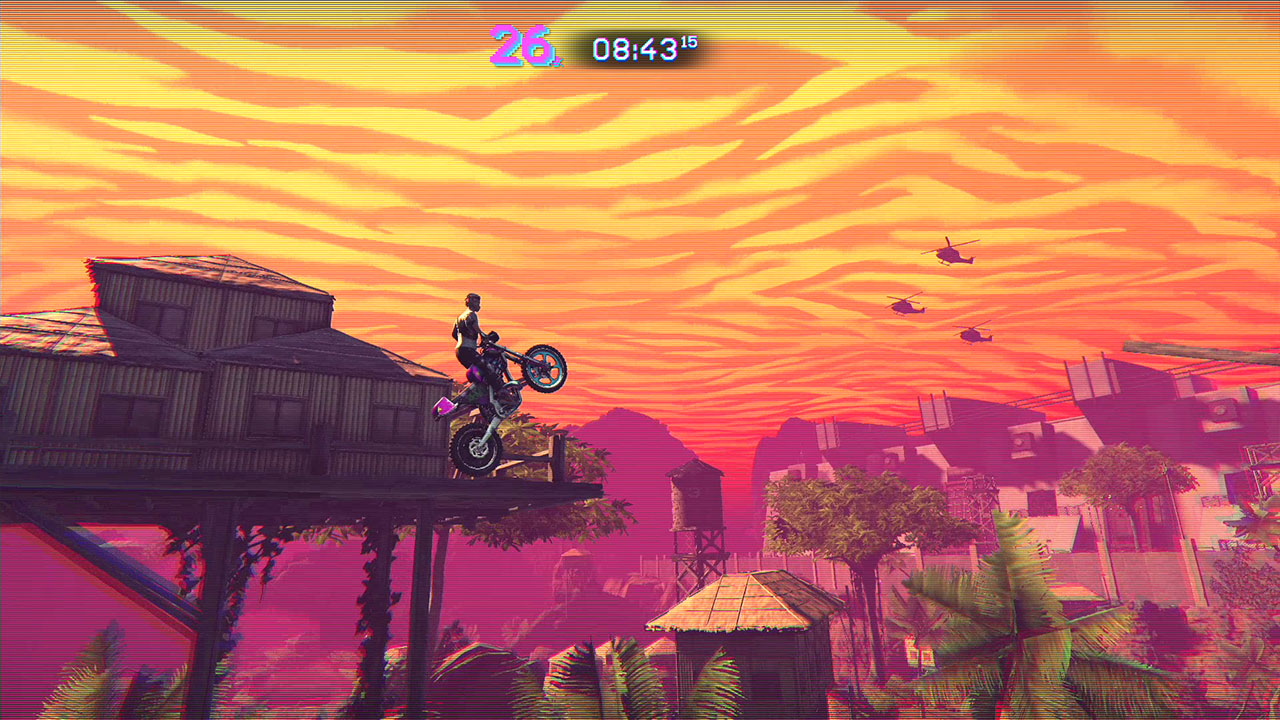 Trials of the Blood Dragon places players in the shoes of the two children of Rex Colt, the protagonist of the beloved Far Cry: Blood Dragon. Through a combination of fairly rudimentary Trials-style motorcycle gameplay, platforming, twin-stick shooting and some of the worst 2D jetpack navigation you can possibly imagine, players have to overthrow a communist regime throughout the course of a three-hour campaign. Let’s get one thing out of the way right off of the bat: there’s nothing wrong with the core motorcycle gameplay, aside from the fact that it’s nowhere near as difficult as Trials Fusion. For many gamers, the sheer difficulty of the Trials series is their number one turn-off, but for anyone who has played through the entirety of a Trials title, this will come as somewhat of a disappointment. Still, Trials of the Blood Dragon’s biggest problems arise when you’re doing anything other than riding your bike. Its platforming sections feel imprecise, with your character accelerating to full speed with no buildup and jumping so floaty it makes Littlebigplanet feel like Mega Man. Players are able to shoot in certain stages by pressing the right-stick in a given direction; the only problem here is there’s no aiming reticle whatsoever, so in a game where one enemy hit can kill you, this light guesswork can be frustrating. Finally, the aforementioned jetpack sections are janky enough to warrant giving up on Trials of the Blood Dragon entirely, as one rage-quit-inducing section where your character is weighed down with a massive nuke. Players flock to the Trials franchise for tight gameplay, so putting out such a loosey-goosey title feels like a swing and a miss. 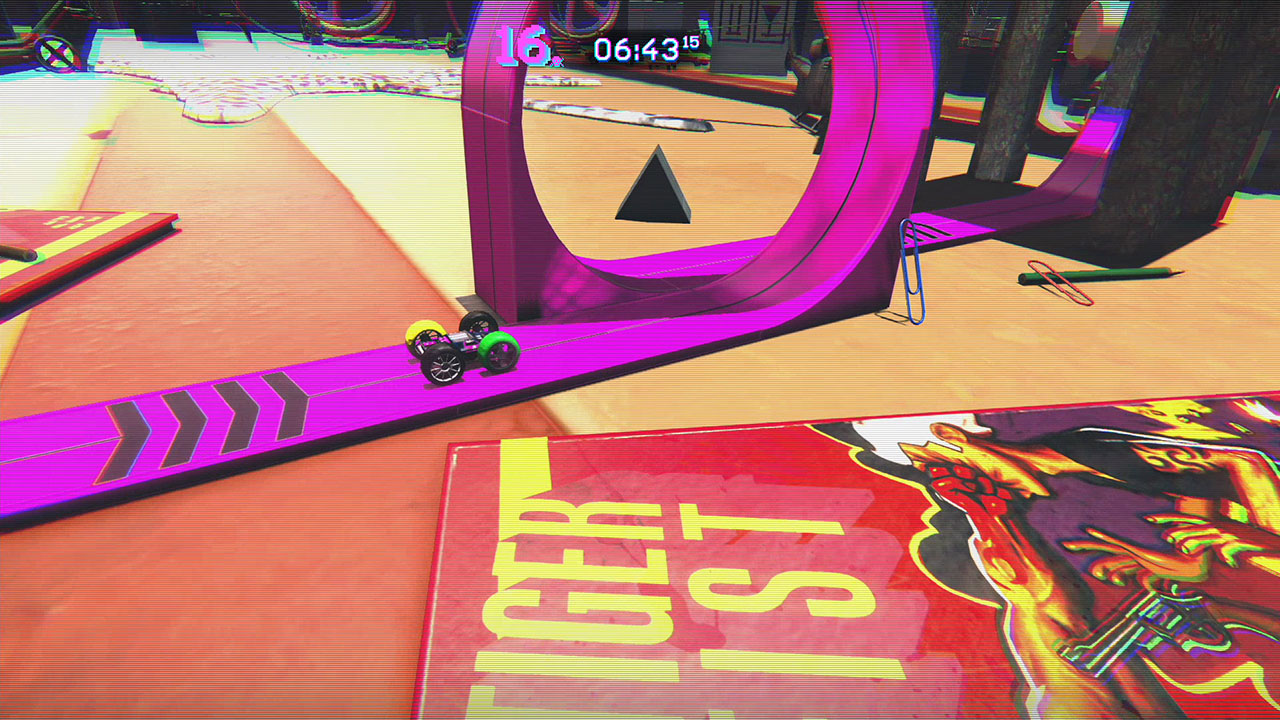 The real issue with Trials of the Blood Dragon is that it goes too far out of bounds with its gameplay while not going far enough with its conceptual implementation. There’s absolutely no reason for a Trials game to have any on-foot platforming or jetpack sequences, period. Likewise, putting out a stale entry in a spin-off franchise that’s anything but stale conceptually feels unfathomable, but that’s exactly what happened here. All Ubisoft had to do was double down on the nonsense and throw it on top of an actual Trials campaign, so to miss the mark completely is borderline shocking. Whether or not another Ubisoft franchise gets the Blood Dragon treatment is anyone’s guess at this point, but there’s definitely room to make a better title sometime down the line. After all, who wouldn’t love Call of Juarez: Blood Dragon, Steep: Blood Dragon or the best idea of all time: Grow Home: Blood Dragon?