Bad jokes aside, I am very much on board with Neverwinter and have been extremely excited about the announcement of the PlayStation 4 version. Perfect World Entertainment and Cryptic Studios have announced the release date for the free to play MMORPG today, and it’s sooner than expected: July 19.

The release of this game will be massive. A thick tome of gaming, the release will include all nine current expansions, up to The Maze Engine, and feature eight playable classes, all current raids, equipment, and more. This includes the story lines penned by R.A. Salvatore and encounters with famed Dungeons & Dragons lore characters like Drizzt Do’urden. All in all, it’s one of those games that offers hours of gameplay without needing to spend a dime. 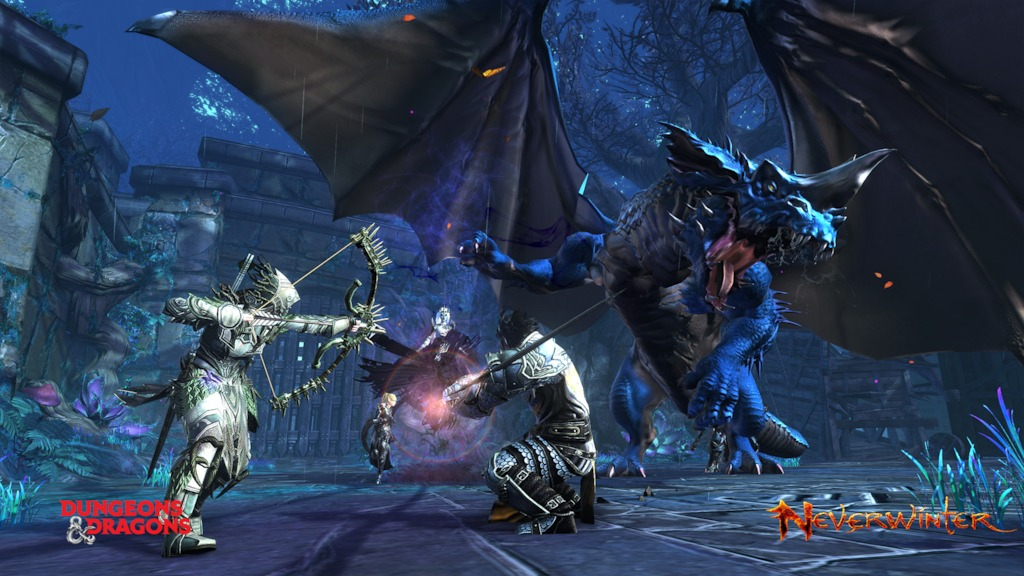 That isn’t to say that there aren’t payment options. Along with the release date, the developers announced the Onyx Head Start Pack. Selling for twenty dollars, the bundle will include:

No, none of this is required to enjoy the game. My experience with the Xbox One version centered around being a cheapskate to make sure it is a viable way to play before adding this to my “recommended” list. It is. Still, starting off with a Legacy weapon and permanent mount does ease some of the starting hours, but players currently short on funds won’t be at a disadvantage in PvP. All in all, there are ample reasons for the Sony faithful to look forward to this release.