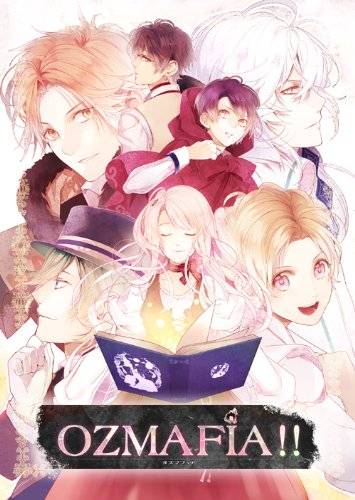 Once upon a time, there was a story by the name of The Wonderful Wizard of Oz by L. Frank Baum. Since that original story was published in 1900 the world has simply been unable to let go of the Oz landscape, characters and thematic elements. Numerous films, television shows, plays, songs, books and even video games have spun Oz in all manner of unique directions. OZMAFIA!!, however, is probably one of the few otome visual novels allowing you to actively pursue the Tin Man, Cowardly Lion and Scarecrow romantically.

Well, sort of. In OZMAFIA!! the iconic characters have been transformed into superbly hunky guys. Sure, why not? After all, otome fans are accustomed to playing titles where anything from pets to ball-jointed dolls to alcoholic beverages have been transformed into cute boys. All things considered, this Wizard of Oz inspiration makes a ton of sense. As with a few too many visual novels out there, our protagonist Fuka just spontaneously wakes up one day with no memory of anything. Unfortunately for her, she’s come to in a dark alley as a man has just proclaimed his plan to kill her. That’s not the untimely end of our heroine, of course. In a tremendously lucky reversal, the next people Fuka crosses paths with are more than willing to protect her.

Who are these folks exactly? They’re known as the famiglia Oz – a mafia family in this fantastical world filled with mafia entanglements. Most people would probably deem this situation to still be outrageously dangerous – not to mention frightening. However, Fuka seems completely content with basically anything that comes her way. Her ever-cheerful demeanor quickly wins over the other famiglia members and soon enough they’re jumping all over each other at the chance to date her. Fuka is one seriously lucky lady, all things considered. In some regards, OZMAFIA!! manages to still feel a lot like most other otome visual novels out there despite the unique premise. It really depends what route you end up on that determines what players will actually “get” out of the game. Suffice it to say, there’s actually a lot of variability between routes which is not always the case within the genre. 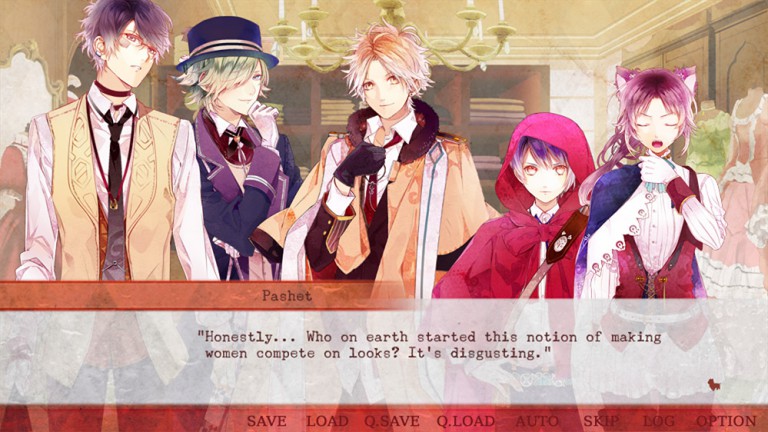 There are a huge amount of potential paths and endings to explore and some are fairly complex to unlock. For example, you can expect multiple endings for each of our main Oz men, as well as for the other assorted colorful characters throughout. There is one route with another woman, but it is not a romantic one, so bear that in mind. In an interesting twist, there are also what are known as “transferred” endings. This occurs when there are love triangles between our protagonist and two other suitors. Your choices will eventually determine if you stick with the route you were initially on or switch to another romance entirely. It’s all a bit confusing to manage without a guide, so seek one out if you’re looking to complete the game.

One must also be aware of the fact that not everything is whimsical and wonderful in OZMAFIA!! as folks may initially expect. Yes, the visuals are soft and lightly-colored and the concept is adorable. However, there are dramatic sequences, violence, and murder strewn throughout as well. That’s where the whole mafia aspect comes in. Some routes downplay this side of things, while others really reveal some gross stuff. Players looking to err on the side of pleasant boy chasing fun definitely should be careful about who they pursue. Those who work through each and every ending will see the story presented from all sorts of angles and get a much better understanding of what all is going on. To do so, however, takes quite a while. You’ll likely be looking at anywhere from forty to sixty hours of gameplay for a full playthrough. Routes on their own might take around five to twelve hours depending on your reading speed and beau selected. 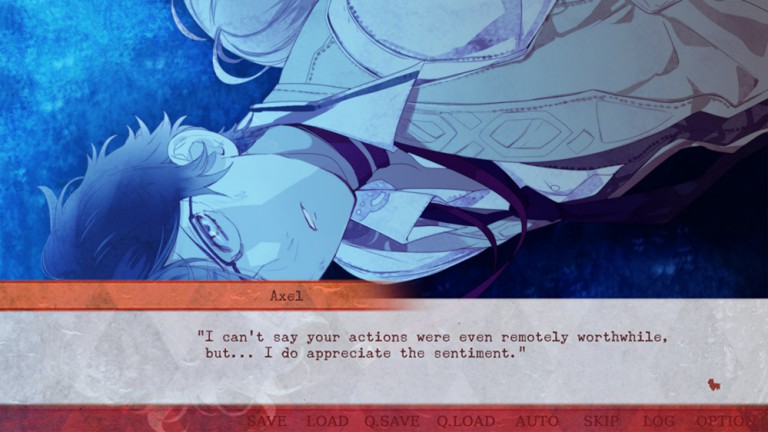 OZMAFIA!! stands out for more than just its storyline. There is also the matter of its artwork which definitely turns heads. Sure, on one hand it is yet another visual novel with anime art style. On the other hand, the art is incredibly well done. It manages to make each character look graceful, suave, or cute as needed for their personality. There’s also the coloring itself which leans toward a sort of washed out pastel style. This art creates a visual treat for players, especially during romantic CG sequences. Suffice it to say that you’ll be spending a ton of time looking at handsome men so it’s good to see the art retains its high quality throughout.

The main issues with this game lie simply for the fact that its pacing is a bit off in places. Some routes are super long without much reason, and others felt that they could have used additional scenes to flesh a character out. Some may also dislike the polar mood shifts between the almost situation comedy comedy vibe and when some serious mafia business spontaneously breaks out. However, taken as a whole, there’s a lot more to like about OZMAFIA!! than to dislike which is a very good thing. 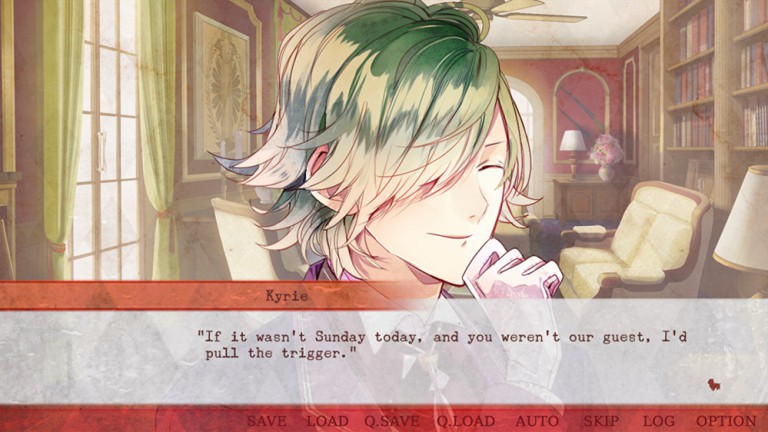 OZMAFIA!! is a surprising release from MangaGamer. Not only it is an otome title, but it is their very first in the genre. Despite that, they picked a powerhouse of a game to start out with. With outrageously good looking graphics (and, of course, men) and copious endings, there are hours upon hours of storytelling just waiting to be explored. Some may opt to skip over certain paths, but others should totally try to see everything through to its conclusion. Sometimes sappy and sweet — and at other times terrifying — OZMAFIA!! is one experience that otome fans aren’t likely to forget anytime soon.