Have you ever wondered what it would be look to get ambushed by ghosts, skeletons and imps? No, you’re not at a bar serving questionable alcohol – it’s a dungeon. I must’ve mistaken potions for alcohol or something. At least there’s an absinthe-looking potion you can use to restore your health instead of inducing hallucinations. Dungeon Souls is one of the many top-down roguelikes that have come down the pike over the past few years, but easily the best one we’ve played in quite some time. Currently in Early Access on Steam, it has recently received a huge update — so what better time to take a look at it than now? Many games of this type go for aggravating difficulty and a stoic nature, but Dungeon Souls injects everything with a healthy dose of humor.

Enemies have goofy grins that make you chuckle, while you focus on efficiently killing them all. You’ve got over half a dozen character types to choose from to do this, with three available at the start. The barbarian type is the go-to character for anyone who wants a visceral thrill. He can generally chop down foes in a couple of strikes — but he’s a high-risk character as well. He’s exclusively short-range, so battling against giant oxen with larger axes is incredibly dangerous.  If you’re the daring sort, he will probably be your favorite to use. 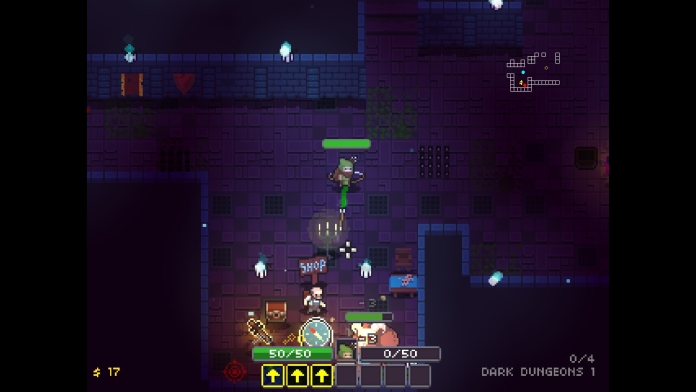 Those seeking a safer route will likely want to go with either the archer or the thief. The archer has a longer range, but does shorter damage. The thief is a slightly worse long-range fighter due to the strange trajectory of its shots, but the angle allows you to attack enemies behind corners slightly better.  There’s a risk vs. reward factor to everything you do. Attacking an enemy early on could end their life early, but it can also lead to you paying attention to the wrong enemy and not being able to attack another one coming out from behind a corner. You have to think before you act even when you’re surrounded by a sea of enemies.

Fortunately, the game is quite fair when it comes to overwhelming you. The dungeons themselves are littered with traps and just like areas with a horde of enemies, these are clearly marked. Tiny red symbols indicate a trap, while large white ones indicate that this room will soon be filled with enemies if you touch the symbol. Avoiding traps rewards you with gold and sometimes healing items and beating the enemy swarms results in far more gold and will get you a healing potion or perhaps even a rage potion. Those really come in handy because they provide large boosts to the damage you deal out — allowing you to topple larger enemies in far less time than usual. 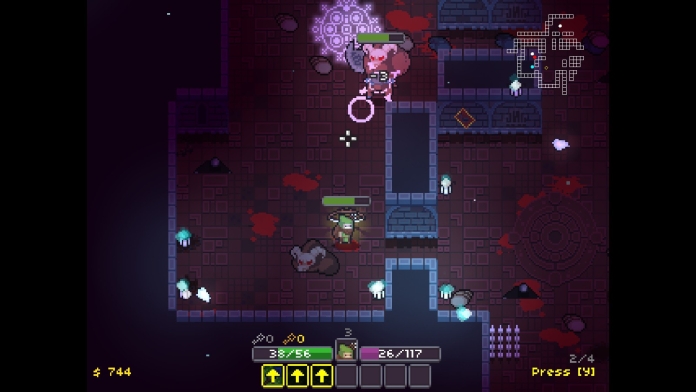 The basic Xbox 360 controller setup is just about perfect – with everything laid out in a logical manner. Anyone who loves twin stick shooters, but doesn’t like rogue-lites might be able to use this as a gateway game. The left stick controls movement and the right aims, while RB attacks. If you would prefer to use RT, you can, but the more immediate attacks that come from using RB instead of having to fully depress the trigger change things substantially. The d-pad is used to run through the menus on the bottom of the screen — so getting a potion is as easy as hitting left on the d-pad. It’s a great control setup and only takes a few minutes to get used to.

Visually, Dungeon Souls has a gorgeous pixel art style that blends a 16-bit look with a lot more color depth. Animation and movement are limited, but it works in the game’s favor. Much like how a beat-em-up benefits from not having too much animation because it would make timing your strikes harder, the same holds true here. Movement is limited to a few frames, as are attacks, allowing you to time everything in real-time, much like a fighting game, but with a far more accessible barrier of entry and lower learning curve. 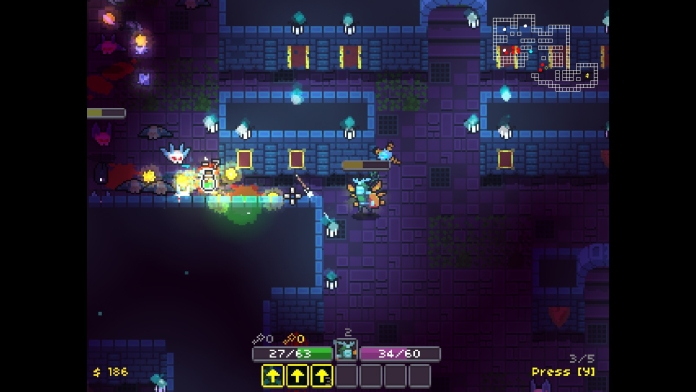 Dungeon Souls doesn’t have much going for it musically — there’s a light foreboding vibe to the music. It’s not quite on par with a Castlevania, but it clearly wants to evoke that feeling. It’s far from bad music, it just doesn’t stay with you after a play session. The demonic boss quips do though, as they’re quite loud, ominous and make you want to run for an exit the second you hear them towards the end of a dungeon. The various sound effects for your weapons are solid — with the whip of an arrow sounding different than the crushing blade of a battle axe. None of the effects are all-time great — but they are all effective and do what they need to.

Dungeon Souls is an outstanding gateway roguelike. The control setup is user-friendly and you’ll see yourself get better quickly if you just pay attention to your surroundings. The item management is a breeze and allows you to not have to worry as much about being overwhelmed by enemies either in or outside of boss battles. Dungeon Souls is currently available on Steam for $9.99 as a part of Early Access and is worth its asking price.