This may be a minority belief (which may go for a lot of things in life) when mathematics is spoken of as enjoyable. Blasphemy, I hear you cry. Just as much as the fields of physics and geometry can be regarded as entertaining for the way they just…well…work; the laws of the Universe are something that never grow tiresome to retread. The way everything feels like some elaborate, stunning but extravagant work of art in full motion — without delving too deep into blissfully vacant philosophising here — maths and physics really are the fields of learning that just never do get boring.

But that just might be me; perhaps its solely my personal affection for laws (natural or otherwise) — along with the subsequent curiosity at what would happen if said foundation were to warp a little, if not break wholeheartedly — that has attracted me to Manifold Garden, the latest mind-bending, physics-twisting 3D puzzler led by developer William Chyr that comes across equal part educationally mind-melting and equal part a pleasing voyage into that more specific niche of physics-based puzzle games. The type of niche that lists off mainstream icons like Portal and cult pleasantries like VVVVVV as part of their glorious little bundle. And here, they may well be adding a quite sizeably Universe-shattering offering in the way Manifold Garden naturally unfolds. 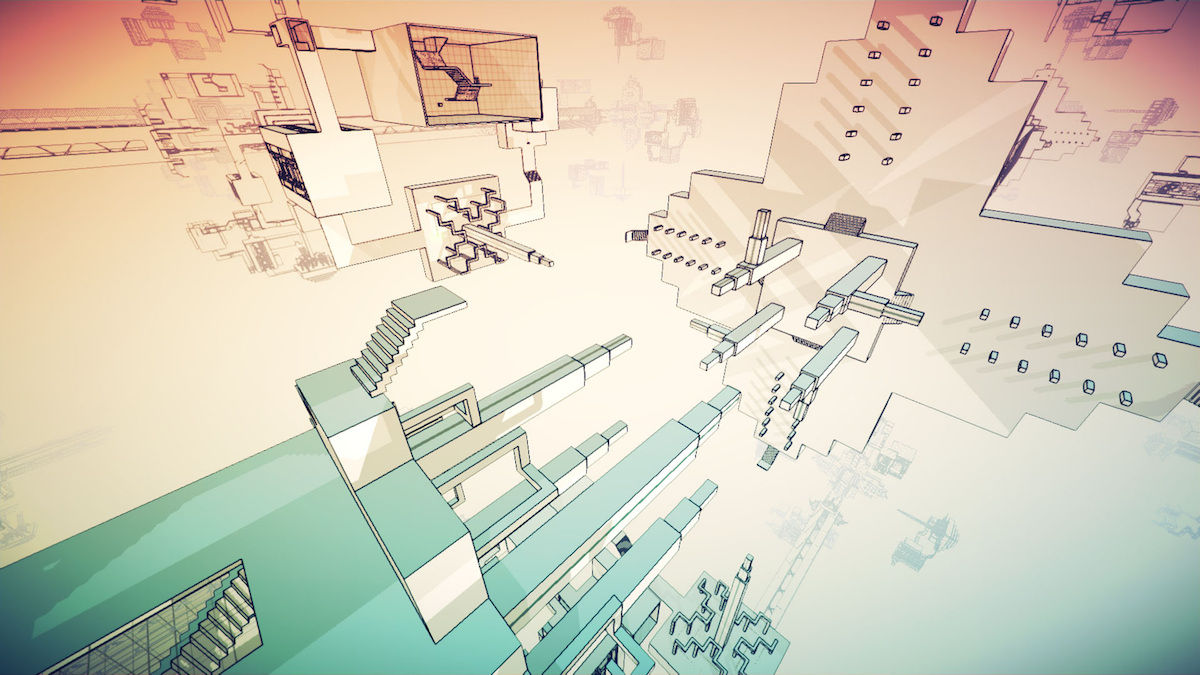 Set within a geometrically minimalist pocket-verse of infinitely looping, Escher-esque architecture, the game has you seamlessly flipping between planes in order to get past what may look, on the surface, like physically-impossible, enclosed puzzles. Be it set within interior-styled corridors or out in the spacious open, Manifold Garden requires a certain level of wit and logical thinking to get past but fortunately makes it so that curious experimentation (and a delightful sort at that) is the best way to go. There are of course the mandatory switch-based puzzles that require you to get a coloured block to fall and tumble from one plane to another, but beyond that the game opens up by inviting player ingenuity to be the catalyst — not just the end-product — of puzzle-solving.

While it may be outside of the realm of physics-based, where games like The Witness used clever subtlety and elegantly-arranged design to help its player adapt, Manifold Garden approaches this in almost the complete opposite way by providing the foundation to solve a similarly impossible affair and inviting its player to perhaps experience the solution unfolding alongside. There are plenty of moments that require you to break from tradition — to look beyond pre-established methodology and assumptions — and at the very least give it a go. For starters, you can’t die; where falling off a platform in one game may prove fatal here, if anything, it’s liberating. 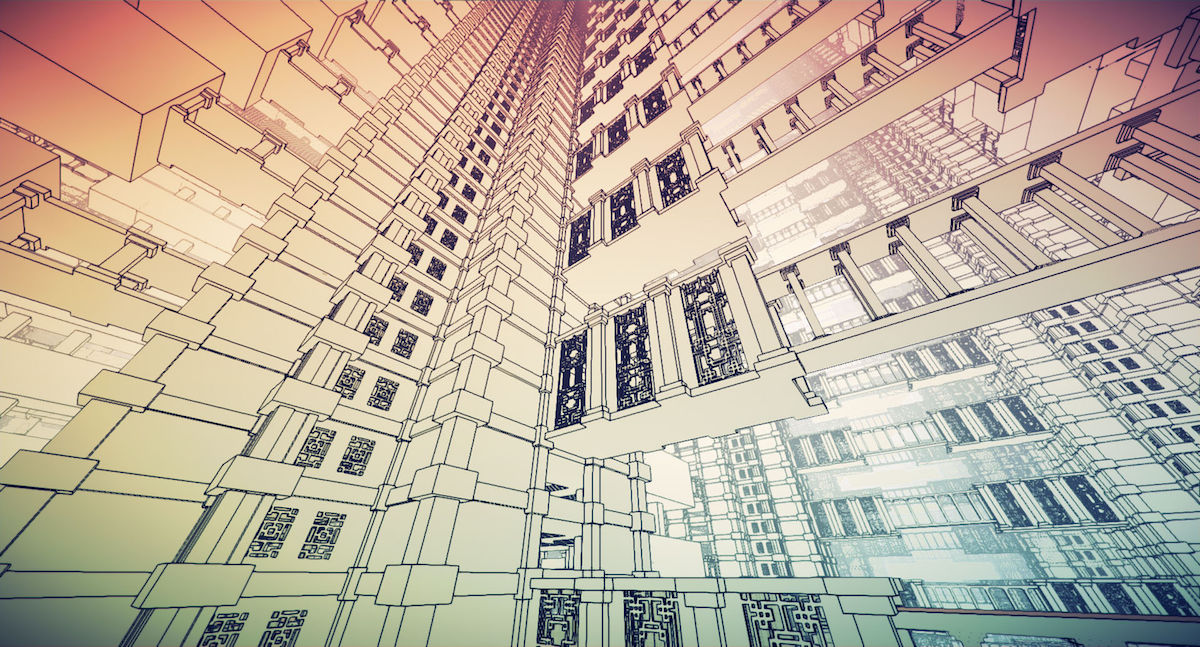 What was played of Manifold Garden — talking with the developer about the graceful disconnect from past thinking — certainly highlighted this more often than not. One puzzle particularly (featured in the above header) involved getting from one endless pyramid-like structure of stairs to another and for a moment there’s a genuine uncertainty on whether the solution you’re thinking of is, not so much wrong, but preferable. But as the developer quickly pointed out — subsequently making a leap of faith through the no-man’s land that was the gap between planes — it ended up with the puzzle being solved.

The fact that this was but one possible way-around adds even more intrigue to Manifold Garden. Not just in regards to the potential complexity of the game’s design, but also the way unique player interaction will shape the general experience in a game of this formulaic calibre. Very few people are immune to the act of pushing a game’s limitations in order to find out just how far, or even wild, things will go and it’s rather exciting to see a game (a puzzle game too) almost relishing this idea of breaking conventions both in pattern of thought and all-round design to generate something that’s, ultimately, wholly entertaining. Be it the aforementioned leaps of faith or alternatively adding to the game’s apparent complexity to succeed at something as simple as a button-press, Manifold Garden may look like total eye-candy, but the real delicacy just might be in its infinite-spanning arrangement.