Are you ready for an underwater journey unlike any other? If developer Giant Squid have their way, then Abzu will be the next great exploratory game from (some of) the developers of Journey. Abzu is a game where players dive into oceans but it is definitely not a scuba diving simulator. For example, the diver in the game never needs to come up for air. Rather, they are free to swim to their heart’s content without any worries. They can even swim to the lowest depths of the ocean if they so choose!

This is one thing that sets Abzu apart from the few other games that focus on diving. Too many try to be more realistic. Freedom comes with other perks as well. The game is quite simply beautiful in every sense of the word. There are all kinds of colors revealed while swimming through the oceans. Even the water itself has greener or darker versions depending on where you swim. Ocean life is incredible to look at as well. Fish swim all around in schools and are so mesmerizing that you can get caught up following them around. 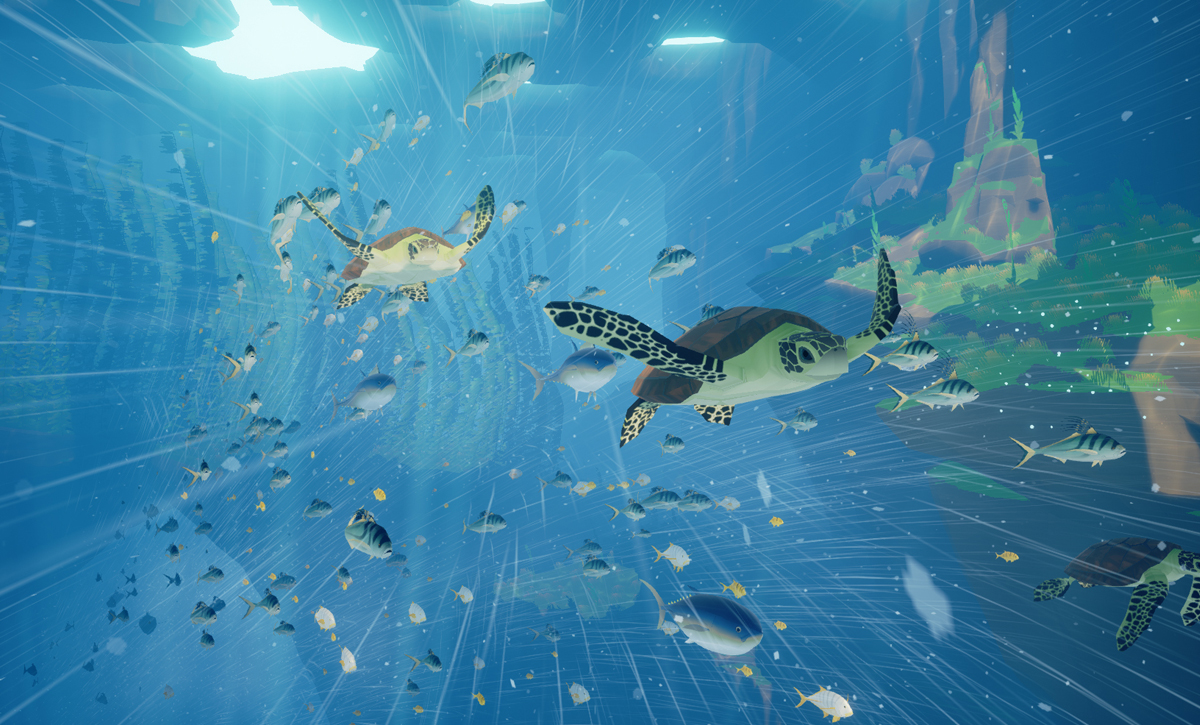 Abzu does more than offer up a pretty world to swim around within for a while, though. As with Journey, players will find themselves on a wordless story if they follow the path on through. During the demo, players are greeted by a humongous great white shark chasing them around. This dangerous scene forces the player to swim away into a new area in order to avoid the beast. Giant Squid have stated that the shark is going to play an important role in the game. It will not simply be a raging bloodthirsty animal like the media always present them.

So far, it seems like players progress through the game by finding strange little underwater drones. After discovering the first one, it flew away and pointed us to the next one. Digging up drones is easy enough and helpful. Eventually, following them around led to an upgrade of longer fins for the swimmer. Who knows what other sort of upgrades we can expect to find? Either way, exploring the vast ocean landscape to collect power ups and continue the story will hopefully be very rewarding. One concern is that Abzu might not be a super long game, but if it is anything like Journey, then that is the last concern anyone should have. 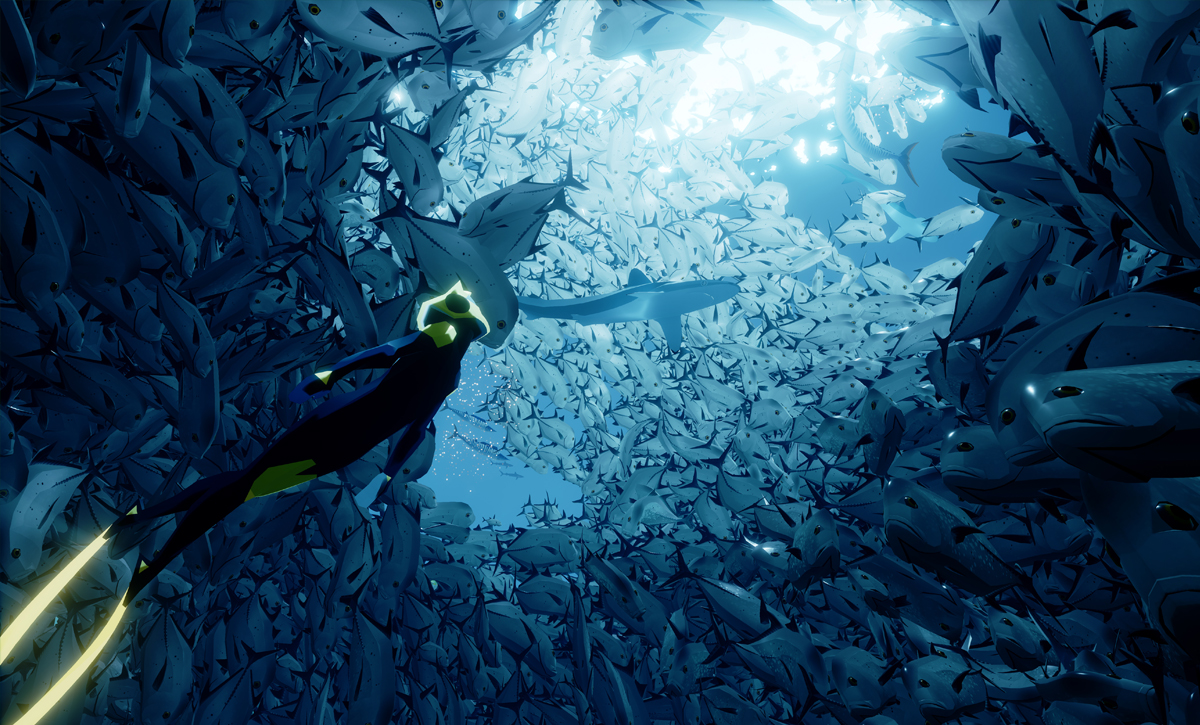 Abzu shows scuba diving in an idealized way. Since you don’t have to worry about things like air, you can simply explore the amazing landscape without any worries. Then there is also a storyline, as well as discovering new areas and upgrades, to keep players going. It seems like gamers of all sorts will be able to enjoy Abzu when it launches on August 2 for both PS4 and PC.