Chances are if you’re at all immersed in the virtual reality scene you’ve heard of Naughty America before. No, they’re not a game developer – they’re a pornography company. As it turns out, that joke about people checking out pornography in virtual reality isn’t actually much of a joke at all as many in the industry have begun looking at VR headsets seriously. Perhaps the most involved in this new space is Naughty America. The company is diving headfirst into VR with first-person point of view videos primarily for straight men to enjoy. The company majorly turned heads when it attended E3 this year. For many, it seemed a total mismatch.

I sat down with Ian Paul, Naughty America’s CIO, and inquired as to why the company were at a gaming-focused convention. After all, there are totally adult expos where they can (and likely do) show their new virtual reality videos. As it turns out, they weren’t simply there to cause a ruckus with the gaming community. The company was there to learn more about the gamer demographic, their tastes and further the acceptance of virtual reality in general. Naughty America may have quite a wide library available to subscribers, but it is all relatively “standard” in that it does not focus on things like BDSM or cosplay. 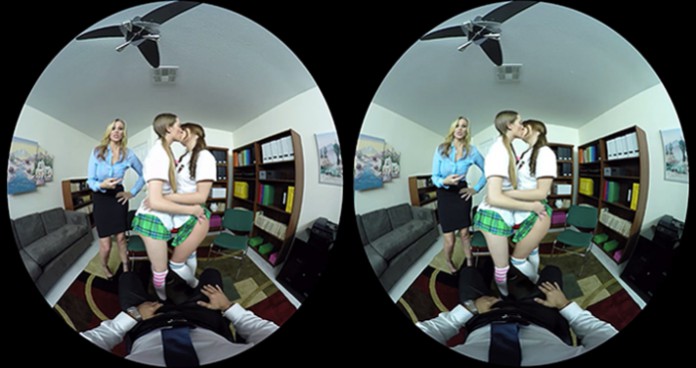 Paul spoke to his curiosity about what gamers may be interested in seeking out for pleasure. Sure, it’s safe to say that many gamers already indulge in porn, but to what degree might they be interested in content themed toward gaming? Perhaps the scenario could start during a gameplay session or at an arcade. Maybe the actress(es) could don cosplay similar to well-established characters? While these concepts might seem silly, it does bring to mind the recent Overwatch controversy. If people were that willing to flock to videos made from in-game assets, some of them would definitely flock to cosplay-based scenes with actual people.

It’s obvious that Naughty America wishes to continue to spread their name and content across all manner of platforms. For them, virtual reality is a necessary next step. They’ve gone so far as to create custom rigs for filming their 180 degree POV videos and support all current virtual reality headsets. They even want to support ones like the PlayStation VR. Despite the fact that Sony would outright never allow a Naughty America app, Paul was confident of the future of console porn. As long as the built in PS4 browser allows it, users should be able to browse to the Naughty America site to get their content. 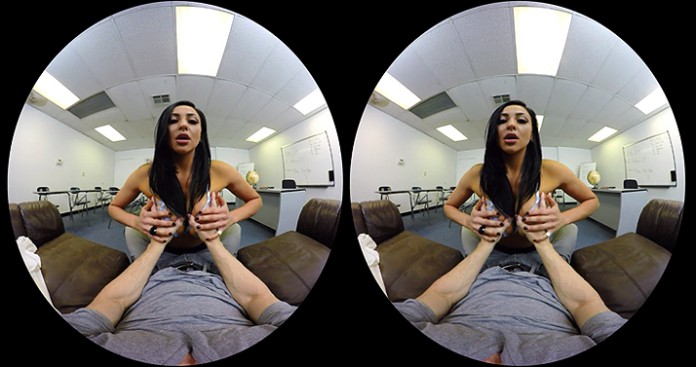