Phoenix Wright: Ace Attorney was one of the first popular visual novels localized for English folks and is still one of the best. The series has continued to thrive for years in North America and we’ll soon be getting the newest game. Phoenix Wright: Ace Attorney – Spirit of Justice brings us back into the oddball world of Phoenix Wright and his many misadventures. There is one huge difference this time around, however. Rather than taking place in the regular courtroom setting we all know and love, we are whisked off to a fantasy region with totally different laws.

For some reason, Phoenix finds himself in the Kingdom of Khura’in. This land has its own legal system that has all but scared away defense attorneys. Why? The thing is that a defense attorney is also on trial along with their client. If that person is deemed guilty, then so is the attorney! No one wants to represent anyone because of this. 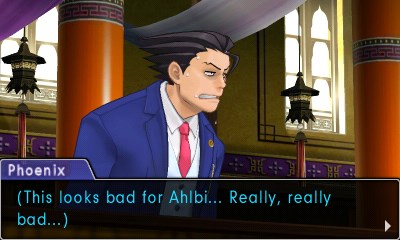 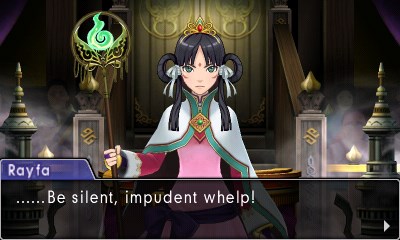 That’s not all. There is also a royal priestess who proceeds over the courtroom within Phoenix Wright: Ace Attorney – Spirit of Justice. Her powers make it so that she can actually see, hear, and feel what the victim was experiencing right before death. This information is played back during a seance for the court to watch. She takes this insight and uses it to determine whether someone is guilty or innocent. In the demo, she has already deemed the defense guilty.

Phoenix is always prepared to triumph against seemingly impossible odds and he does so here, too. In this case, Phoenix is able to re-watch the seance sequence. While watching, there is the option to select bits which don’t fit in with the time or place. Picking apart the scene reveals that the priestess’s vision is not actually 100% accurate. Although the rest of the gameplay is quite standard for Phoenix Wright fare, this section is quite different. Even longtime fans will have something new to challenge themselves with! It almost seems to have borrowed something from the gameplay portions of the Danganronpa series. 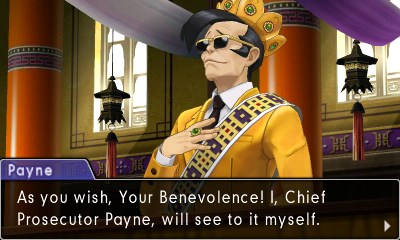 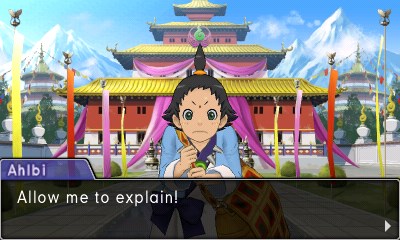 It seems as though the newest entry to the Ace Attorney series will be both unique and familiar enough to excite players. The courtroom proceedings are a little different but the lovable, wacky cast is still here (and even include some old favorites that we haven’t seen in a while). The graphics also maintain the high quality 3D cartoon style that they did with Phoenix Wright: Ace Attorney – Dual Destinies. They are actually a bit better, in fact!

Are you ready to enter the courtroom again alongside Phoenix? Capcom announced Phoenix Wright: Ace Attorney – Spirit of Justice is coming out this September for Nintendo 3DS for $29.99. The game is digital only like past releases, but do not let that cause you to ignore it. Fans must continue to support the series so we keep receiving these wonderful titles in the future! Maybe one day we will even finally get Great Turnabout Trial: The Adventure of Ryūnosuke Naruhodō…