The first thing you need to know about this Japanese action role-playing game is that its characters were born from a manga based on retired Sega video game consoles. The heroines you will play as each represent their own system in the Sega hardware manufacturer’s history, so choose wisely. The Mega Drive, Sega Saturn, Game Gear and Dreamcast are all represented.

Superdimension Neptune VS Sega Hard Girls is being developed by Compile Heart who have never shied away from producing niche role-playing experiences exclusively on PlayStation Vita with physical copies. Not many studios are doing that nowadays so it deserves mentioning before diving into what makes this game special. 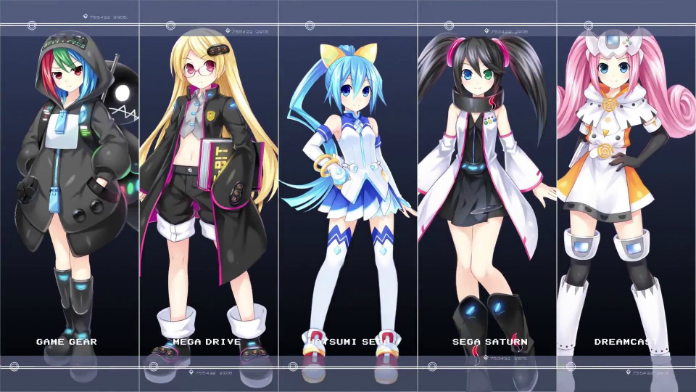 The adventure takes place during four eras. Not surprisingly the time periods are represented by the four consoles mentioned above. To reiterate, the classical themed Mega Drive era, the medieval themed Sega Saturn era, the industrial themed Game Gear era and lastly the modern Dreamcast era. A main hub called the Grand Library will be a place of respite where you can shop, grab quests and change classes. It’s not a 3D space you’ll explore, but rather a place to do RPG-like tasks against a stylish background.

The story of Superdimension Neptune VS Sega Hard Girls starts in this library as the two main characters, IF and Segami, discover that history books are disappearing along with actual history. The world begins to fade away as their precursors are lost and it’s up to IF and Segami to save the world.

Gameplay will have you freely platforming about 3D environments with the occasional panty shot as you crawl through a crevice in a wall. Collectibles are strewn about the level that reward currency and health. Climb walls and bounce your head on floating cubes Mario style to make sure you don’t miss anything during these segments. 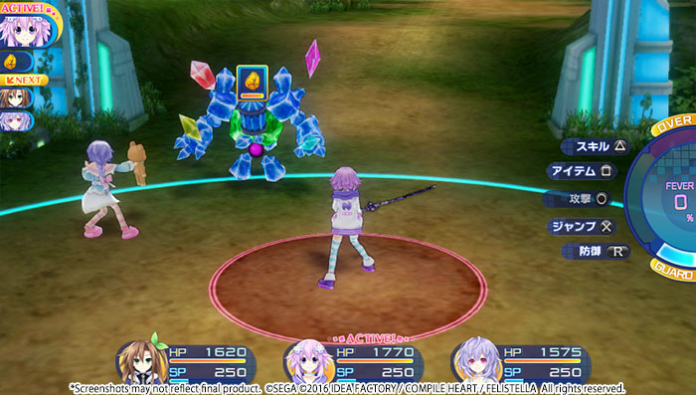 The fighting system is a unique spin on the tried and true turn-based system that we have seen developers attempt to evolve over the years. Enemies walk around the map and when you get close they will aggro. If they successfully hit your character on the map, the game will shift into a battle arena and the enemies will get the first attack. Once in the battle you’ll move your character around a sphere as you close the distance between you and an enemy. Once in range you’ll get a list of attacks to initiate. It’s reminiscent of the battle system in Valkyria Chronicles Remastered for PlayStation 4. To get an advantage you’ll need to sneak up on an enemy and attack them before they see you. There’s also a gauge that you’ll fill up during battle called the Fever Gauge. Unleash it to launch an unblockable barrage on your opponent in a fantastic anime flourish.

Superdimension Neptune VS Sega Hard Girls looks to be a promising experience for those looking for something different. It’ll have Japanese and English voiceover when it hits PlayStation Vita as well as having compatibility with PlayStation TV this Fall.