Canadian developer Evodant Interactive are aiming high with a game that looks not just ambitious, but sounds like it’s attempting to wholly add weight and even rewrite the very purpose of the word role within role-playing games. And coupled with a steampunk-like backdrop, fully customizable gameplay and a structural design that evolves the further you get in, there’s no denying there are already earnest amounts of material to catch the eye of even the most light-hearted of RPG followers. But while Evodant may want to spin a tale on continually-advancing technology, it’s the dwindled presence of humanity — and the resulting consequences that’ve unfolded between these two eventful periods —  and the way Gyre as both a city and a game evolves that can potentially give it a huge step-up above others.

Gyre: Maelstrom primarily centers this around a procedurally-generated city populated by a whopping eight million NPCs, but it’s the very fact the city shapes and molds itself around your play-style that is most striking. Whether you prefer to practice parkour across rooftops, fight it out on the streets or try to learn the secrets of the tale behind this robot-populated civilisation, the city of Gyre will change and adapt to the way you want to play it. The game is built around the Toska Engine, a system that reacts instinctively to player-choice and calculates these changes based on real-time decisions. The moment you come up against (but not immediately engage with) a combat situation for example, will be the exact moment — like so many times prior — that the path continues to further deviate and transforms ever further into something more tailored and custom to your own unique play-style. 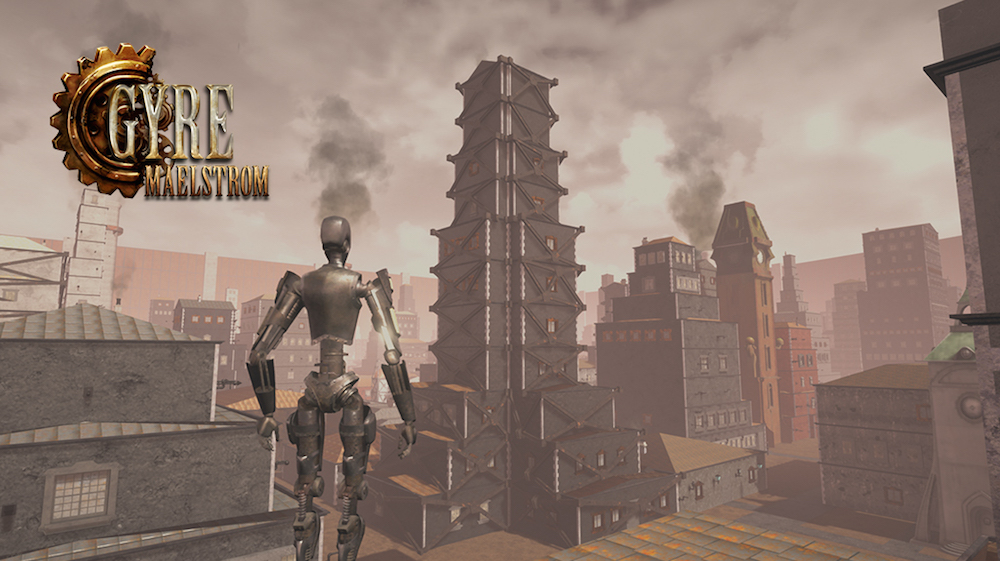 Everything from the way you engage with combat (or avoid it altogether) to the very actions you make and routes you take, will ultimately have a say in how the game is shaped. There will of course be a main quest and reasoning to upgrade your person, but with such a potentially grandiose variety of gameplay experiences to come out of the game’s formulaic approach, the fascinating topic to look into is how stable and even varied the game’s background workings will end up stacking in diversifying Gyre, both environmentally as well as from a pure gameplay stand-point. The visuals will remain consistent — following the all-round premise of a steampunk aesthetic with leanings on advanced technology — but beyond that, the procedural nature is one that doesn’t simply end on a level design plane.

From what the developer showed on screen, it’s hard to draw much of a conclusion from the scarce Alpha state of both its gameplay and the visuals on show. And if you’re reading this as purely ambition-driven, you’d probably be right. Despite my rather pessimistic nature, I do like to be hopeful of creative endeavors now and again. But there’s an enticing approach Evodant are taking here with Gyre: Maelstrom. As if the Toska Engine itself is the main antagonist rather than the actual in-game big-bad — though this too, in its own charming way, will be another by-product of the game drawing its own conclusions from your own actions — I look forward to discovering, to what extent, what the team over in Canada can carve out.