We’re not here to discuss anything outside the games tinyBuild had brought to show at this year’s E3. While they may have been in the news recently, that’s not what constitutes main coverage here. To fall back on the classic go-to whenever content and business get muddled up, at the end of the day…it’s all about the games. And believe me, tinyBuild’s presence at this year’s E3 — when referring to the event in the most broadest sense imaginable — will stay long[er] in my unfortunately goldfish-like memory. Be it the swanky hotel environment, as opposed to the regular formality that was (and still is) the LA Convention Center, or the fact all three of their games were provided to me via laptop, rather than some illustrious show-floor booth…you could consider it a unique kind of preview opportunity.

Not a criticism…simply an observation and one that’s deserving to be duly noted, because all it does is bring to light the bizarre similarity between the manner at which tinyBuild presented themselves and the manner at which tinyBuild presented their upcoming catalogue. Just like the happily informal approach to meeting-and-greeting game journo’s, all three titles prove tinyBuild are a small name with big potential. More importantly, a name that from a purely business stand-point, know what succeeds but make sure to go one further in making their titles something to talk about. Be it catering to those who love particular styles of play but bringing a certain twist to proceedings…or surprising the more skeptical of players [*cough*] who question if certain themes have become nothing more than safe-bet’s overly-reliant on popularity as opposed to creativity. 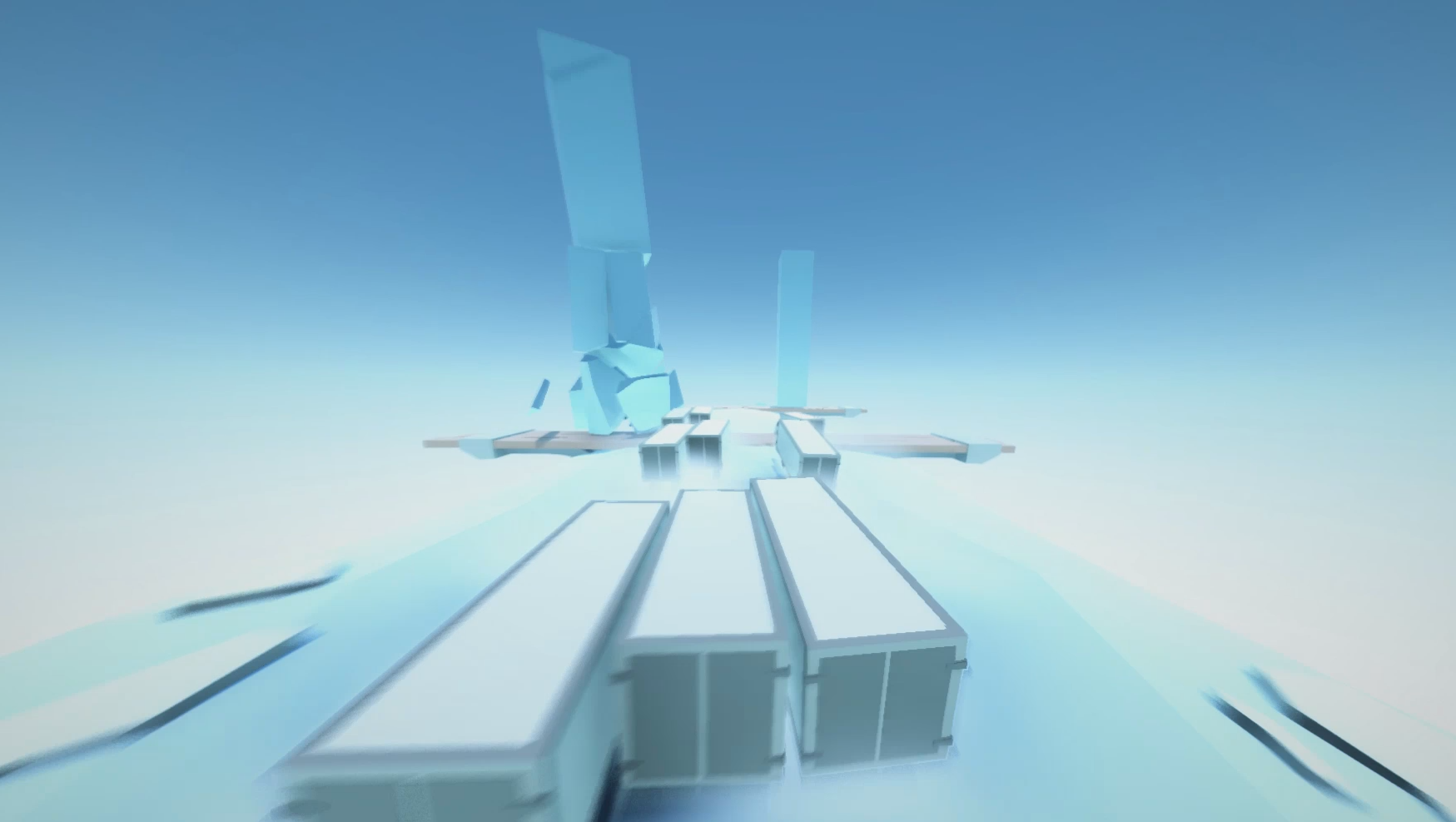 But for once in a long while, that belief was proven wrong. Or maybe, twice in a long while; as previously discussed, the one-hit vulnerability displayed in Mr Shifty was something that warmed even the coldest hearts. Warming specifically towards this particular method on ranking player challenge up there alongside the “one more go” vice good gameplay often targets. And the cunningness of this approach was repeated with ClusterTruck, arguably one of the most brutal of games when it came to overcoming the challenge set. And more prominently, overcoming the somewhat illicit shakiness on-screen and the indecisive nature on how your actions/moves would pan out.

We’ve talked about how it’s the kind of game that almost thrives on reaction — on the after-effect of succeeding or otherwise failing that crucial step or carefully-decided timing — but while the initial reaction here was one of confusion in trying to get to grips with the sensitivity of the controls, ClusterTruck is indeed a one-note concept that does exactly what it originally set out to accomplish. There is that “holy s**t” moment when you realize just how fast everything is moving and there’s a similar train of thought when you draw comparison of the game to something on the brink of total collapse, but on reflection, is it not the sheer chaotic flair and instability of all that is driving such reactions from out of us? That for tinyBuild to help carve out something so delirious, that we can actually beat it, albeit one step at a time. While there’s still a debate to be had on the overuse of motion effects and the barebones aesthetic to its visuals, ClusterTruck whatever the outcome has reached for and struck one of umpteen extremes when it comes to delivering a game’s foundation. 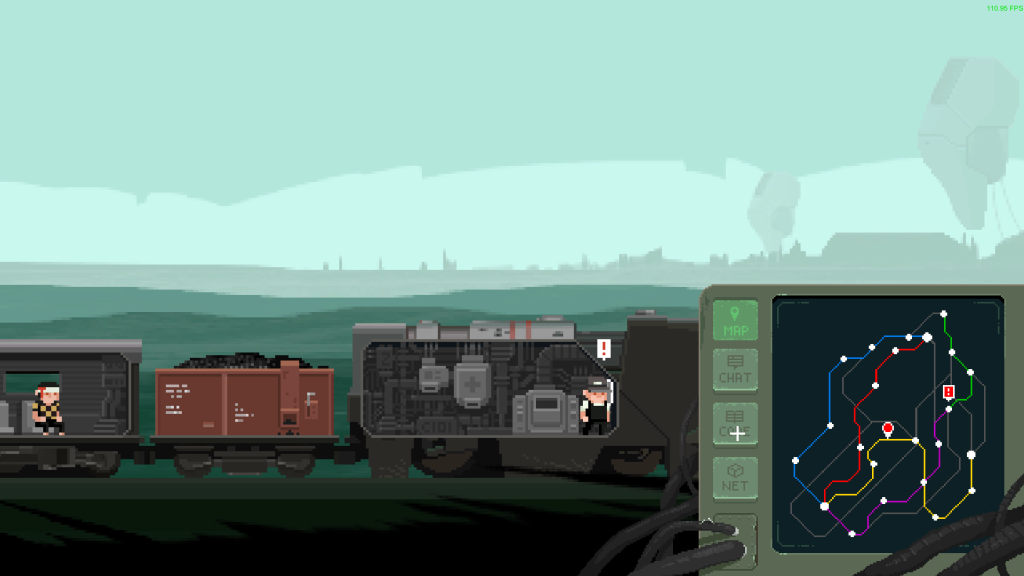 Speaking of trains, Mr Shifty wasn’t the only title on show to demonstrate a knack for identifying a niche and building upon it. What’s more, to turn the matter of either a post-apocalyptic setting (which, by the looks of things, won’t be dying a gruesome death anytime soon) or 8-bit sprites and conjure something as promising as The Final Station, proves why independant studios (like maybe…Do My Best Games…the developers behind this particular title) really do deserve — as much need — the backing and support of both the wider industry and the ever-growing base of consumers. As mentioned, set in a desolate World of decay and fading memory, The Final Station puts you in charge of possibly the last working train in the World. Your objective: look for survivors…collect resources and decide the fate of those you find. You can either leave them or bring them onboard, but ultimately risk bringing as much conflict and hinderances as a result.

Gameplay comes in one of two forms: item management — which further breaks down into allotting food/supplies to passengers as well as maintaining the condition of the train — and scouring abandoned train stations you come across to look for additional resources. As you would expect there are those less-than-human types who will lurk in building interiors, of which won’t be revealed until you make the choice to open the door in. It’s here where the theme of risk comes into play evermore and will ultimately define how you, as someone in charge of everything, shape the state of your beloved train. Couple this with the limited ammunition with weapons and the somewhat claustrophobic feel to these side-scrolling moments and it’s guaranteed item-gathering will not be as simple as merely checking-off every room on a figurative list. 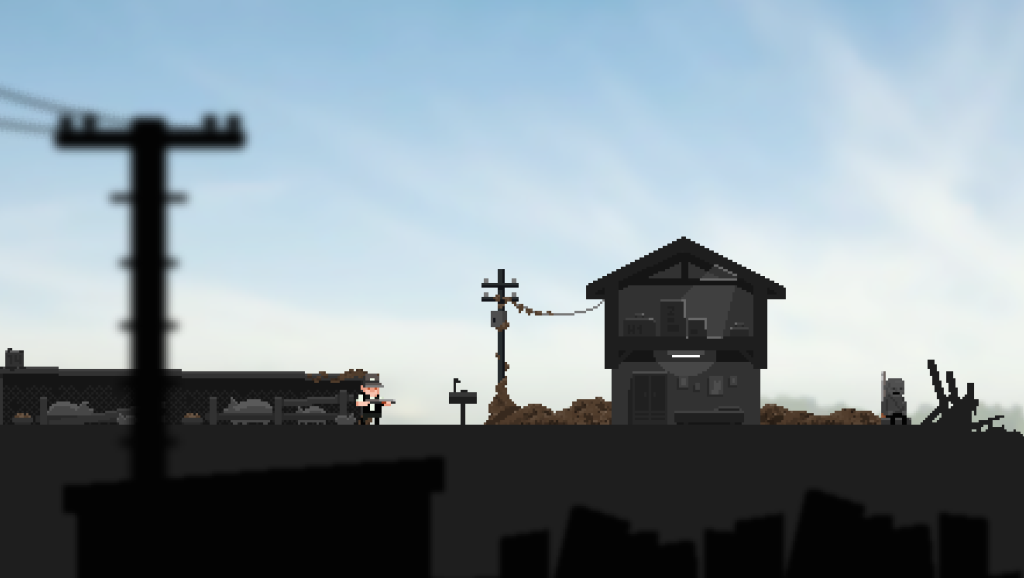 The fact you can’t see inside rooms you haven’t explored, or that enemies are unforgiving when it comes to the power of their attacks, or even how precise you need to be just to kill them, there’s an argument to be made that the developer is taking the same approach Dark Souls does when it comes to progressing on…or banking what you’ve got so far. Like playing a crucial game of Blackjack and you’ve got 15 so far: do you play it safe…or…do you go one further with the hope you’ll reap an even greater reward? Or, more likely, lose it all and wind up back at the starting point. There are no clear save points during these moments and coupled with the unpredictability of the environments, The Final Station has shown itself to be another surprise turn-about. For a small team, Do My Best look to be carving out one of the more unique play-styles in a genre [survival] and theme [post-apocalyptic] in desperate need of variety.

A testament then to tinyBuild’s expanding library of games — titles that are either unafraid to push for extremes or those vouching to shake game standards up to create something interestingly fresh and varied. Three games, three approaches…three definite reasons to keep giving tinyBuild your full attention.