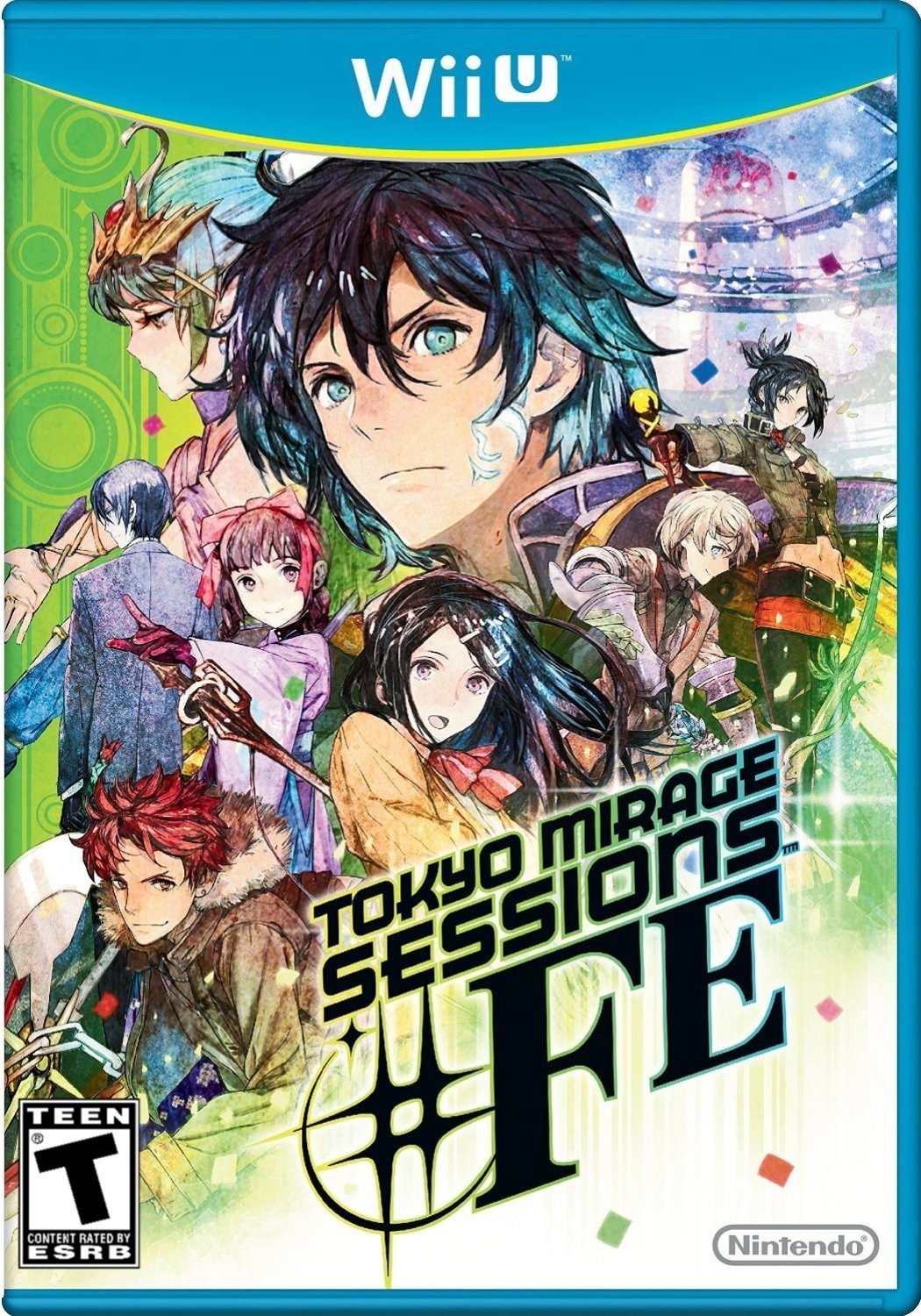 Both the Fire Emblem series and the Shin Megami Tensei series have always had their fans in the palm of their hands since their first installments came out.  With the release of the Nintendo 3DS, that fan base has only grown as their installments have garnered significant praise by both JRPG fans and casual gamers.  Now, Atlus has decided to develop a game that brings together the best of those game franchises and mixes in the flair of Japanese culture that makes you feel as though you’re playing a Persona game, Tokyo Mirage Sessions #FE.  While there has been a lot of controversy regarding the censorship of the game in North America, it doesn’t tarnish the gameplay.  The gameplay is reminiscent of Shin Megami’s spin-off series, Persona, where the protagonists fight not only using their physical abilities, but the abilities of what would be considered their Persona. The game itself, however, while a great blend of two (technically three) incredible franchises, still manages to fall a bit short in finding a great medium that accents both their greatness.

The game follows the overall universe and environment styles of Shin Megami Tensei while utilizing the gameplay of the Persona games and the characters from Fire Emblem.  You play mainly as Itsuki Aoi and his friends Tsubasa Oribe and Touma Akagi who are all involved in the business of Japanese Idols in Tokyo, Japan (mainly the districts of Shibuya and Harajuku).  The three of them are introduced to the Idolasphere, a world where enemy Mirages are able to roam and attack the protagonists.  Mirages are essentially what a Persona would be, a spiritual companion (or enemy) that gives magical abilities to the person whom they are tied to, and the eprson who controls them is a Mirage Master.  The Mirages that accompany Itsuki and his friends are in the form of Fire Emblem characters such as Chrom from Fire Emblem: Awakening and Cain from Fire Emblem: Shadow Dragon.  These Mirages cannot be switched out so it is important to switch out the characters specifically if you need to build a specific type of team to defeat the enemy.  Even with the game as it is, the specific gameplay structure that it follows forces it to become repetitive over time with no real story development occurring. 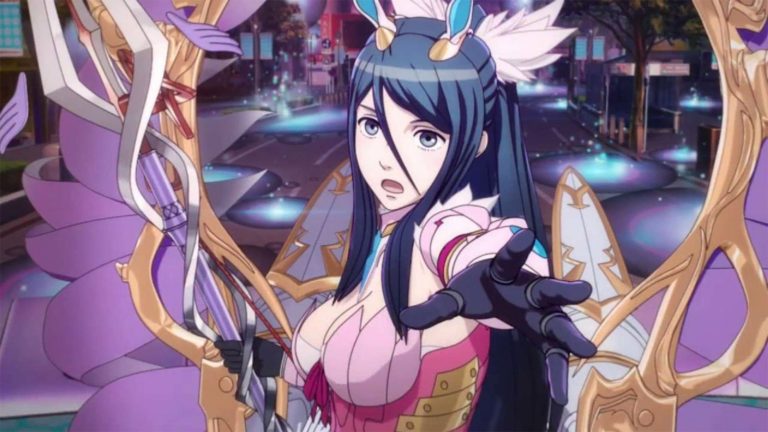 The majority of the game takes place either within the Idolasphere where you fight your enemies, or in the Shibuya or Harjuku and doesn’t explore anywhere else.  You’re limited to these areas only where both the main story and side quests take place.  The side quests are more like what ‘Social Links’ are in Persona, where you try to build a deeper bond with a friend to help make both them and yourself stronger.  The side quests, however, just allow for Itsuki and whichever character you are doing the side quest for to hang out for a bit and learn something new from each other as well as get what is called Performa (which is used to create weapons and skills).  Once you attain the Performa needed, you can upgrade your weapons (which are called Carnage Unity) or your individual skills (Radiant Unity).  In this aspect, the environments are not the only thing lacking as well with preset skills and abilities that are automatically attained through leveling up.  Both the side quests and main quests can be activated on the GamePad through a set of text messages that you share with your friends.

It may use the fighting style of Persona, but instead of the ability to choose where skills go or what piece of equipment or magic gets stronger, the game does it automatically for you and you just have to keep leveling up to get stronger.  It defeats the purpose of strategically playing and you are left with grinding for a long time before you can actually fight the main enemy at the end of every Idolasphere entrance.  There is also an ease of use when it comes to healing your party and switching out your characters mid battle in order to gain the upper-hand.  There is no clinic or anywhere you can go where you can heal yourself free of charge, so you need to keep a close eye on the money you have available because cures can only be bought or utilized by a character with healing powers.  If you are in trouble mid-battle, you have the ability to switch characters without losing your turn, rendering it much easier to avoid death in battle, which makes #FE seem a lot easier to run through as opposed to the gameplay it was modeled after. 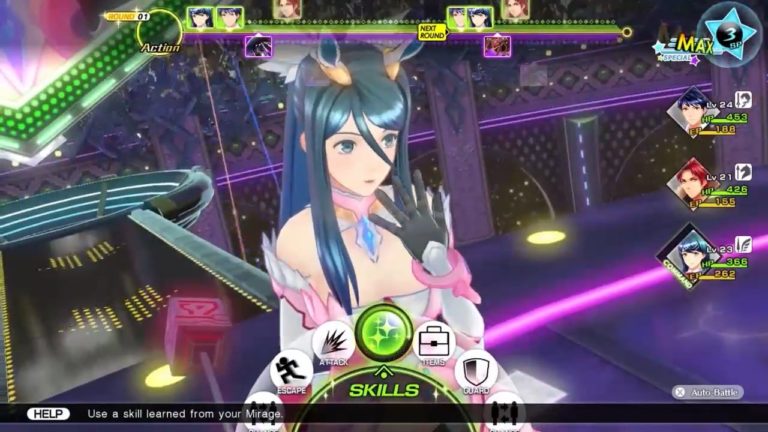 The game itself doesn’t feel forced and the Fire Emblem characters are designed in a way to look more like Persona’s than how you would have normally remembered the in their respective games.  They blend well into the environment and main story as being the characters that are responsible for keeping Tokyo safe and defeating the mirages inside of the Idolasphere.  You can’t switch between the Mirages and each character is responsible for the one assigned to them at the beginning, (you are automatically assigned them).  So, for example, if Tsubasa isn’t on your team in that moment and she is the one with Dia, (a healing spell), then you need to switch out one of your players for her in order to have that healer on your team.  This could prove to be either a good or bad thing because some characters are weaker than others and without the ability to switch between Mirages, you put your weakest characters in jeopardy and have a higher chance of failing.

#FE is made in a way that you are constantly given ways to support yourself in battle and the items that can be purchased are rather cheap, meaning that you can continue to fight without worrying about how to build up your team of three during every battle.  Different cafes and vending machines in the area can provide you with full health for your party at a price, though it’s a small price to pay for convenience.  You can also complete requests both inside and outside of the Idolasphere to either earn more cash or gain more supplies so that you don’t have to pay for them.  In the off chance you do have to pay for them, the more you buy, the more you get because you receive lottery tickets that can be cashed in for even more supplies.  The game tries its best not to leave you stranded if you need help, but also makes sure that you use your resources wisely because if you don’t, you’ll have to pay for them again. 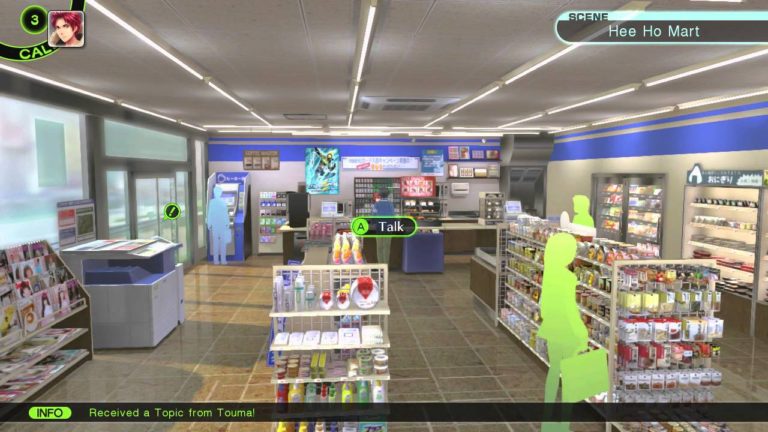 Tokyo Mirage Sessions #FE is a commendable coming together of three game franchises that have captured the hearts of JRPG fans since their inception.  Unfortunately, the game doesn’t balance the three well and fails to bring up gameplay elements that made the franchises so great, leading to an experience that feels more as though you are just going along for the ride.  The environments and animation are all well done and the story itself allows for the combination of Fire Emblem and Shin Megami Tensei to seem natural, making it fun to watch and play.  As a JRPG, however, it fails to leave the player entertained and wanting to continue to battle and level their characters up because in the end, you’re limited to what you can do.  If anything, this game is a promising gateway to many future projects, but to consider this a successful blend between the franchises wouldn’t be true.