One of the most exciting things about crowdfunding is that it is a completely open platform for anyone to share their projects with. Back in 2014, many industry veterans flocked to the service to create new games that the big studios simply weren’t letting them do. Among all these was a game by the name of Duke Grabowski, Mighty Swashbuckler. The development team was touted as being chock full of LucasArts alumni and that skill shined through with concept art that looked as if it were pulled straight from the heyday of point and click adventures. Since the genre had become so unloved at the point, Duke Grabowski found itself successfully funded for over $40,000 in the end. 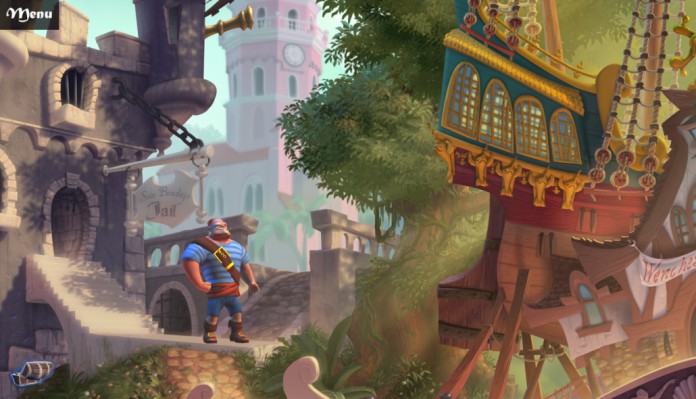 It has been two years since that campaign and now release is finally around the corner. Given that Duke Grabowski, Mighty Swashbuckler’s Kickstarter was a few years away at this point, some have never heard of it before. So, here’s what you need to know. The game stars Duke, a huge, beefy pirate with aims to become the captain of the Brazen Blade. Fellow pirate Slewface issues a challenge to the crew – if they can successfully seduce three women then they have what it takes to become captain. As such, Duke sets off on his journey to bumble his way into multiple romances for the sake of a contest.

At first, this sounds like the same tired storyline you might expect from an older, ill-advised adventure. Duke Grabowski, Mighty Swashbuckler moves beyond this. Instead of allowing Duke to complete his goal and end up with three adoring mistresses, he must actually come to realize that maybe he doesn’t want to be a part of this whole thing. After all, Duke would just be conforming to peer pressure rather than doing this because he really wants to. The game will watch Duke on his journey from following expectations to eventually growing as a person. The game appears it will definitely subvert expectations. 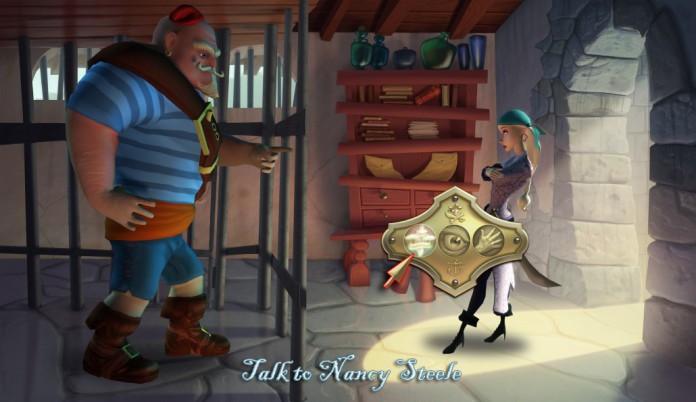 Visually, Duke Grabowski, Mighty Swashbuckler looks a heck of a lot like the The Curse of Monkey Island. The bold colors and cartoony characters look like they could have easily fallen out of that 3D game. As for the gameplay, it definitely falls into place with classics of the genre with a point and click interface and dialogue choices. Of course, the core will be the storyline which pulls us through Duke’s journey. It’s important to note that this journey of self discovery will not all launch at once.

The game is poised to be episodic, with the potential for three to five episodes. Why is there a range of chapters? Well, the team obviously would love to bring Duke’s tale to completion, but they simply do not know for certain how much interest there will be in the game post-launch. Right now Duke Grabowski, Mighty Swashbuckler Episode 1 is prepping for launch this fall, and Episode 2 should follow shortly thereafter. Beyond that, though, Duke’s fate is in the hands of players. If a fanbase appears around the series then we’ll be sure to see how many more episodes appear down the line.