Street Fighter II ushered in the fight game boom of the ’90s and led to many kinds of crossover media. GI Joe figures were revamped for the cast, while we got a feature film, animated film, and even a USA Network animated series out of the franchise too. The TV series has yet to see the light of day, while the animated movie has been re-released a ton – but with many versions out there. It’s never been released on Blu-Ray in North America until now, or rather October – when Discotek Media will release it. The super-cheesy Street Fighter II animated series will be out in September, but they didn’t pin down an exact release date. The Blu-Ray cover art is fairly simple, with Ryu and Ken standing before M. Bison. It doesn’t really evoke a scene from the movie itself, but it does show you its main characters. The TV series cover is far better, showing off the ensemble cast and giving it a weathered border to make it look like an old VHS tape. 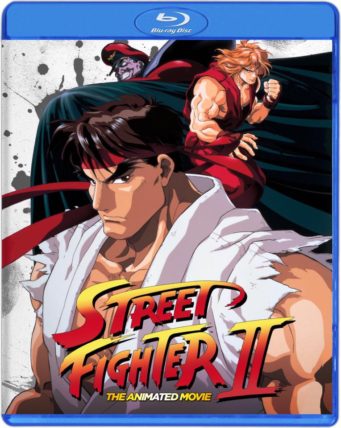 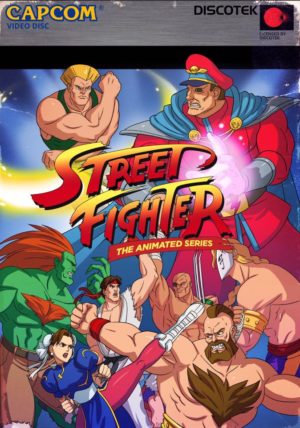