In Dragon Quest Builders you’ll collect, craft and build your way to victory. The realm of Alefgard was destroyed by the Dragonlord and his minions. Chosen by the Goddess herself, you must embark on a quest to rebuild the kingdom to its former glory.

Dragon Quest Builders arrives on October 11, 2016 for PlayStation 4 and PlayStation Vita. Peep the Day One Edition bonuses below! 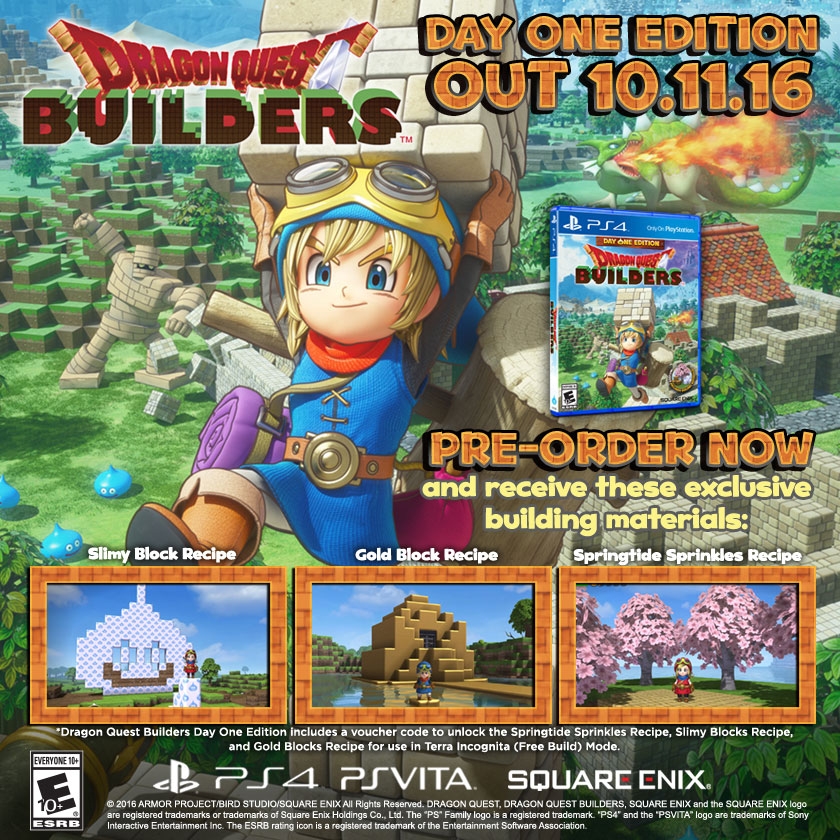