Goichi Suda, better known as Suda51, has undoubtedly contributed some of the most imaginative video games in the history of the medium. Whether it’s the cerebral thrills of Killer7 or the over-the-top action of No More Heroes, Suda51 has brought the arthouse to games. Although he’s been working for nearly twenty-five years, Suda51 is showing no signs of slowing down and is remastering the classic The Silver Case for release this fall. In celebration of this release, we’ve decided to curate a limited run series dubbed “Summer of Suda,” which will take a look back of some of his most memorable games, evaluating what they contributed at the time of their release and how history looks back at them today. Keep an eye out for exclusive interviews with some of the auteur’s most famed collaborators like Akira Yamaoka, Masashi Ooka and of course Suda51 himself as they reveal never-before-seen behind-the-scenes info as the series progresses this summer.

It might not have seemed like it at the time, but era of PlayStation 3 and Xbox 360 was an incredible period for innovation and creativity. Tons of new franchises were born on both platforms and many developers and publishers pushed far beyond the confines of “safe” games in hopes of luring an audience. Titles like Enslaved, Nier and even El Shaddai: Ascension of the Metatron may not have been huge commercial successes, but they generated a fervor among gamers who actually played them. Shadows of the Damned was another one of these wonderful oddities. Released in 2011, it actually managed to rise above many of its triple A contemporaries due to a key marketing move by EA. They emblazoned the text “A Suda51 Trip” on the box art.

You see, it was also around this time that Goichi Suda, otherwise known as Suda51, was finally hitting it big in North America. Thanks to games such as Grasshopper Manufacture’s No More Heroes series and Killer7 being closely tied to Suda, western gamers were finally getting deeply acquainted with this punk designer and developer. Not only were these games outrageous and violent, they opened eyes to how powerful excellent style could be for video games. Stylish in every way, these rollicking action games proved that Suda51 was a name to be reckoned with – and that any game he touched basically was a must-play. As such, EA’s rare move to put a producer’s name on the cover of a game was ingenious. 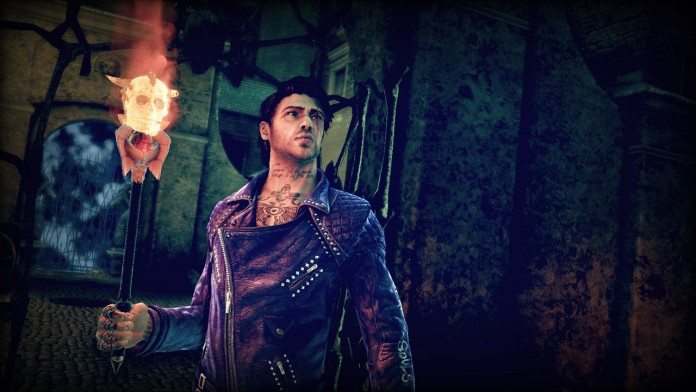 Luckily, Shadows of the Damned did not disappoint. Even today, it still stands as quite the unique (and sometimes eyebrow raising) third person shooter. Chances are you’ve never played a damn thing like it before. The only thing relatable right from the get go is the basic storyline which is common throughout gaming. Basically, our demon hunting hero Garcia finds himself desperate to get back girlfriend Paula since she’s been stolen away. Things get switched up because the attacker is none other by the Lord of the Demons, Fleming. He taunts Garcia on all manner of things, from his penis size to inability to save Paula during any of her multiple murders. What’s any good demon hunter to do in such a circumstance? He obviously jumps right into the demon realm to kill anything in his way and eventually lodge a bullet right between Fleming’s multiple pairs of eyes.

Venturing to hell isn’t new territory in games, but Shadows of the Damned brought such a strange realization of the underworld that it still feels exciting to explore. The landscape seems a bit like a small town, with shacks and small buildings packed tightly together as cobblestone paths weave between them. Then there are the weirder elements, such as living goat heads which serve as lamps or baby faces (hungry for body parts or strawberries) that are effectively locks on doors. In comparison, the fodder demons aren’t much to write home about. They look like your typical zombified humans who simply do their best to get in close for a dangerous lunge. 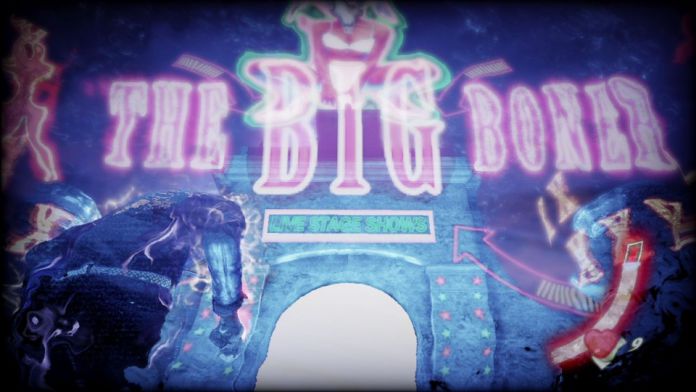 Designs really stand out on each of the game’s boss demons. Many appear pulled from demon mythos, but with added personality often in the form of dick jokes or expletive-filled banter. Heck, in the case of one demon, that’s practically the only thing it is capable of saying. While these facets might not appeal to every player, they definitely stand out amongst other games which generally shied away from such crude facets. If there’s one thing which should be obvious between each of Suda51’s games, it’s that he is not afraid of putting exactly what he wants into a title. This is always something fans have admired. This long-standing affection for bodily humor, too, reigns supreme in Shadows of the Damned.

Garcia’s key weapon is a transforming gun which is actually a demon itself. The demon’s name is none other than Johnson and, aside from offering near-constant quips about events, he is expanded and upgraded via sexual arousal. Who would have expected any less from the designer who forced gamers to practically masturbate their Wii controllers in No More Heroes? In any case, the gunplay isn’t ideal, but nor were most third person shooters on consoles at the time. Luckily three difficulty settings allow for a range of skill levels to jump into the game. By the end, your weapon is so overpowered that it makes a mess of most anything in the way. 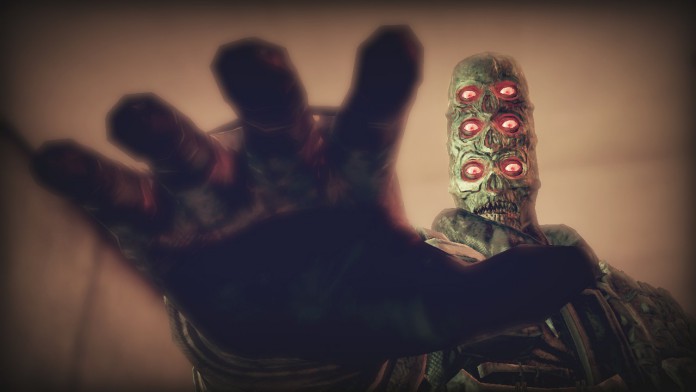 The true genius – or madness – of Shadows of the Damned is that it never lets up. Shooting sequences are frequent, but also feature interspersed bits of dialogue and events which spice up the battle. The game never tends to linger on a firefight for too long and attempts to keep a narrative thread running continuously. Players are never given the chance at boredom because a new scene or area is always around the corner. Perhaps the saddest thing about the experience is that it clocks in at just around five to seven hours. Then again, this seemed to be quite common of the era with single player releases. Eventually the shooting would have worn out, as would the storyline continuing to drag out and kill poor Paula time and time again. Despite an ending which set the scene for a sequel, we’ve yet to see one come to fruition.

Shadows of the Damned takes so many Suda51-isms and packs them into a distinct experience. Yes, it carries some of the immaturity of No More Heroes, but delivers it in a devilish grindhouse movie fashion. It’s easy to overlook that this is not the best third-person shooter simply due to the engaging style the whole experience exudes. From disembodied heads that are somehow alive and chatting to artistic, obscene blood spurts, you can also feel Suda’s signature on every element. Anyone who has yet to play Shadows of the Damned should pick it up on PS3 or Xbox 360. The game is now quite cheap and deserves the title of a “Suda51 Trip” wholeheartedly.