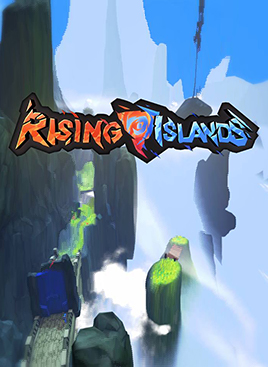 It’s often said that if your game can invoke enjoyment in the gameplay department, the other areas — no matter how overshadowed they get — can still possibly be regarded as complimentary and/or well-suited, if not a major highlight. Complimentary in the sense that gameplay is the most fundamental of all game components, that is rightly center stage and not the other way around. Contrary to popular demand (it would seem) I am a man who vouches for gameplay over everything else; before art, before graphics and most certainly before anything pertaining to story — no matter how loud it bellows an overwrought appeal to my “emotions.” I want to know, and outright be enabled, to control what I do; to have such matters as skill, ability and variety tested on the game itself, as much on me. Though my time was brief, I was initially intrigued by Lone Hero Studio’s movement-focused, reflex-conjuring platformer, Rising Islands when it popped up at EGX Rezzed earlier this year.

It was the kind of unfamiliar presence I came away from with heightened curiosity over. Curiosity in the sense that while what was originally shown might have been relatively minimal in both technical and artistic structure, its simple-to-grasp gimmick on shifting between polarities (between one color and another) could do as much for the upbeat, fast-paced of platformers as this particular mechanic has done for the once-missed futuristic racers as of late. Simply put, call it one of those “benefit of the doubt” moments. Rising Islands doesn’t deviate that much from this concept and it’s clear, from the off, the potential heights to these mechanics have been center-focus for much of Lone Hero’s efforts throughout the whole development. For better and, unfortunately, for much worse.

Sadly, Rising Islands can’t even be regarded as a title whereby its main strengths lie in its gameplay despite all the [rather glaring] drawbacks on show. For all the brief and momentary ounces of enjoyment — on flicking between opposing colors; enabling your character to run on walls when the same hue or phasing through objects of the opposing one — Lone Hero offer little here to suggest this was a project rigorously tested, coming off moreso as something hastily put together. That’s not to say its assortment of thirteen levels — which in reality file further down to eleven through repeated run-through’s albeit with a different objective (another problem of which I’ll get to) — aren’t aptly structured. To its defence, Rising Islands gets things right when your solitary aim is getting from point A to point B. Couple that with a slew of admittedly frustrating-but-satisfying obstacles and at its best, the game caters well to the snap-reflex crowd. 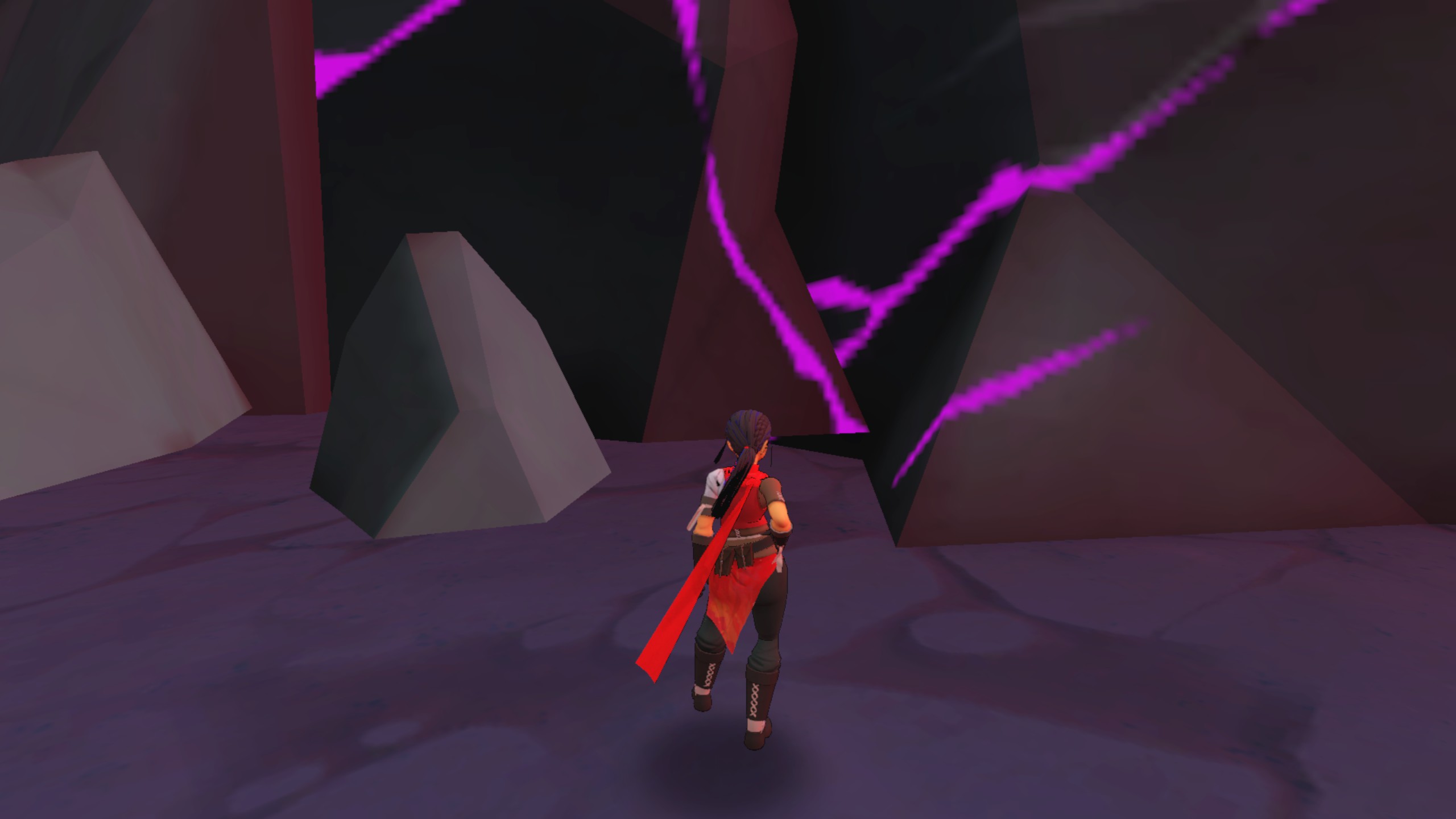 But the fact of the matter is this: very few of Rising Islands’ mechanics not only feel underwhelming, they’re outright off-putting. Be it the rigid and simplistic polygonal shape of environments (which come in either grass, ice or some mantra of “dark” aesthetic), the poorly optimised and stretched textures that blur and pixellate across a lot of the game’s surfaces or the unfortunately stiff control scheme, even when all is taken out of the equation and we focus entirely on the gameplay, Rising Islands is a game that doesn’t know whether it wants to play the safe “x amount of levels to beat” build or aim for something more ambitious. And here’s hoping it’s the former, because the game’s excuse for a story or possible narrative is as questionable as its graphics optimisation.

Told through a series of vague and questionably low-quality skits — which aren’t helped by the stop-start mixing of sound effects and music — Rising Islands’ attempt to tell the tale of a land on the brink of ruin is about as deprived as the power-hungry villain whom even the game refers to — via in-game dialogue, in as place-holder a fashion as possible — simply as “boss”. That’s it: no exposition, no motives, no nothing; you even get to face the supposed big-bad in supposed boss levels at the end of each region, but by the time you reach the end goal, you’re done. No fight, no shake-up of the otherwise simple formula to give the game a sense of refreshing longevity or to test the player, nothing. Sure these segments may throw up an occasional enemy barrage of which you’ll have to avoid somewhere down the line, but given the pointlessness of an antagonistic presence (coupled with some often embarrassing lapses in intelligence by the AI itself), all it does is further confuse an experience that really isn’t screaming for narrative subtext. 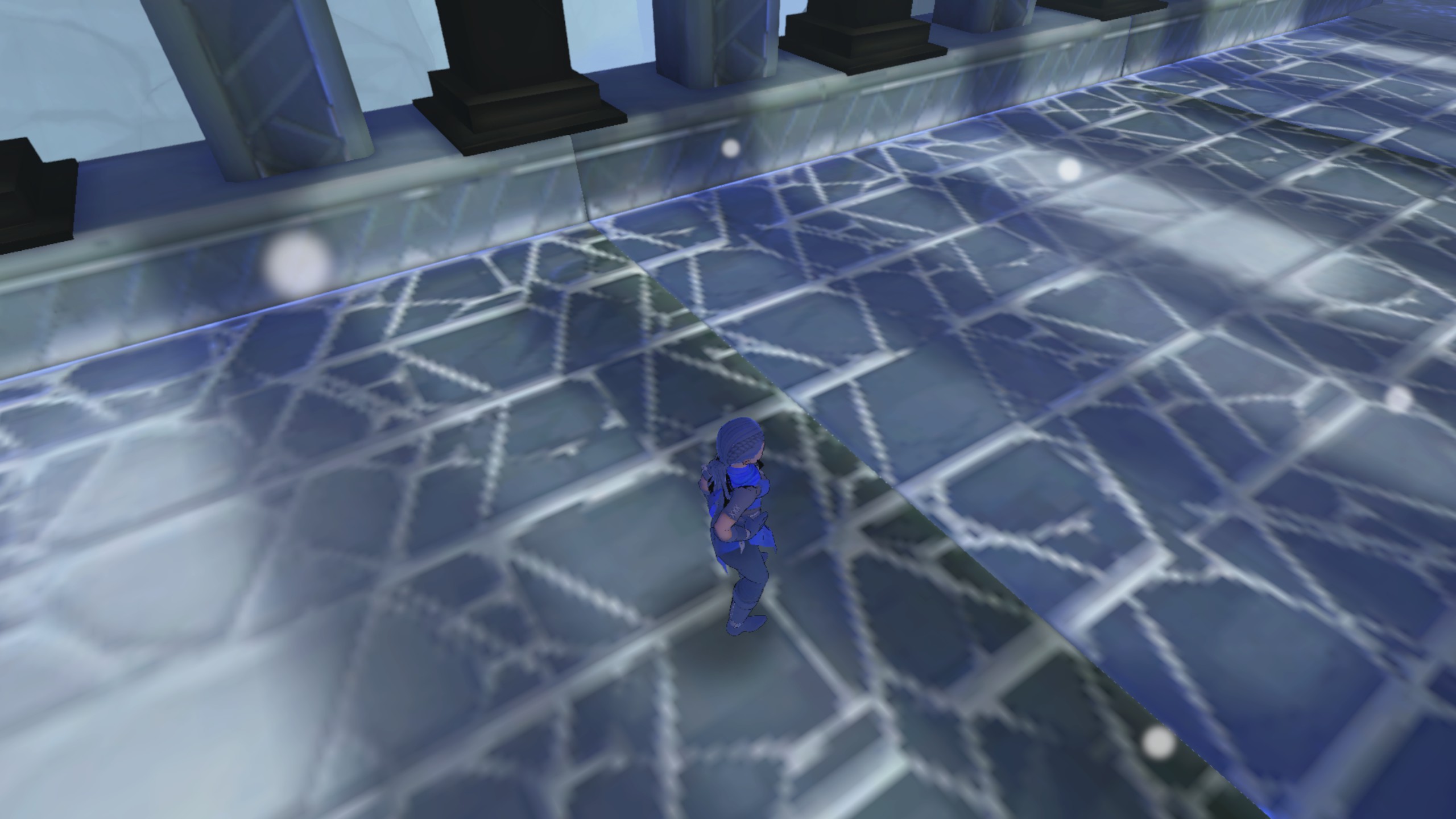 Had Rising Islands dropped the thematic elements entirely and invested a lot more on the gameplay — not to mention a quaint polish and touch-up to level design alongside — there might have been more to divulge over what is perhaps the game’s only saving grace. While the color-shifting mechanic works well in the midst of an upbeat sprint — shifting from wall, to avoiding lasers, to wall, to avoiding lasers of the same color as the next wall — the slightly more scripted leaps between floating platforms can have your character charging gallantly one second and making an almighty leap into the life-ending infinite the next, without you ever figuring out what you did wrong. For a game set so intently on keeping at a pace, slowing right down — even for the minor portions of platforming here and there — or having your character enter a pre-determined sequence, can often be a lot harder to execute and get right.

Furthermore the lack of any real variety on objectives, aside from the classic “get to the finish before time runs out” that makes an appearance only a few times, only shortens the lifespan or indeed memorable qualities to Rising Islands‘ levels. And that adds only more woe to the game’s less-than-two hour run-time, of which you can easily 100% without even realising, or at the very least, coming away thinking you’ve been rigorously tested. There is a time-trial mode wherein you compete against online opponents to claim the fastest time on a certain level, but aside from personal pride, there’s really nothing to get invested in other than having your name appear among the top three spots. 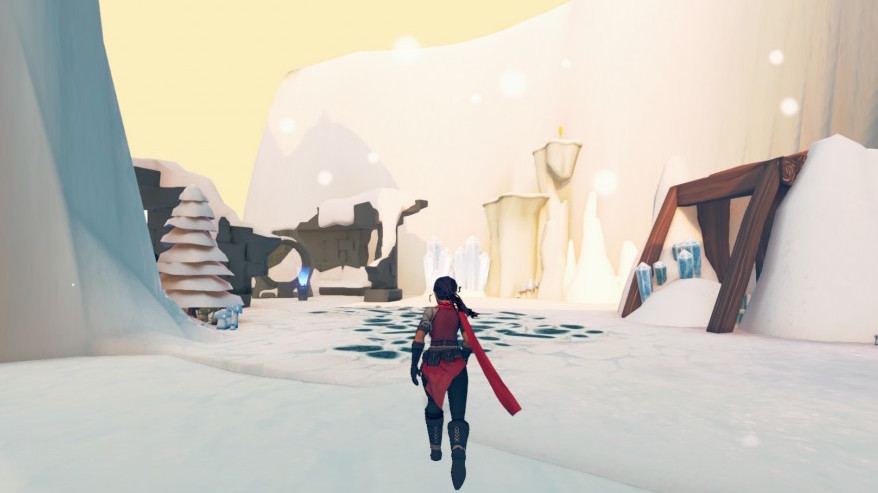 Inevitably, Rising Islands can be identified quite easily as a title riddled with far too many lack-luster components and even its core gameplay can’t prevent it from feeling both under-baked and underdeveloped. Lone Hero’s only positive may be that they’ve picked an enticing concept to build an entire, albeit short, playthrough around, yet it’s clear from the off that everything else, be it the superficial glance of a story or sense of visual polish, was placed considerably low on the priorities list. To that, Rising Islands is disappointingly shallow in its offering — attention to detail disregarded in so many areas, it’s hard to ignore. A title marred by technical and visual anomalies, perhaps its run-time could be considered an ironic hindsight.