If you go anywhere that sells games, you’ll see endless kinds of analog stick covers. They’ve been around for quite some time, but their quality has ratcheted up dramatically over the past few years. The first set I bought was from Grip-It and I thought they would be a great way to extend the life of my controllers. They worked fine for my 360 pad, but did have a nasty sticky residue on the bottom and you had to turn them inside out to actually put them on the sticks themselves. The type of rubber used was malleable enough to do so without much difficulty, but the gunk left on the sticks was nasty if you ever wound up having to take the covers off. 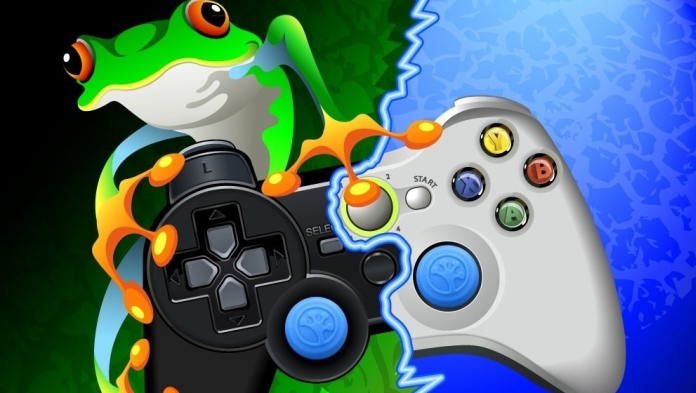 Still, for adding a bit of rubberized grip to the sticks while also extending their lifespan, they got the job done. If you want some stick covers that don’t leave residue, there are quite a few on the market. KontrolFreek has around a billion out there, while PDP has some as well. Best Buy’s Insignia brand has a ton too, and they’re reasonably good for the money. The Pelican PS3 caps are a good value at about $7, and also have the added benefit of giving you some PS3 trigger tabs a well. These make FPS and racing games far more comfortable to play on the PS3. The included PS3 stick covers are stellar and rubberized – but not to an uncomfortable degree.

I have Insignia stick covers for both the Xbox One and PlayStation 4. The Xbox One covers come in a set of two – one concave and another convex with a large amount of ridges. These give you a bit more grip, but not a ton since they aren’t rubberized. The Xbox One sticks can be used to cover a Battlefield 3 PS3 controller, which is designed so much after an Xbox pad that the stick diameters are identical and are comfortable. The concave stick covers were my go-to stick covers for Xbox One gaming since I’m so paranoid about damaging the ridges on the outer rim of the sticks – which happened on my Day One controller.

The PlayStation 4 and PS3 stick covers work about the same as the Xbox variants, but feel better than the default PS4 stick texture. It’s not quite as grippy, but it doesn’t rub off on your thumbs or leave them sore. If you’ve had issues with the stick coating coming off, which I’ve had happen on two Dual Shock 4 pads, then these are the cheapest option to extend the life of the controller without having to swap your sticks out. There’s definitely a difference in quality between the Insignia stuff and the KontrolFreek covers though, and the FPS SNIPR has become my favorite stick cover to date.

They’re a little pricier at around $15, but do an excellent job of providing a grippy surface while also extending the range of motion on the sticks. I had never used a stick-extender before, but found that it didn’t take much time to get used to and did increase my skills at FPS games. In Titanfall, I went from being a top-half player in my team to top two within a day of use. With Call of Duty: Advanced Warfare, I was regularly getting more headshots and the increased aiming really was noticeable right out of the box with these. The color scheme seems a bit garish — something more neutral would be preferred, but it’s not a big deal. It allows me to see them whenever I put them down since they don’t blend in with anything else, and while they do clash with every controller I own, I’m also not looking at the sticks when I play. It isn’t something that affects my actual enjoyment of the device, and for $15, they’re a great pickup. 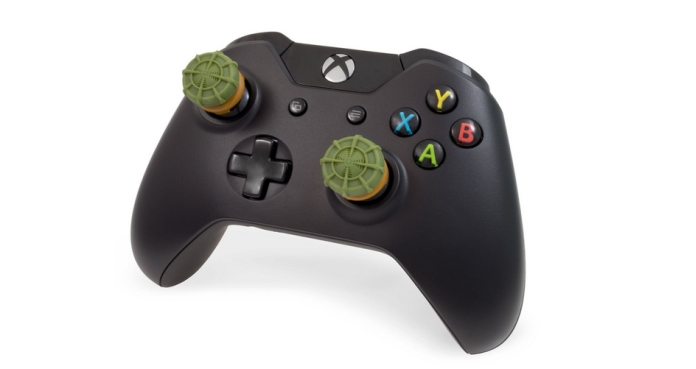