In a week long commemoration leading up to Metroid’s official 30th anniversary on August 6, Hardcore Gamer takes an in-depth retrospective on some of the iconic series’ grandest and most important moments in its three-decade history. From past to present, characters to story, the very design to its memorable soundtracks, Metroid@30 is a celebration of one of both Nintendo’s and the industry’s most beloved franchises.

The Metroid series has been renowned for its use of sound, both in a compositional manner and an atmospheric one in equal measure. While elements such as melody had at the time popped up with the likes of Metroid II, it was the two titles either side of the 1991 Game Boy release that had come to identify Metroid’s clever ideology on reflecting player isolation, spatial claustrophobia and a generally anxiety-laden feeling of uncertainty, with a soundtrack that was all but devoid of catchy or otherwise rhythm-based music. With its intended use of silence, its minimally-structured notation and the lack of otherwise blatantly phrase-led, time-dictated forms, the soundtrack to both the original Metroid and the 1994 Super Nintendo follow-up have become interchangeable with connotations on atmosphere and immersion. Furthermore, Super Metroid has been regarded by many as a perfect example on how to instill atmosphere into a game.

It 2002’s Metroid Prime, however, that cemented the series’ reputation in the soundtrack department. While there were plenty of memorable and stand-out tracks that encompassed the series’ underlining principle of discovery, tension and dread, Prime was the first game that broadened the very music of Metroid into that of more melodic territory. An unthinkable prospect back in the early-to-mid 9’s; while traditional melodies were something that occasionally popped up in-between exploring a new planet or finally getting to the end credits, never had a Metroid game dared encompass instrumental arrangements. 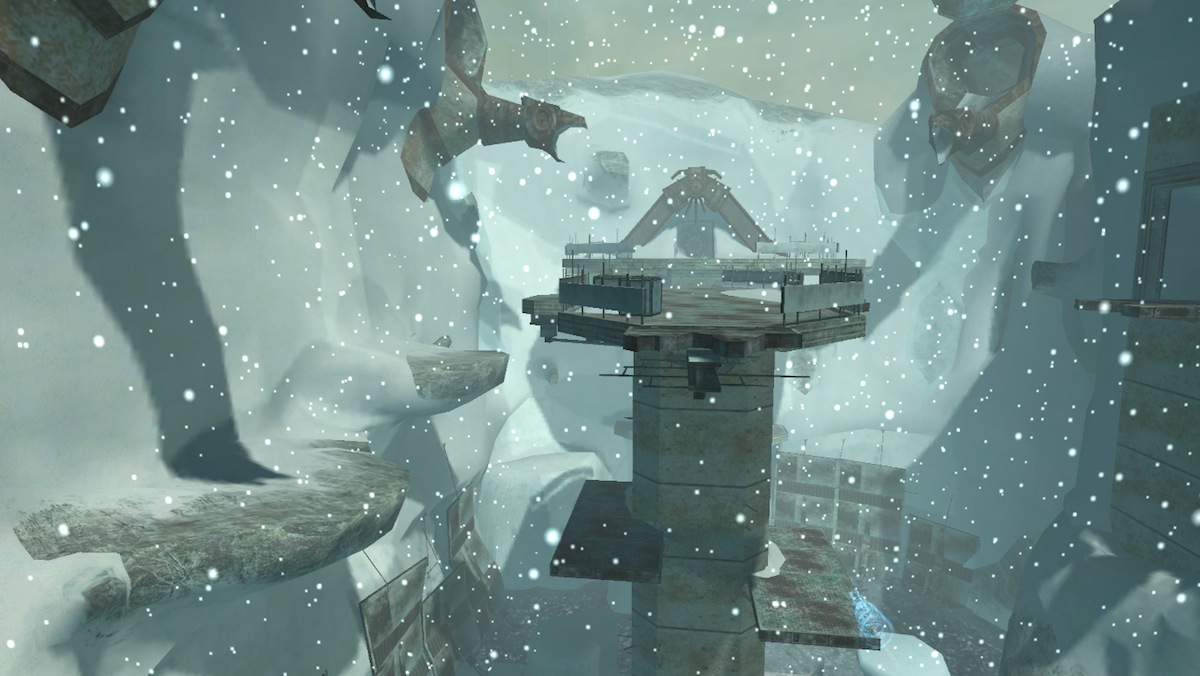 Enter Phendrana Drifts, a snow-covered, icy reach on Prime’s planetary setting of Tallon IV. Enter, more importantly, arguably one of the greatest stand-alone tracks not just in Metroid…but in all of video game history. At least, in this writer’s humble opinion. What follows is a masterclass in musical performance. Performance in not just embellishing a particular mood or theme to accompany the setting, but also reflecting (unbeknownst to the player) the current narrative and structural development he/she would go on to explore further on in their play through. Phendrana Drifts was one of the first noticeable examples of traditional instruments used in conjunction with their electronic counterparts. Not only did this musical symbiosis symbolise the game’s overarching theme of natural ecology and man-made (or should that be Pirate-made…or Chozo-made for that matter) artifice, but it was also another one of Prime’s clever means of story-telling away from the standard of outright showing it to the player.

Casting similarities to previous tracks in Metroid’s entire discography, you could say Phendrana shares a lot of common ground with the two-part Upper/Lower Brinstar from Super Metroid. While Brinstar was admittedly a more devious bait-and-switch — a spry and upbeat tune one minute and then ominously ambient and uncertain the next — to further symbolise Zebes’ contradictory stance as both familiar yet unfamiliar to both Samus and ourselves, it shares common-ground with Phendrana, from a thematic context, in trying to lay an emotional foundation in how these areas and regions impact on the player and the player-character. If we’re going purely on impact alone, the sudden contrast we feel when leaving one section of Brinstar and entering the conflicting next part, remains one of my favourite moments not just in Metroid but in any game where sound plays an utmost crucial role in the playing experience.

But when we reflect on Prime’s reinvention of story-telling and indeed expanding the mythos and sense of wonder to its World-building, Phendrana Drifts unquestionably triumphs, structurally and sonically. From a pure structural stand-point, Phendrana Drifts can be regarded as a composition split into three distinct movements: the spaciously ambient and organically free-flowing introduction, the upbeat and more synthetic rhythm in its middle part and finally the somewhat orchestral-like climax with its ambiguously tense arpeggios. 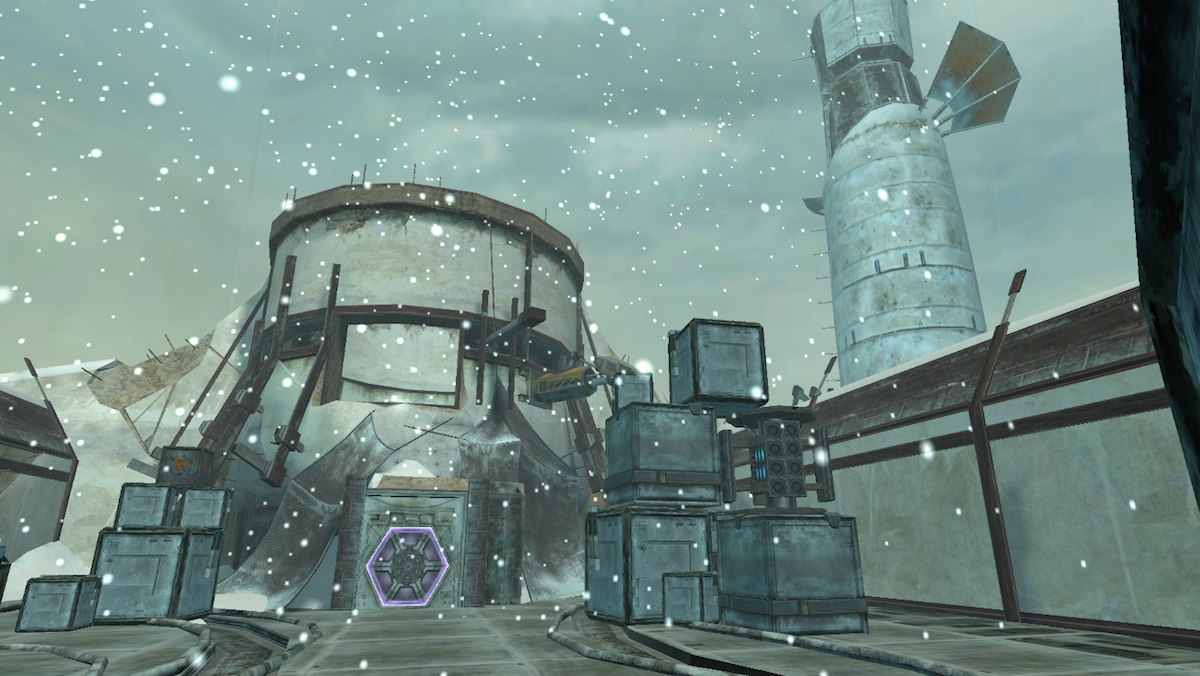 Phendrana Drifts excels as more than just a companion piece because of this intended structure. It acts as a non-verbal script and personification for not the area it’s defining, but also the moment in the narrative where the natural gives way to the artificial. The weightless easing-in of its first phase symbolises Samus Aran — as both the character and us the player — stepping out into this rather wondrous and [fortunately] uncorrupted part of the natural World. It evokes a want and need to explore and rather than immediately making players tense up with uncertainty, it does the opposite. It reels you in; draws you into its delicately wintry abode and invites modest confidence rather than bullish bravery. Soon after, herein where the clever structural choice comes into play, we finally get an accompaniment of what might be considered the rhythm section.

The synthesised drum beats make up a significant portion of Phendrana’s second movement; again unbeknownst to the player at that initial time, they symbolise the region’s latter transition to a more physical, synthetic or otherwise industrialised surrounding, be it via the holy Chozo sites or the antagonistic Space Pirates’ temporary research facility. The fact that the drum sections and more time signature-focused elements take up a considerably larger chunk of the track could too be seen as a subtle intention from a design perspective when taking into account the length and time players find themselves in each of Phendrana’s distinct regions. It’s only later on in the game — after acquiring a few more suit upgrades — do the players, in their eager need to recover lost artefacts, do we come to the slightly more spacious caverns and valleys of Phendrana Drifts’ final third. Something of which the music has been alluding to for a while now. 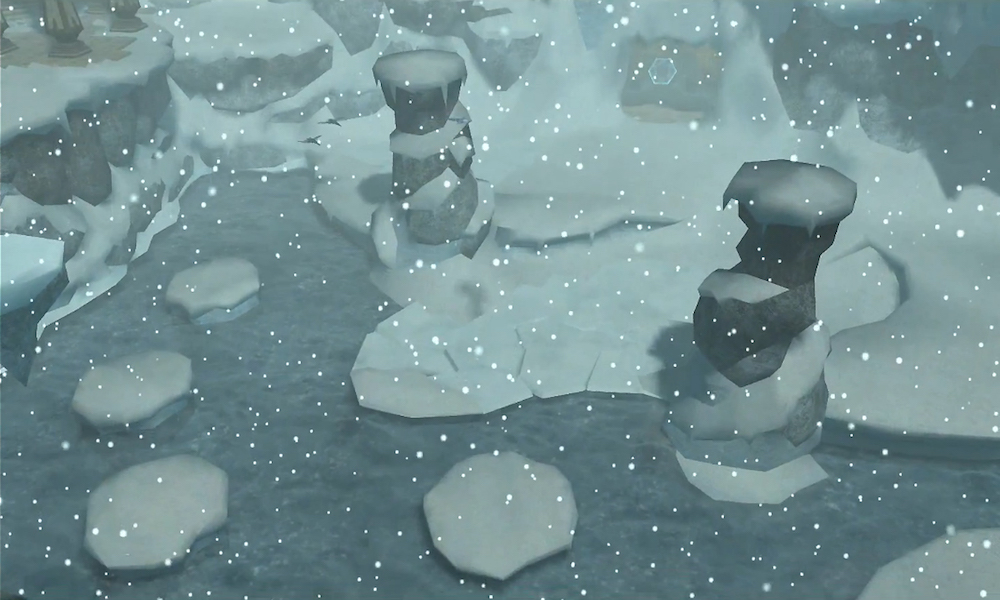 Here, the music kicks up a notch. While not exactly riddling or even preying on player uncertainty, the repetition of its piano-led arpeggio’s not only leave the feeling of a defying “end” uncertain, but in doing so — drawing from the series’ staple on anxiety and atmosphere — remind the player, coaxing them on as a result, that their objective is far from complete. What’s more, beautiful as this may be, Tallon IV remains a foreign and potentially hostile planet. Thus, like the very environments within Phendrana’s more vertically-structured caves and valleys, the score loops back to the introductory sections of a natural climate where its both the land itself and the array of flora/fauna that stands as the obstacle in one’s way. Just one more fitting 2D Metroid mechanic that isn’t so much reused, but rebranded for a 3D plane.

The Metroid Prime soundtrack has been a thing of wonder ever since I first sat through its lush and often visceral array of traditional instruments and electronically-tainted sculptures of sound. And while the game is chock full of moments that owe greatly to the sounds playing, it’s Phendrana Drifts that resonates the most. A single, solitary track that does more than merely accompany the visual elements, but goes one, two, three steps beyond. It adds to the gameplay as much the environment; greatly expands the narrative and emotional weight to its place and moment in the story. Above all else, it makes the combined strength of its level design, aesthetic, lighting and art direction, one of the most palpable parts to any game there’s ever been. Phendrana Drifts is true, unhinged musical genius.