I’ve been waiting to play Hawken for over half a decade.

Developer Adhesive Games first announced Hawken in early 2011 with a work-in-progress trailer. It looked too good to be true: a gorgeous, gritty first-person multiplayer mech shooter more visceral than MechWarrior and more approachable than Steel Battalion. It released in 2012 and built a solid following. Reviewers pegged it exactly as it looked: beautiful, fast, fun, casual. It made good use of the mech concept without trying to be a complex simulation, which would’ve locked it off from all but diehard players. It was to mech games as Burnout was to the racing genre: exciting, arcadey and aggressive. The only problem was that I didn’t (and still don’t) have a PC, so I couldn’t do much more than drool over gameplay footage and imagine what could’ve been.But Hawken came out on consoles last month, so I’ve finally, after five years of waiting, had a chance to play it for myself. And now that I have, I’m disappointed. Hawken is kind of a mess. 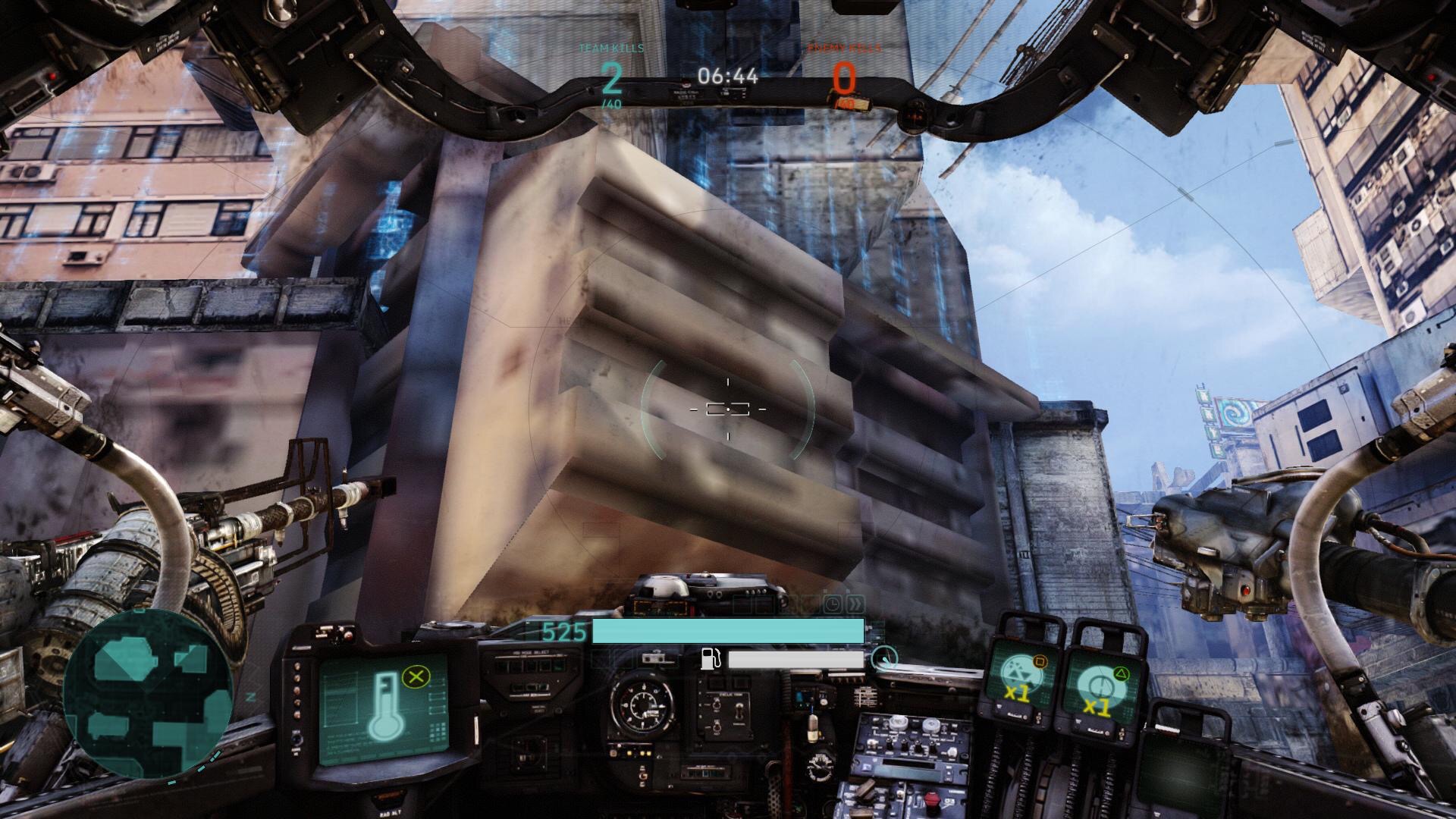 I can’t speak to how Hawken plays on Xbox One or PC, but here on PlayStation 4, things aren’t going so great. The game makes a pretty lackluster first impression with a main menu in desperate need of a modern refresh and no real introduction of any kind. You can immediately hop into multiplayer matchmaking if you’d like, but without any idea of how the game controls or what it’s all about, it’s probably not the best first move to rush headlong into a competitive mode against other players. There is a tutorial mode buried amongst the myriad other options, but like the menu from which you’ll select it, the tutorial shows its age immediately. It’s your typical “simulation” mode where you’ll be placed in a fancy virtual environment complete with wireframe graphics in the background and simple geometry. That can be a nice touch in context of a greater story campaign, but removed from that, it feels a little inelegant and time-consuming. By the time I got into a proper match, I still felt mostly unprepared, but impatient to start playing.

But an inelegant tutorial isn’t really Hawken’s problem; five minutes into your first match, you’ll come to grips with most of the unique controls and mechanics and start learning some basic strategies. No, it’s the embarrassing technical state of the game that sours the experience. 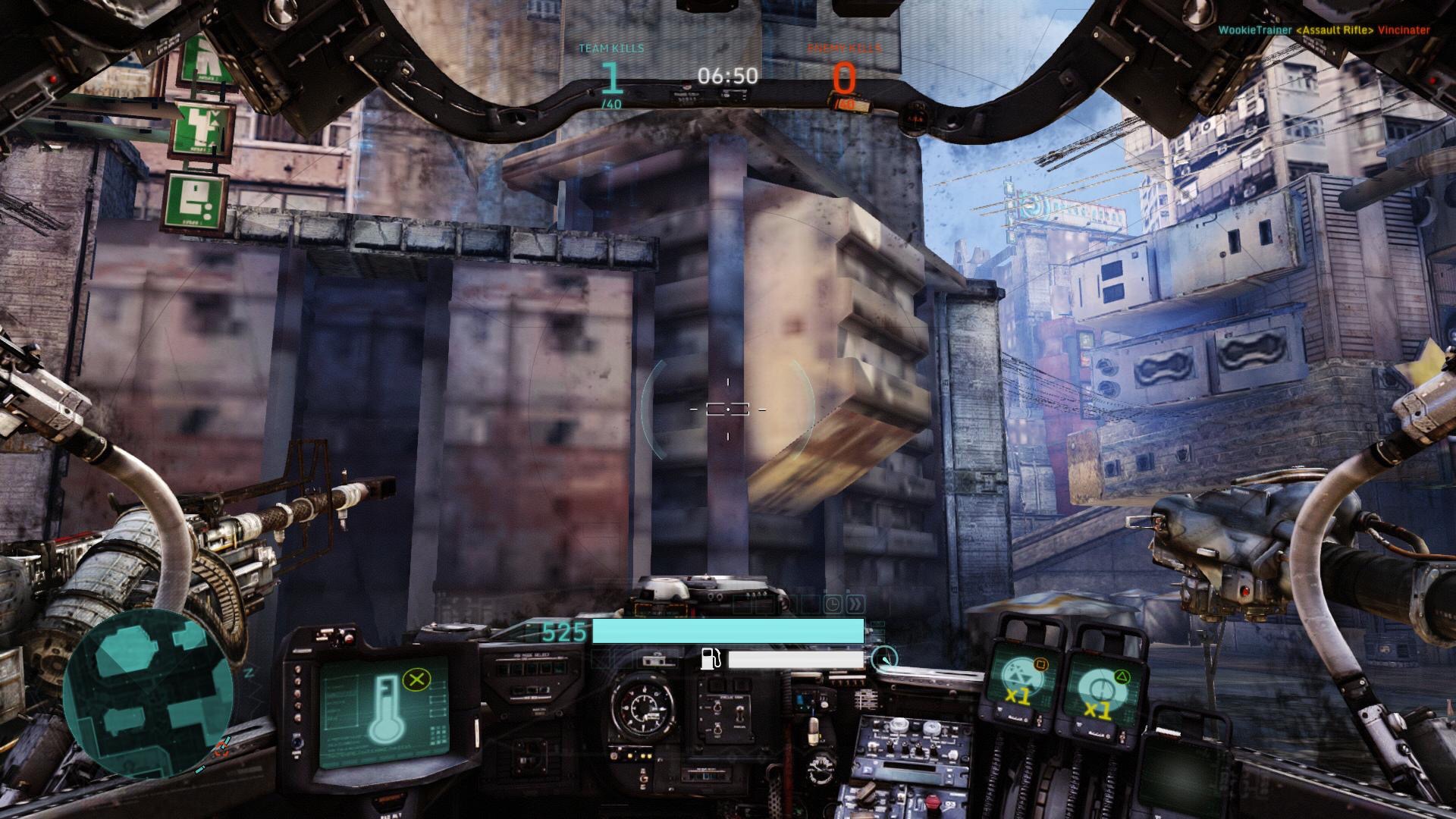 Hawken on PlayStation 4 isn’t a good-looking game. It hitches up at inopportune moments. Its frame rate is wildly inconsistent (but consistently lower than you’d expect from a 2012 game on 2013 hardware). Some textures often take several seconds to load, if at all. It’s ugly and buggy and really quite confusing how it came out like this. These are glaring, unavoidable issues, so how did they make it into the final product? Why was the game released in such questionable condition? Hawken on consoles is already four years late, so there’s not a great case to be made that it needed to be rushed out the door now instead of taking another few months to polish up.

Players might complain about a delayed game, but it’s still better than a rushed one. Most players just aren’t willing to give a game a second look after a bad first impression. If your day one experience is shoddy, lots of players aren’t going to stick around for day two. I have neither the time nor patience these days for a game that launches half-finished with the promise of patches down the line.

So after more than five years of waiting, I finally downloaded Hawken, played a couple matches, then deleted it. Bummer.