Goichi Suda, better known as Suda51, has undoubtedly contributed some of the most imaginative video games in the history of the medium. Whether it’s the cerebral thrills of Killer7 or the over-the-top action of No More Heroes, Suda51 has brought the arthouse to games. Although he’s been working for nearly twenty-five years, Suda51 is showing no signs of slowing down and is remastering the classic The Silver Case for release this fall. In celebration of this release, we’ve decided to curate a limited run series dubbed “Summer of Suda,” which will take a look back of some of his most memorable games, evaluating what they contributed at the time of their release and how history looks back at them today. Keep an eye out for exclusive interviews with some of the auteur’s most famed collaborators like Akira Yamaoka, Masashi Ooka and of course Suda51 himself as they reveal never-before-seen behind-the-scenes info as the series progresses this summer.

Goichi Suda was not always a known name in the English-speaking gaming scene. In North America, it was only with Killer7 that gamers were spontaneously introduced to a video game unlike any other. Sure, it may have been a bit of a niche hit, but the people it touched were absolutely converted into Suda fans thanks to the complex geopolitical storyline, bold art style and general uniqueness of his work. As information made its way out about No More Heroes, both existing fans and the general gaming audience took notice. Here was one of the very few Mature-rated games worth owning on Nintendo’s otherwise rather family friendly Wii. It also seemed like a title that was set to get waggle control correct — or at the very least, make it cooler than it ever had been before.

No More Heroes hit North America and Europe in 2008 and proved to be an outrageous, brash introduction to the world of Suda51 for so many that the sequel swiftly made its way out to Wii as well. This success also appears to have directly aided Suda with allowing more Grasshopper Manufacture games to come west. His sudden rise in popularity also led to companies attempting to milk any Suda51 influence on a project for all it was worth (see: Lollipop Chainsaw). With that said, nearly none of those subsequent games had nearly the degree of attention that Suda gave to No More Heroes. After all, he directed, wrote, and even handled game design on this one. It’s when he has the largest impact that game projects end up oozing uniqueness that few contemporaries have been able to match since. 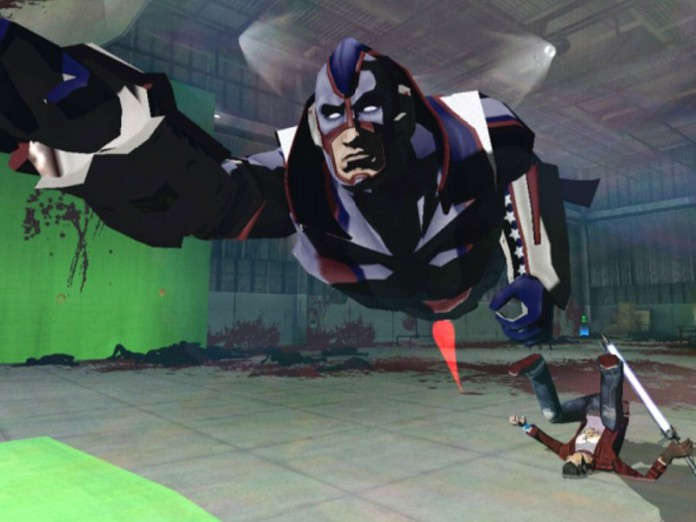 Players assume the role of Travis Touchdown, an otaku dude with an awesome beam katana, stylish outfits, and little else. Modeled after Johnny Knoxville of Jackass fame, he’s meant more as an idiot than as a protagonist to admire. This is cemented by the fact that Travis has very little interest in anything other than becoming the top rated assassin in North America. It doesn’t matter that he might meet a bloody death and never come home to his kitty again. Apparently all that matters it the worthless prestige of having a badass title. This single-minded focus is what drives No More Heroes from beginning to end. But this isn’t some sort of boss rush experience. There’s actually a ton of labor Travis needs to do in order to get up close with any marked assassin.

Apparently the United Assassin Association (UAA) is an organization which not only keeps track of assassin rankings, but also loves to drain its prospective applicants’ bank account. Killing might come naturally enough for Travis, but he’s not made of money – especially the outrageous sums that UAA demands to set up official battles. This leads him to take on all manner of hits, as well as doing other useless chores around Santa Destroy. It’s a really weird mishmash when you think about it. Here’s a stone cold killer with deadly skills spending his free time mowing the lawn or watching anime. In all honesty, the amusing sheen of manual labor wears off after the first few times. Still, you’ve got to make money somehow to furnish the UAA’s wallet. 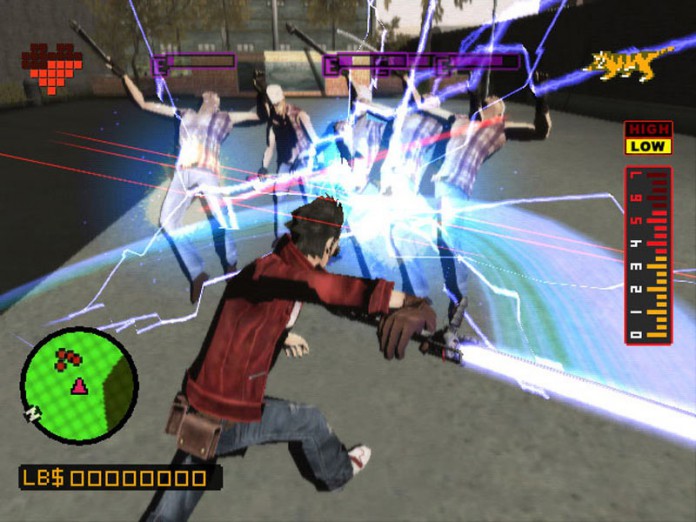 The real fun of No More Heroes is, of course, putting your killing skills to the test. Originally, this required players to dust off their Wii remote and start swinging it around. As Travis attacks baddies, the screen slows down and shows an arrow pointing one of four directions. It’s at that point when the player is meant to swing the remote in the same direction. When done correctly, Travis pulls off a nice killing blow and can move onto the rest of the horde. When the game came to PS3 years later, the Wii requirement was removed. However, folks who wanted an experience as authentic to the original could opt to play via a PS Move controller instead. Honestly though, given how simplistic the swordplay really is you might as well just opt for a regular PS3 controller. In many ways the controls were simply a product of their time rather than something worth reliving today.

Where No More Heroes, and its sequel, really grab attention is thanks to their cast of insanely interesting characters. Each assassin is colorful and completely different from one another. These outrageous men and women, all with their own mindsets, stand as proof that not all assassins are absolute trash like Travis. As any good boss, they also all have distinct attacks and strategies required to defeat them. Getting through the entire batch reveals a lot of ridiculous moments, many of which make multiple playthroughs on different difficulties actually enjoyable. It’s just plain fun how the game never takes itself particularly seriously but manages to create some compelling boss fights all the same. 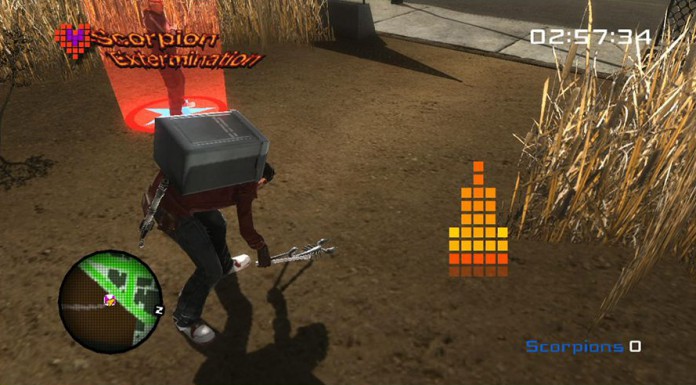 You’ll be hard pressed to find too many games which follow in the footsteps of No More Heroes even now. Aside from Suda’s own output with No More Heroes 2 (and to an extent, Killer is Dead), most developers don’t seem keen on showcasing utterly ridiculous characters left and right. Nor do most big releases delve into bright colors, cornball protagonists, and comical depictions of gore. Even when you add indie games into the mix, it’s still the case that anything from Goichi Suda stands out immediately.

No More Heroes marked a huge turning point for Suda51 from his more older and more serious “Kill the Past” concept by, well, effectively killing it off. Prior to this, you could still feel Suda’s style in games, but they were a bit less freewheeling. If anything, the older games felt closer to traditional Japanese adventure games put through a jazz filter rather than his modern grindhouse style. This new breed of pop-punk, violent expositions which began with No More Heroes is both flashy and fast-paced and can still be felt today with the upcoming title Let It Die. It’s exactly the kind of thing which can — and continues — to lure mainstream folks into the wonderfully mad world of Suda51.