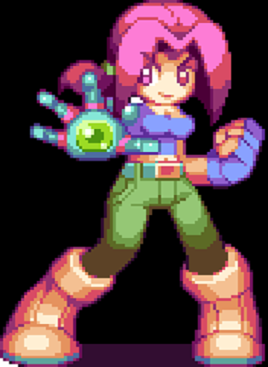 Much can be said about challenge, especially when referring to a game that draws massive inspiration from the old school. It’s a fine line, as nostalgic gamers want to get a taste of the beat down while still being able to enjoy the game. Titles like Shovel Knight and Mega Man 9 knew how to hew closely to the difficulty of yore, while still keeping the obstacles tantalizingly close to the grasp of the gamers. It could be argued that these titles aren’t truly as punishing as the games of the 8-bit days, but it sure feels like they are at times. This is where DYA Games’ Bot Vice comes in.

The baseline concept is something to be adored. Playing like an overhead version of Cabal, this pixel shooter absolutely has a cool core concept. The player is cast in the role of Gold Medal “On-The-Nose Name Haver” Erin Saver. Bot City is under attack from some maniacal machines, and it’s not something that she takes lightly. Armed with a mechanical…arm that allows for different projectile weapons, she takes to the streets to fight off the swarms of baddies.

The gameplay concept is where the aforementioned coolness comes in. Each level is a small arena where Erin can run back and forth across the bottom. Holding up on the stick (because “Winners Don’t Use Keyboards,” according to the opening splash) allows her to take cover. She can lock on, shoot, melee, duck and dodge over the course of the numerous levels. Speed and mobility are a must, though, as her cover can be destroyed quickly by the aggressive opposition. The controls themselves do take some acclimation. The player needs to hold up to enter cover, and release to leave it. This alone causes some issues, as it is easy to hit up on an analog stick when trying to move to the side. Lock on and weapon switching are relegated to bumpers, dodging, shooting, and melee to face buttons. The control scheme does make sense, but as players are forced to deal with a new combat system, it would have been nice to have been given a couple of levels to warm up outside of the annoying tutorial. 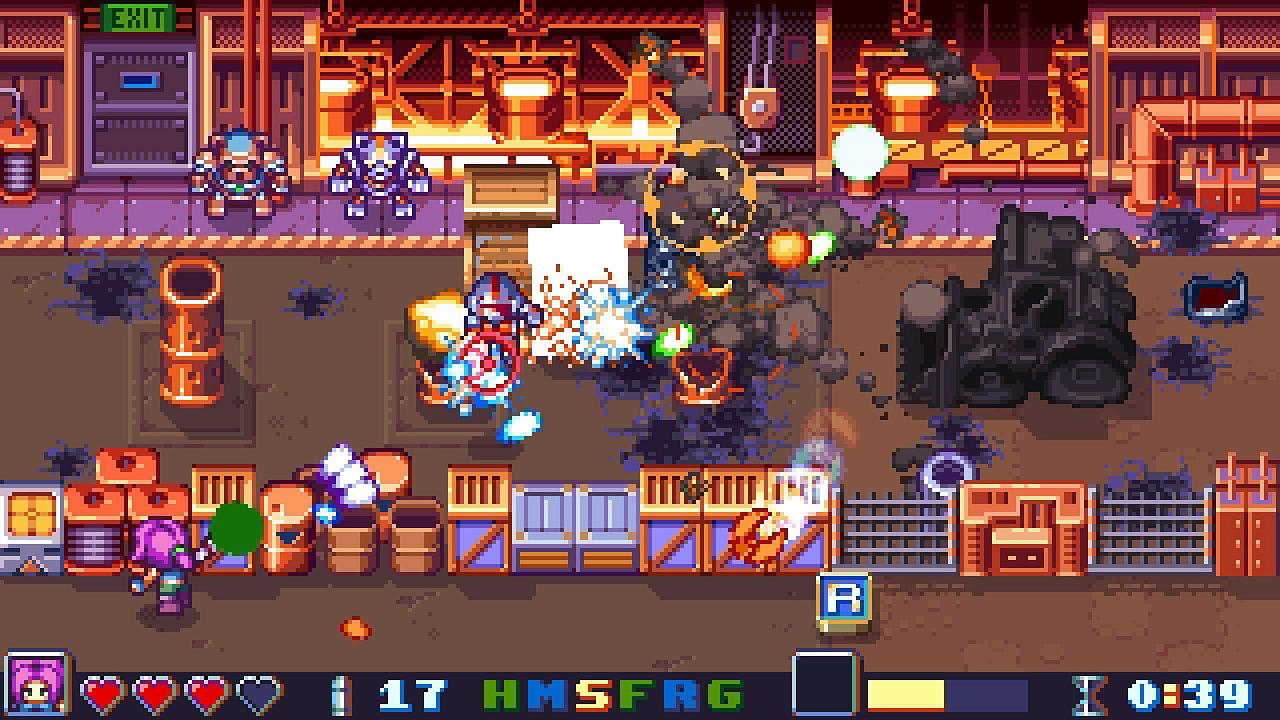 It feels strange to criticize a game for being overly challenging. Speaking personally, I like a decent challenge, assuming it’s fair. That said, Bot Vice is woefully unbalanced. There was a time when games would have their difficulty spiked like the punch at the prom. This was to extend the longevity of titles that would otherwise be seen as a poor value, or to suck quarters, depending on the venue. These days, though, a tough game must tread carefully. Bot Vice does not.

To put things into perspective, even the first post-tutorial slaughters Erin without remorse. It takes innumerable tries to pass the endless onslaught of ordinance designed to peg the player. Even moving and dodging constantly can leave one stuck in a corner, suffering from forced errors. Cover is destroyed, or bypassed completely in very little time. After my tenth failure, I swallowed my pride, and switched to Easy mode. The only difference that could be discerned during my time is that health gets dropped along with the weapons. This was enough to get me through a few more levels.

This is incredibly frustrating, as there are tons of neat touches that will be especially appreciated by old school gamers. The levels are introduced with a silhouette of the boss, much like Turtles in Time. When Erin goes down, which will happen often, she explodes like Mega Man. One could make the argument that gaming as a whole doesn’t need anymore games paying homage to titles of the past, but when it’s done well, they still pull at that special place. It is done well here. The enemies are lovingly detailed in their pixel art form. The visuals are spot on, with enough animation to keep it fluid, but not so many frames as to bog the experience down. If this title was balanced to be slightly more accessible, this would be a winner. 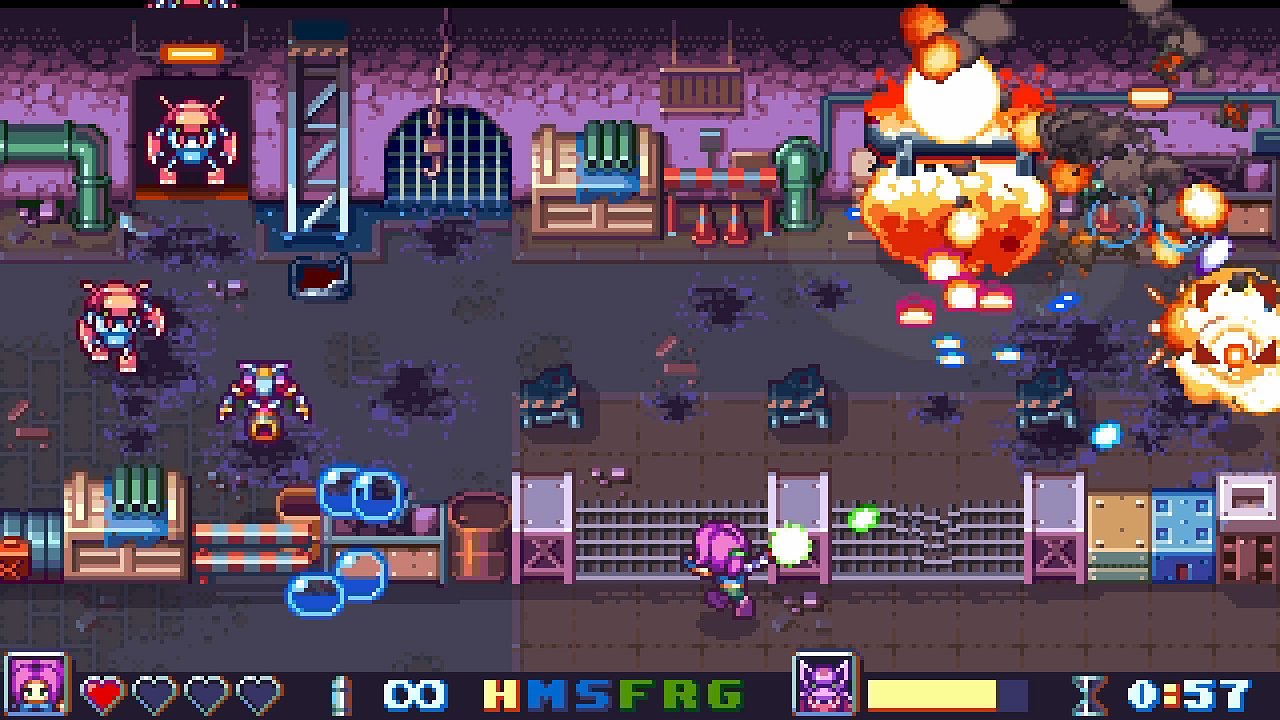 To clear the palate, and because it’s so much fun, I put some time in with Robotron 2084 after I decided I was done with this game. For reference’s sake, I only discovered Robotron in recent years and have no history with the title to feel nostalgic about. It still holds up, though. The ramping up the challenge is perfect, allowing the player to get used to enemy behavior before moving to the next wave. It’s still relentless, requiring an almost superhuman level of situational awareness and quick reflexes. It is a masterwork on how to destroy a player but leave them wanting more. Bot Vice, on the other hand, is missing that magic. With another pass for tuning, the title could be something really special. All the pieces are already there. For now, though, it is something that should only be acknowledged by the truly masochistic.