On paper, Hyper Hippo’s AdVenture Capitalist is the most pointless thing since caffeine-free Diet Mountain Dew. To play, the gamer clicks on a business. The timer runs and money is earned. Continue clicking until enough money is earned to hire a manager, removing the need to click. Save up enough money, and a new business, more shares in an existing business, or an upgrade can be purchased. There is a way to reset to earn angels, which are worth two percent bonus each to the incoming cash flow. Angels can also be sacrificed for additional upgrades. The gameplay itself could be simulated by multiplying two times two and pressing enter on the calculator repeatedly. Yet, I have taken this game and played it through until no more upgrades could be purchased or unlocked through my Android phone, again on my new iPhone, and through the Steam version. This includes the Moon and Mars areas, which don’t take as long.

Part of the reason for this lies in the accessibility of upgrades. Up until the end game, each new dollar multiplier is tantalizingly close to affordability. Just waiting a few minutes means that total profits will be earned at a much faster clip. The other half lies in the fact that the “player” needs only to check on it every so often while still raking in the profits like Niantic on any given day this summer. It’s the perfect mobile game as it only takes a minute out of a lunch break to succeed and quickly reach numbers that no longer have any meaning. 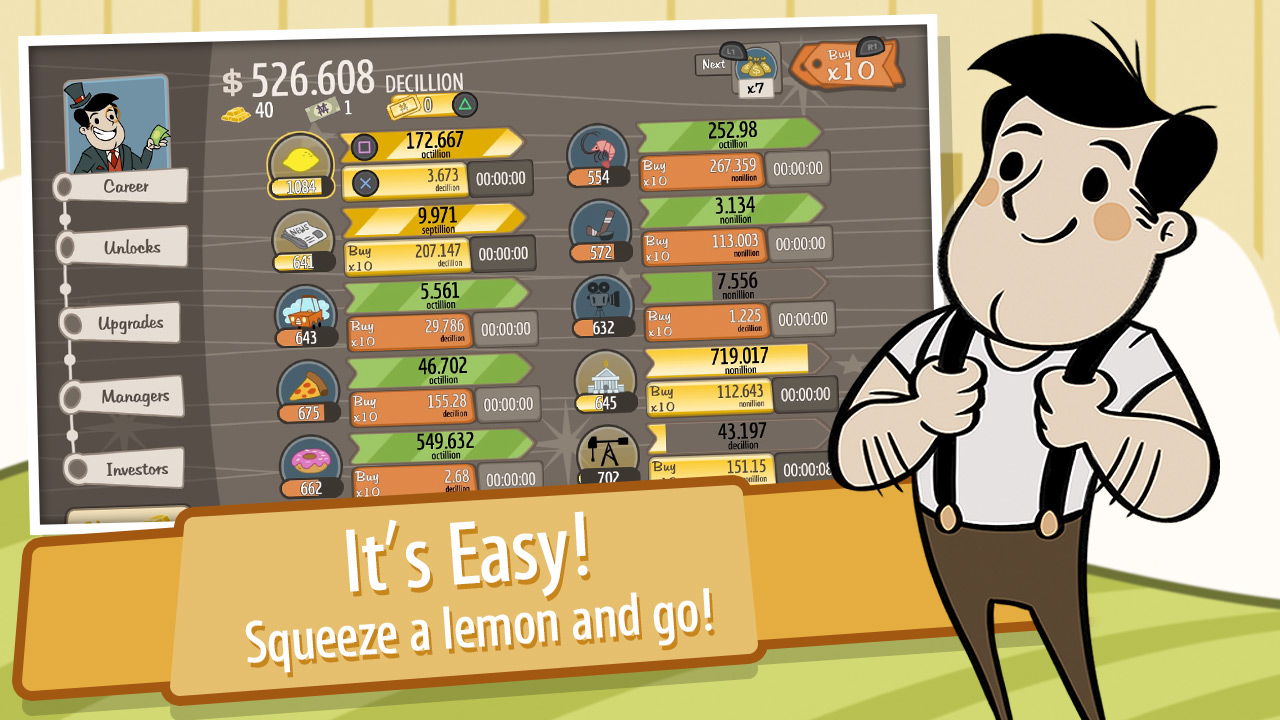 It was, however, released on the PlayStation 4 just recently. This seems like an very odd fit. This is not to say that it wasn’t adapted decently enough. The use of face and shoulder buttons are smart enough to keep things immediate. Still, without the touchscreen controls that a phone or tactile PC can afford, the “gameplay” is cumbersome. The player needs to manually scroll over to the desired business to upgrade, where it was originally designed for a tap. Where it not for the controls, this would be another good version of the game.

The hell of it is, even with this glaring flaw, I’m still going to play it. It’s not like it requires a large amount of time. Not really. (Don’t look at how much time I’ve logged into just the Steam version, or worse,  into Clicker Heroes.) Part of the blame lies in the fact that I enjoy racking up the trophies in the quest to ensure that fellow staff member Chris Shive can never come close to surpassing me. The other reason is the numbers….The numbers just keep getting bigger. 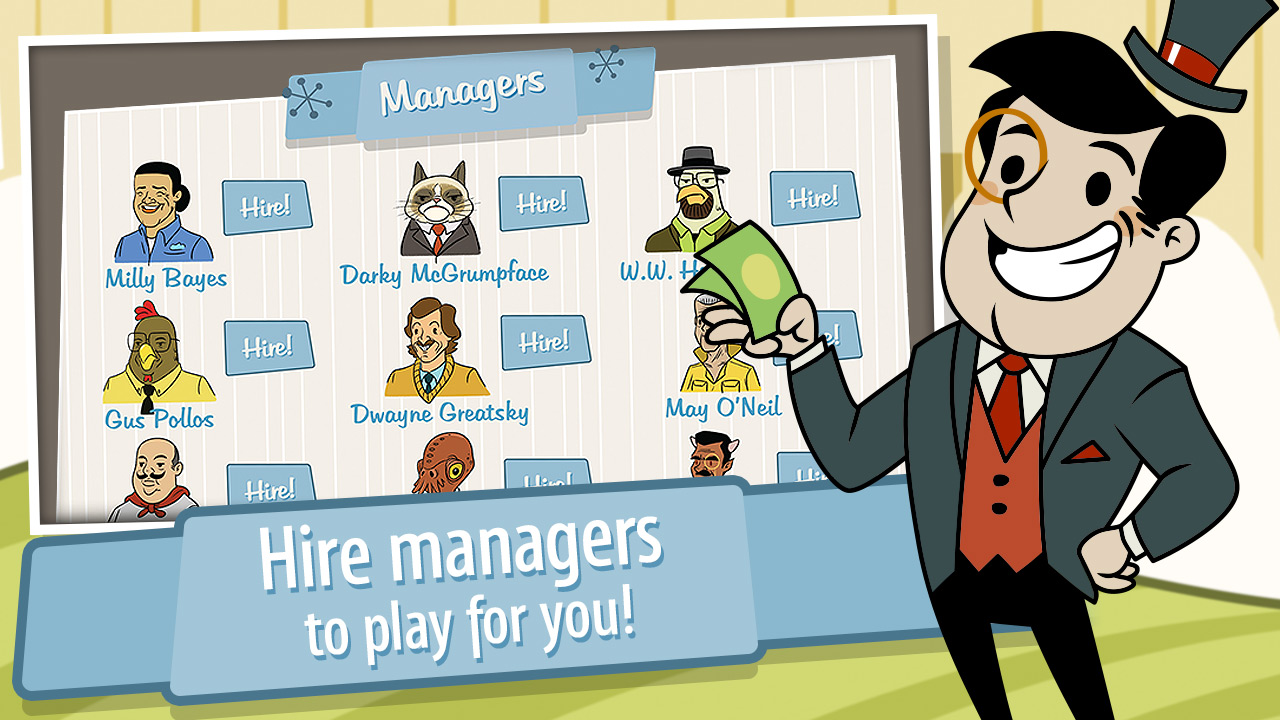 The entire purpose of this piece was an attempt to drill down to why I, personally, cannot stop playing this stupid thing in all of its forms. AdVenture Capitalist is not attractive. Grey and orange colors cover an almost completely featureless screen. It doesn’t feature cute animations, like Tap Tycoon. The music is infectious and evil, with its bright chirpy tone setting the mood for making the money. I also have to turn it off, having heard it for literally days, once all the time is added up. Maybe it’s simply the fact that it doesn’t require skill, making it a perfect pastime for me (Zing!). Whatever it is, I have a problem. I’ll probably start all over again on Xbox One if it’s released there. I would use a six hundred dollar VR headset to watch the meters in virtual space. Please. Someone. Send help.