No More Heroes absolutely rocked North America when it landed on the Wii in 2008. Thanks to such a ridiculous, yet somehow wondrous setting and protagonist, many players immediately fell in love with Grasshopper Manufacture and Goichi Suda. In fact, it may have been Americans who gobbled up the raucous title in the greatest numbers because we received No More Heroes 2: Desperate Struggle first. Yep, we got the game months before Japan (and Europe) did. Despite this, it almost felt as if Suda51 packed far more Japanese-ness into the experience, alongside a heavier dose of utter insanity. Why? Because we loved the weirdness of the first game and were as desperate as protagonist Travis Touchdown to get another one. 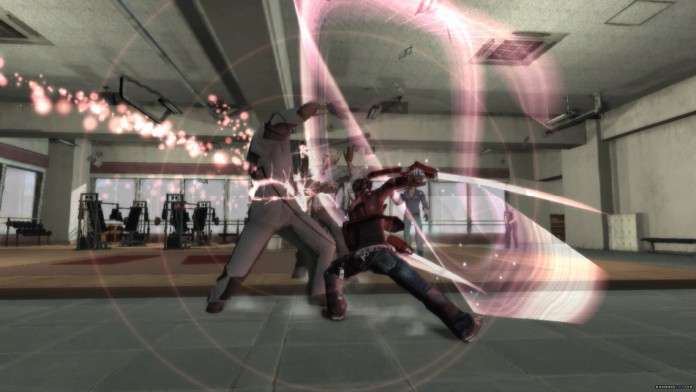 One of the most amazing things about No More Heroes 2: Desperate Struggle is that it truly is thanks to fans that it came to exist at all. Suda51 was quoted as saying that the original game was only meant to be a “demo.” For those who don’t remember the era, the Wii was a strange, exciting new console at the time and many were focused on creating games which relied heavily on motion controls. All the stops were pulled out with the sequel, offering up more blood, more enemies, and more sexual humor. Critically, the title was a success and maintains a score of 84 on Metacritic. Unfortunately, the actual sales performance didn’t live up to No More Heroes. This may be one reason why a PS3 or Xbox 360 port never came to fruition as it did for the original.

None of this changes the fact that fans of No More Heroes should still check out its rambunctious sequel if they missed out on it back in the day. Yes, it does have the same Wii controller waggling – including the masturbatory recharge animation – but there’s more focus on the storyline this time around. Travis isn’t just obsessed with women and winning anymore. Right at the start, Travis receives increased “purpose” for his killing when his good friend (a video rental store clerk) gets murdered. With the death fresh on his mind, Travis targets the man responsible. Amazingly, the man who hired the hit also happens to be the number one ranked assassin in the world. In order to take his revenge, Travis will need to climb back up the United Assassins Association rank from the fifties up to the top. 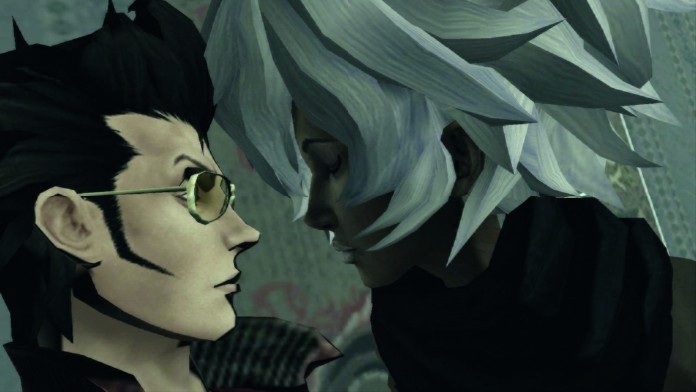 Wait, wait? Wasn’t Travis ranked numero uno at the end of No More Heroes? Yes, but this issue is immediately bantered about and ignored right at the start of No More Heroes 2: Desperate Struggle. In a very Suda-like response to this concern, the characters simply look straight at the camera and shrug their shoulders about this obvious plot problem. In the end, it doesn’t matter – Travis simply needs to engage in the killing of many more colorful assassins. There’s also the fact that this title offered a fair bit of satire with regard to gaming culture itself. After the events of the first game, tales of Travis and his murder spree became so widespread that others flocked to Santa Destroy. The act of killing became a hot new trend, causing anyone from college co-eds to old men to jump into the fray for fame and fortune. Killing basically lost all serious meaning here, which is exactly how Travis originally treated death.

If you loved that absolute punk of a protagonist from the first game then you might actually feel slightly less enthused with how he grows here. Not only is Travis given increased awareness, but his horndog nature is (often) extinguished in favor of a humanistic approach. The man who once reveled in killing now hesitates to kill off those other ranked assassins. Instead of falling for any woman who so much as acknowledges his existence, he’s now ever so slightly choosy. To be fair, that devil may care attitude still makes it appearance, but now it almost feels as if Travis is at odds with the world he directly helped to create. When most “mature” Wii games were focusing on pumping out gore with little reason, No More Heroes 2: Desperate Heroes somehow became nuanced in its presentation. 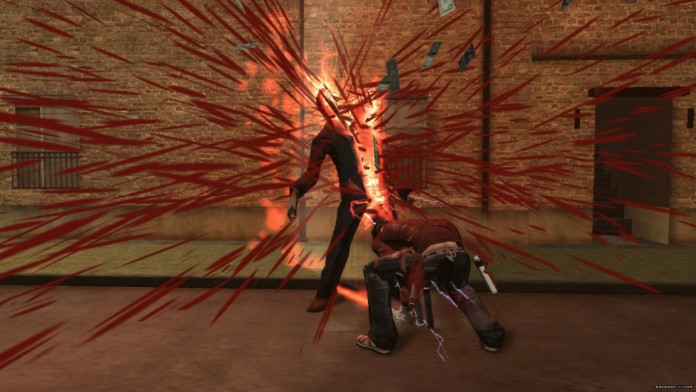 That’s not to say there’s not a heaping load of gratuitous killing in this game. Of course there is! When people die, they also explode into red fountains which rain down blood in spectacular fashion. Beam katanas and other weapons slice away limbs and into heads with ease, causing perfect cuts through flesh (or, for some reason, massive explosions). Bosses this time around are as wacky as ever, especially the final boss which stands as perhaps the most perplexing across both games. A lack of evolution with regards to gameplay does begin to drain on players, though. There’s only so much of killing henchmen and flinging a Wii remote around before it grows tiresome.

As for the ending, it left things on a potentially positive note with room for a sequel. Well, unfortunately, we have seen that a third No More Heroes title never came to pass. That’s not to say Suda51 tired of tales of assassination. He’s been toying with them long before No More Heroes arrived on the scene and continues to this day. While games like Shadows of the Damned only have echoes of this concept, Killer is Dead explicitly honed in on the lone assassin narrative. Alongside being incredibly cool, nearly every Suda51 title manages to show a different side of characters who spend their lives laser focused on killing others.