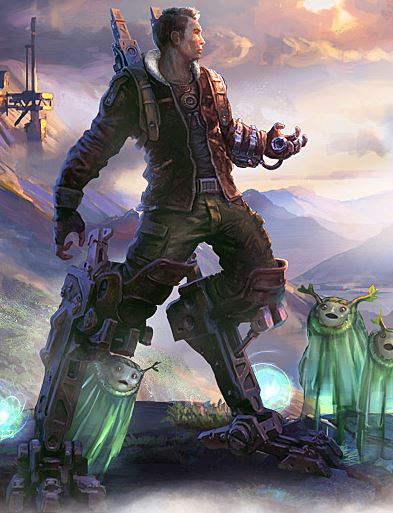 For a hot second last year, it seemed like the entire gaming industry was up in arms about the walking speed in Everybody’s Gone to the Rapture. From the initial outrage over how slowly you move through The Chinese Room’s first-person experience to the reveal of a hidden sprint button, concern over movement speed took over the gaming world. If your response to this was to secretly wish for a so-called “walking simulator” where your character has access to super-human movement abilities, then Valley is the game for you. Blue Isle Studios has crafted a game that, despite having some technical issues on PC and a disjointed beginning, is enjoyable from start to finish. Whether or not this three-hour story would be worth experiencing without its engaging movement mechanics is a different question entirely, but thankfully the whole is greater than the sum of its parts.

Valley has a relatively simple premise, though it’s one that requires a longer explanation. You find yourself deep within the Rockies, inside of a bizarre secret facility-turned-township known as The Valley, where scientists aimed to develop the deadliest weapons of all time. Early on, you discover a L.E.A.F. (Leap Effortlessly though Air Functionality) suit, granting you both superhuman movement abilities as well as the power to harness the power of life and death. Unfortunately, it’s tough to dive into exactly what happened in The Valley during the events leading up to the invention of the atomic bomb without spoiling the entire story. In a nutshell, scientists competing with the minds behind the Manhattan Project were utilizing a mysterious energy source in The Valley with the hope of creating the weapon to end all wars. Your character hopes to find this same source and winds up falling into a bizarre spiral of electric ghosts, audio logs, flashbacks and letters. It’s disappointing that Valley does such a poor job of getting players invested from the jump, since its story definitely travels to some interesting places. 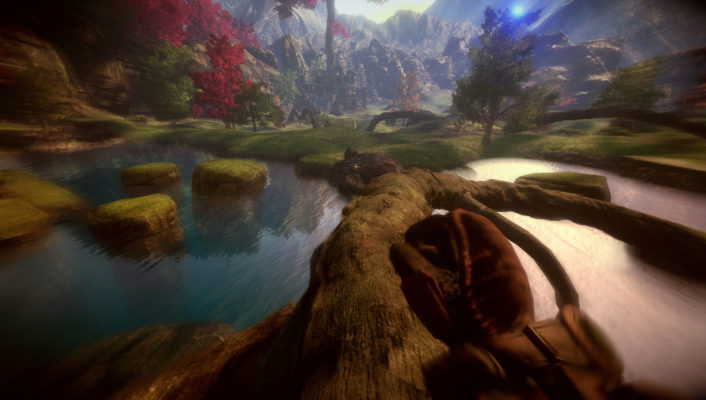 Length shouldn’t be the be all and end all of any discussion about a video game. As nice as it is to be able to play through Valley in a single sitting, which most players will end up doing, the story as a whole would have benefited from a slower start. Games like Firewatch and Gone Home are able to throw players right into their stories because “weird situation in a realistic world” is immediately resonant. Valley leans far enough into science fiction that throwing players into a mysterious environment with bizarre abilities is jarring. Yes, you can extend your time with Valley significantly if you explore your surroundings, but there’s no way to create the extra thirty minutes to an hour at the very beginning that its story needs. Make no mistake, Blue Isle Studios has crafted an enthralling, strange world brimming with interesting stories, but players aren’t necessarily driven to care about it until its emotional revelation near the end. While this holds Valley back from being something special, those who are willing to put in the time to find reasons to be invested in this world will be rewarded. Take a few minutes here and there to read some of the menu-free (seriously, sight-activated notes are amazing) letters and the story as a whole will be more rewarding.

Weirdly enough, the biggest draw of this narrative-heavy adventure isn’t actually its narrative. The L.E.A.F. suit is perhaps the greatest thing to happen to the first-person experience genre, as it allows players to absorb their surroundings at a rapid pace. There’s nothing worse than feeling like you’re fighting against a game’s mechanics (this is why Everybody’s Gone to the Rapture is slightly disappointing), so it’s fantastic to be able to double jump, sprint rapidly down hills and bound across massive gaps. Even cooler than this are the powers to both shoot life energy at dead plants and animals and remove life energy from live plants and animals. The combination of all of these powers, as well as collectibles found in crates scattered throughout the world, grant players access to new areas on and off of the core path. As you make your way through the labyrinthine mountain-side facility, you’ll stumble upon L.E.A.F. suit upgrades, ranging from the ability to walk on certain walls to the ability to sprint across water. Valley‘s length shines here, as you always feel as though you’re moving from new area to new area while constantly gaining new abilities. There’s a real feedback loop to both player progression and the core narrative path itself, albeit with some gameplay hiccups along the way. 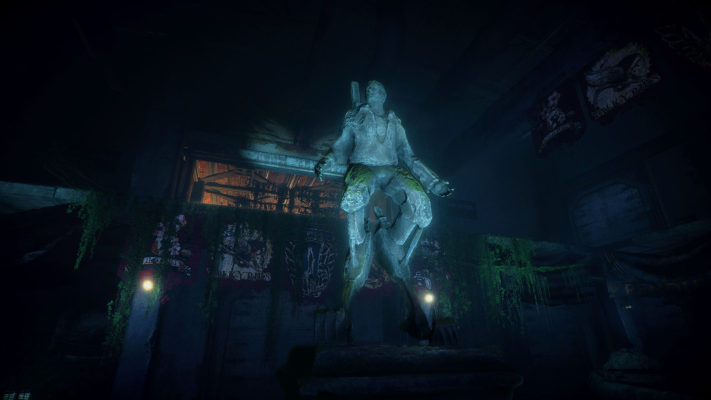 Say what you will about how Valley‘s story stumbles by throwing players right into the action without much build-up. If you’re looking to pinpoint Valley‘s biggest flaw, it’s that there’s way more combat than there needs to be. Throughout the story, players will stumble upon projectile-firing energy clouds, as well as energy demons with various abilities. These foes are never difficult to defeat, so they often feel as though they’re speed bumps on the road to your ultimate goal. Oh, and if you were wondering, yes, there is a boss battle eventually. Even though aiming and shooting projectiles at enemies feels good, the same game without any combat whatsoever seems like the more enticing prospect. Granted, there’s a pretty solid narrative and mechanical reason to include combat, with L.E.A.F. suits sucking life energy out of the surrounding area to heal their dead pilots until there’s no more life in the environment to use. In practice, when players die enough times, they need to restart the chapter, as their previous environment is out of energy. It makes sense that combat would be present in order to make this mechanic work, as platforming is always easy enough to make you feel incredible, but fighting enemies in Valley is always borderline tedious.

Valley isn’t necessarily on the level of, say, The Vanishing of Ethan Carter, in terms of visuals, but it’s definitely no graphical slouch. Sure, this isn’t the best looking game you’ll every play, but its BioShock meets the Rockies vibe and cohesive aesthetic makes it look pretty solid. However, for as great as Valley looks from an art design perspective, it definitely has its technical shortcomings. The combination of a heavy reliance on motion blur and certain textures that temporarily cease to exist removes some of its sheen. Turning off motion blur, while definitely a personal preference, makes for a better, if uglier, gameplay experience. As of this writing, connecting an Xbox One controller seems to make the menu cease to function, with certain buttons perpetually activating (a Steam Controller worked without issue). It’s worth noting that there wasn’t anything that I was able to do settings-wise to run it above sixty frames per second, just in case you’re also a framerate snob. During my playthrough, there was also a moment where I spontaneously warped into a wall and had to reload the chapter from the beginning after a crash to desktop, so beware of some potential stability issues here. 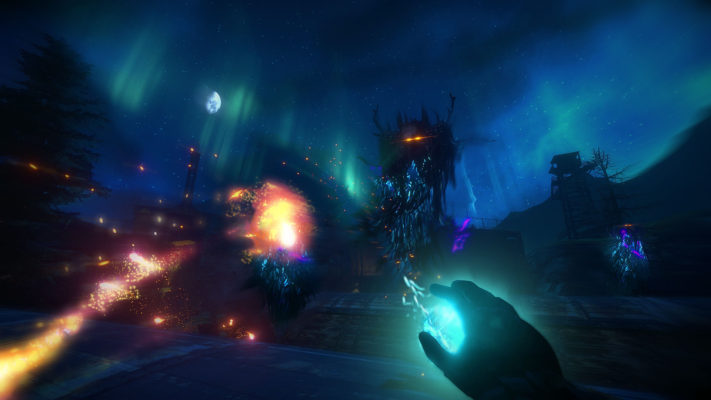 Valley plays host to movement mechanics that feel awesome to use and a story that eventually becomes worthwhile. There are some bumps along the road that prevent it from being the fantastic title it had the potential to be, but there’s enough to like to warrant dedicating an evening to this strange science-fiction adventure. Despite having some interesting narrative twists and turns, Valley will likely be remembered for being fun to play, as the L.E.A.F. suit’s satisfying arsenal of upgrades makes bouncing around a breeze. Granted, it’s easy to see this unique take on the first-person experience fall by the wayside, especially when you consider its initial technical follies and weak player onboarding, but flaws aside, Valley has the potential to serve as an introduction to the first-person adventure genre for players who are used to more combat-heavy experiences. When seen through this lens, it’s clear that its successes outweigh its shortcomings.