The whole Mountain Dew episode, during Halo 4’s build-up and pre-release promotion, has become something of a historic trove for internet humor in recent years, but for those who thought brand partnerships would stop there will have to think again. Xbox has just announced that, in building up to the release of The Coalition’s upcoming Gears of War 4, they will be partnering with Rockstar Energy (not to be confused with the much-loved Rockstar Games of course). 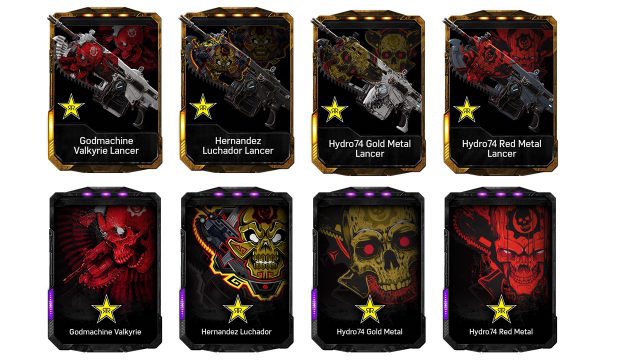 The energy drink company will not only be offering limited edition cans, but through a series of under-the-tab codes, will enable players to unlock what it describes as “exclusive in-game content” as well as being put into a prize draw to potentially win items like a new Xbox One S, a Samsung HDTV, games and more. Judging from the promotional imagery, it appears the in-game content may come in the form of weapon skins, though to what extent and capacity this content will go remains unknown. It’s also unclear if any of these items can be acquired through any other means.

The promotion will start October 1 and will be available across the US, Canada and the UK. Gears of War 4 launches for Xbox One & Windows 10-based PC’s on October 11